Last week was pretty bad for comics. If you’re reading this column, you probably know that. If you don’t, here’s the basics: A man harassed a woman in a public forum repeatedly for a number of years and she called him out on it. He deserved every bit of lashing he got. The lesson, at least to me, is to treat others the way you want to be treated. And if you make a mistake and hurt someone? Apologize to them. Don’t meander, just apologize for what you did and work at being a better person.

Truth be told, I wasn’t entirely sure I wanted to write about comics this week. I thought the comics community had come a long way, but then the sins of the past reared their head with righteous vengeance. Reading Twitter was akin to reading the comments section – there was so much anger – and rightfully so.

However, since I quit smoking over a year ago, my replacement vice has been reading more comics. So I dove right in. 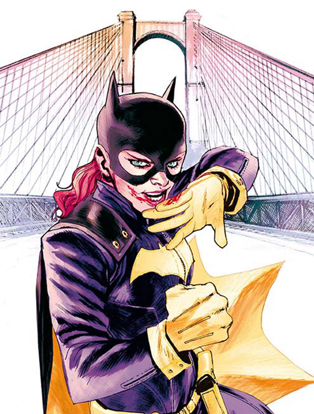 The first book I read was Batgirl: Endgame # 1. It’s a solid done in one comic that takes place during the “Endgame” arc over in Batman. Long story short, the Joker’s turned his insanity into an airborne plague. Said plague has infected nearly all of Gotham City. It’s up to Batgirl to get a school bus full of uninfected away from the horde.

Batgirl and the Joker have a particularly nasty history. So reading a comic where Batgirl has to essentially face a city full of Jokers has potential will almost stir up readers’ feelings and opinions on The Killing Joke. No piece of art is created in a vacuum and Killing Joke will always haunt these two characters

However, the strength of this comic, a largely silent issue, is that Stewart, Fletcher and Bengal take great care to not address Alan Moore and Brian Bolland’s work on the surface. A lesser story would be for Barbara to cower in fear, but instead the creative team has Barbara face a city full of what has to be her worst nightmare come to life with nothing but bravery. She’s smart and an overall badass.

Bengal’s art and colors in this issue are out of this world! It’s a silent issue, so the entirety of the storytelling falls on the artist. There ain’t no exposition to clutter up this gorgeous art! Bengal captures Barbara’s grace and ability. She’s clever and determined. It’s one of my favorite Batgirl comics since the Batgirl: Future’s End one shot (and I dig the current Batgirl series a whole bunch). Honestly, it’s a pure, distilled bit of superhero comics.

I went on to read Frankenstein Underground # 1, Unbeatable Squirrel Girl # 3, Manhattan Projects: The Sun Beyond the Stars # 1 and Princess Leia # 2. I still have a bunch more to read, but the conclusion I came to was that the comics community has come a long way. A book like Batgirl: Endgame wouldn’t have been published even three of four years ago. Today? Batgirl is a huge hit. Heck, it inspired DC Comics to open its line up to more exploration. Our past will always be with us, the trick is to learn from it and be better. 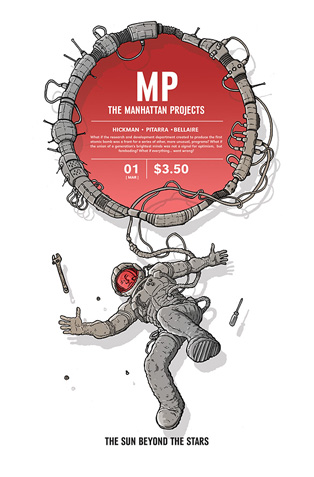 Manhattan Projects: The Sun Beyond The Stars #1

After taking a break after issue 25 for a few months the Manhattan Projects is back. While I admit to being initially confused by the new #1 it didn’t take long for me to go along with where they’re taking the story. I was a huge fan of this comic when it initially came out, with the alternate history of how a group of scientists and military personnel saved the earth numerous times through often nefarious means being engrossing and darkly hilarious. Eventually it felt like Jonathan Hickman was running out of steam though, and as the story moved from World War II to the Cold War the dark gags were feeling repetitive and the narrative from the  perspective of the group was losing purpose and direction, buried under the epic overall story. Part of this may have been Hickman’s workload for other companies consuming his time and hindering his focus on this title. So a break and repurposing of the direction of the series may be just what the psychotic doctor ordered.

Manhattan Projects: The Sun Beyond The Stars #1 focuses on Yuri Gagarin, the dim yet heroic Russian cosmonaut who sets out on an intergalactic quest to find his dog Laika. Unbeknownst to him Laika has gone through a few changes, has mutated into a humanoid, and is having adventures of her own in a Starjammers-like fashion. It appears that Yuri is also having some off-panel adventures, as we catch up with him awaiting trial in a cartoonish intergalactic court full of ridiculous aliens. Think Night Court, but with Harry Anderson performing executions.

This takes place after the opening of the issue, where some criminal aliens are harvesting a tentacle spore that can seemingly overtake entire planets, as one traitorous alien demonstrates on his doomed colleagues (and an alien military/police force that responds to the facility alarm). It’s a scene longtime readers have come to expect from Hickman, who loves throwing readers for a loop with dark violent treachery and mass slaughter, often played for laughs. The “heroes” of this book have done this numerous times, and in fact are often worse than the “villains”.

Which brings us back to circus court. Yuri has always been portrayed as simple, and the circumstances that got him to where he is in this issue is not as much by his hand but a series of coincidence, luck and random circumstance. It’s like a combination of Arthur Dent from Hitchhiker’s Guide to the Galaxy and Forrest from Forrest Gump. The judge lets Yuri off for his crimes because he basically just wants to hang out with the weird Earthling. All Yuri wants is to be reunited with his dog, and as luck would have it he is by the end of the issue, except judging by the haymaker the now-humanoid Laika lays on him she doesn’t seem too thrilled to see him.

I liked the odd left turn Hickman took Laika’s story back in Manhattan Projects#21, and a break in outer space seems like a good turn for the series as a whole. If the format of the comic is now going to focus on individual stories it gives me hope that Hickman and Pitarra can keep things fresh for many more issues to come. Or, as fresh as a series with so much spilled gore and other fluids can be.