This is a reprint of the letter from the editor in Unwinnable Weekly Issue Twenty-Nine – check out the excerpts at the end of the post. You can buy Issue Twenty-Nine individually now, or purchase a one-month subscription to make sure you never miss and issue!

This is one of those rare weeks where I don’t have anything in particular to say to you fine folks. I am not particularly grumpy about anything. There is nothing on the wires that has got me thinking (well, there’s the X-Files news, but Marrone already glommed that). I’ve got nothing. So instead of forcing out some bullshit op-ed, here’s a photo of a sleeping koala: 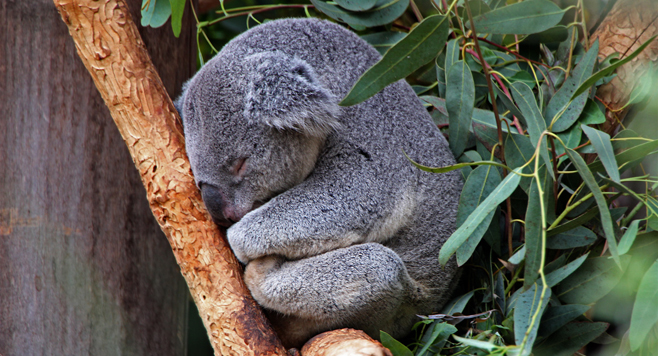 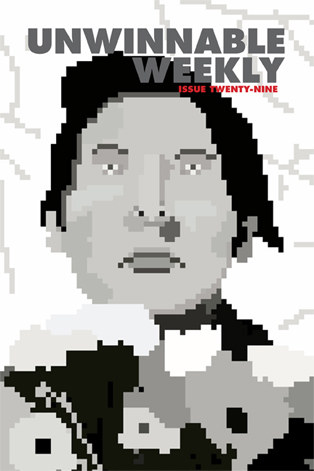 In other news, Monday night Shawn Dillon and I will be recording our first episode of Drunken & Dragons, a podcast dedicated (as you might expect) to getting drunk and talking about Dungeons & Dragons. We’re going to drink for a good couple hours before hand at our local watering hole and get in front of the mic after they close for the night. Then we’ll discuss all the rules minutae and relative awesomeness of monsters that we would have done anyway without a mic.

In short, its the podcast you’ve always wanted.

Matt Marrone examines one tantalizing connection between Twin Peaks and The X-Files: the late Don Davis. In a reprint from 2010, John McGuire and I lament the dumb death of a Dungeons & Dragons character. Holly Green joins us to muse on what performance art tells us about behavior in online spaces. And rounding us out, Gus Mastrapa pulls us back from the cliff hanger last year with the latest installment of Dungeon Crawler.

If you need me, get at me: stuhorvath@unwinnable.com.

David Duchovny. Michael Horse. Michael J. Anderson. Richard Beymer. Kenneth Welsh. All of them – and still others – cross between the worlds of Twin Peaks (my favorite show ever) and The X-Files (the near-spinoff I’m currently binge-watching on Netflix). But Don Davis – God rest his soul – was up to some serious shenanigans. Of all the ties between the two shows – and there are many – Don Davis is the one that intrigues me the most. Compared to him, all the other cameos seem like harmless inside jokes.

“Deliver the Message,” by Matt Marrone

You fall on your weapon and it pierces your skull. Death is instantaneous.

“Requiem for a Dungeons & Dragons Characters,” by John McGuire and Stu Horvath

In “Rhythm 0” the artist stood in front of a table with 72 objects, ranging from the innocuous to the harmful: a rose, a feather, grapes, honey, a whip, scissors, scalpel, a gun, a bullet. The audience was told they could use any of the items on the artist however they chose, assured that Abramovic would not call the police.

“The Audience Can Kill,” by Holly Green

Daisy scanned the smouldering wreckage of the mine looking for a means of escape. Or another distraction. She had inadvertently started this blaze with the pull of a lever. A giant chain had rattled down from the ceiling, sparked against the stone floor, setting the spider’s web afire. Daisy’s gambit had bought her some time, but she couldn’t rely on luck now. She needed a plan.

The Audience Can Kill