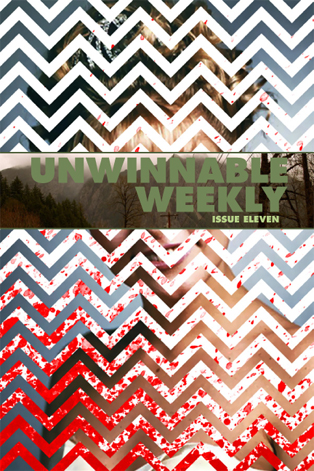 Earlier this week, I saw a tweet in which a reader (Hi Laurie!) expressed dismay at stumbling across spoilers in Jill Scharr’s Transistor story back in Issue Six. The first thing I thought was, Well, that’s odd. I thought everyone knew I hate spoiler warnings. Then I thought, Maybe she only recently started reading Unwinnable. And so I dug into the archive looking for a story I wrote about marketing spoiling scenes in movies. Turns out that story was written four years ago. Exactly. Almost to the minute. How weird is that?

Anyway, this is the internet – no one reads anything that is, like, more than four hours old, let alone four years, so I can’t reasonably expect folks like Laurie to know we don’t do spoiler warnings. It bummed me out, too, that one of our stories had spoiled the ending of a game for a reader – I may be ambivalent about spoiler warnings, but I sure understand that other folks aren’t so forgiving. Unwinnable’s own Steve Haske is notoriously allergic to Game of Thrones spoilers, for instance, so I am sympathetic.

So, first off: sorry, Laurie.

Secondly, Spoiler Warning: we don’t ever tag stories with spoiler warnings. While we don’t go around shouting the details of endings like Frasier on Cheers (how gauche), I encourage my writers to write without restraint on their chosen topics. Folks who have a vested interest in first time narrative surprises should proceed with caution with all of our stories. If you see an Unwinnable story is on something you haven’t yet played or seen, but plan to, you should come back to it after you have.

And, since this is an editorial, permit me to editorialize for a moment.

I am not sure when the idea of the spoiler warning became a near-universally expected internet courtesy (especially when other, more common courtesies are so noticably absent), but as someone who grew up with the twists of Psycho and Citizen Kane embedded in my consciousness long before I saw the films, I find the whole thing puzzling. The surprise is just one small narrative feature of a film made up of direction and performance, it seems silly to me to get so hung up on it.

To each their own, though. I hate olives, mayonnaise, motion controlled videogames and music of Pitbull, too, so what do I know?

In this issue, Matt Marrone spoils the ending of Twin Peaks in his interview with Brad Dukes, the author of Reflections: An Oral History of Twin Peaks. Mike Edwards spoils 1989 in his look back on that year’s summer blockbusters and I spoil the end of the order of the Knights Templar in 1312 (wait up, can you spoil history?). Finally, Gus doesn’t spoil anything in the latest installment of Dungeon Crawler. Except, maybe that apple is getting kind of funky by now.

As always, you can tell me what you think via email at stuhorvath@unwinnable.com. I’ll even publish the good ones. Have a nice weekend!

This is a reprint of the letter from the editor in Unwinnable Weekly Issue Eleven. You can buy Issue Eleven individually now, or purchase a one-month subscription to make sure you never miss and issue!