So allow me to say that that song of yours is just very charming indeed. Golly. I find myself really ill-equipped to say anything intelligent when faced with that sort of lovely self-expression, so I can really only say that I like it and that I’ve listened to it several times wandering around this Montreal apartment. I don’t know how that registers with you, but it’s always something I’m kind of amazed over, the ability for some piece of creative work to exist somewhere far away from the person who made it, having its effects on someone else. Your voice, playing here in Montreal. Seems deep to me sitting at this kitchen table, anyway.

And, actually, let me say other things. It’s very much like a window into somewhere else and I can only imagine it’ll be very powerful in the game. How are you thinking you’ll situate it in there? I make some sort of connection to a song that played in the first act of Kentucky Route Zero right toward the end as you’re heading into the mines (except that in a second playthrough I feel like it wasn’t there any more, eerily).

Also, in its a cappella-ness, it makes me think of a very beautiful sequence in the movie Jesus Son, where the protagonist hears a Mennonite woman singing a hymn in the shower. Which is to say I guess I’m arguing for considering putting in the song with no music because it stands up on its own.

Hope this next week is going well for you, empowered as you are with technology and mighty fine vocal chords.

I think I’m going to have to be pretty brief on the Jostle Parent end. It’s been a real fluster of a week what with travelling to Montreal and doing stuff here that isn’t development. I’m teaching a course on game design in the upcoming semester, for instance, so I have to, like, learn what game design is.

Literally the one thing I’ve accomplished since last time is implementing…doors. Which works, at least. So now you can kind of teleport between the different rooms and have that effect I was talking about, of perceiving the world as a series of screens rather than as something contiguous, which I continue to like, at least conceptually. I have the occasional grand idea about how to use it expressively, but I’m a bit wary of those instincts as the whole thing could get a bit florid quite quickly I suspect.

Nonetheless, doors. And today I finally conquered some stupid bugs that I still don’t have the faintest understanding of how to allow objects other than the parent to pass through doors. So now if you really want to you can shunt a chair from the children’s room through the hallway to the living room and kitchen and out into the garden. There’s no real point to that, it’s just something that happens to be necessary as a natural extension of the furniture being movable and there being doors.

Which, obviously I could make the furniture immovable, but there’s something really pleasing about the fact that it’s physical in the way it is. And, crucially, I’m finding the idea of messiness in the game important. The growing disorder of the various environments over time feels like an important barometer of how you’re living your life as a parent and can even, I suppose, contain memories of frenzied motion to protect a child. So there’s something in there that’s more than just, “Oh, the furniture moves”.

Anyway that’s it. As ever, hoping to do more over the next week, but will just have to see how that pans out. Trying to creep toward putting the children in the house, which will be a pretty big and strange moment, I imagine.

I hope Montreal was a good trip and you are surviving the challenges of working on the fly.  I’ve toyed with the concept of teaching and passing on the rapidly developing understanding we have of what game design is, its tenets, etc.  It seems like a rich opportunity to try and bake one’s own understanding of a craft into some codified, teachable elements – and perhaps a way to reevaluate one’s own habits.

Funny that you made doors this week. I did too, but for Hyper Light, and in a very engineery fashion. I managed to capture everything I built in a single Instagram –transitions are one of those things that I always hide from for a while, because they change the game state at a high level, and make me question everything I think I know about my state machines, how the game is tracking data and whether it can be safely reset.  The great anxieties of programming, I suppose.

Thanks for the kind words about my song. Based on your feedback, I think if I do add any accompaniment to the song, it will be very, very minimal.

Well, I’ve been on a programming roll, but once again on other games. Need is a strange beast for me, because it represents my personal struggles, but also has become an object I look at when I want to understand the state of my craft. Each week I write to you, I face the disappointment of, “Oh well, I don’t think I’ve made much progress on this,” but then in looking to compensate and show that I haven’t been totally unproductive, I point out to you, and thus to myself, all the other progress I’ve made during the week. So I guess, despite my failures on Need, it helps me to drive forward on Hyper Light Drifter and Kyoto Wild.

Aside from my Hyper Light doors and other deep tools development I did for the game, I’ve been doing a complete restructuring of Kyoto Wild – cleaning up a year’s worth of mess. I think I’ll be finishing that today. My goal is to set up a new weapon other than a sword in the game today. I’m thinking perhaps a pistol, because if those two weapons can work with the same weapon system, I’ve successfully built something flexible that will support such future weapons as perhaps Chopsticks…or A Horse.  We’ll see!

Oh, I also have been working on a music video…based on a talk I gave during E3…that should be revealed soon, but here’s a silly screenshot 🙂 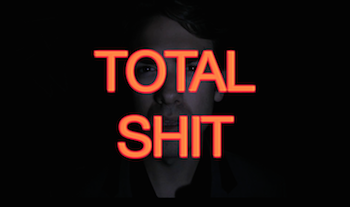