I’ve never gotten really, literally addicted to a game, although at points in the past I’ve put myself on a path that could’ve led in that direction. The closest I ever got was with Guild Wars. I was probably 14. 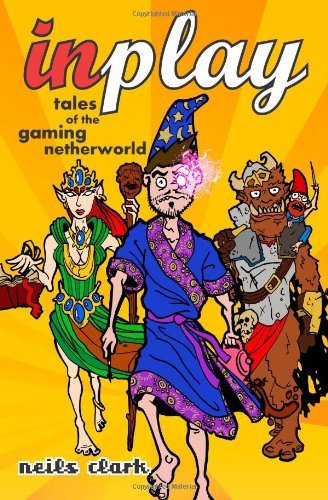 I’d heard stories about the fun times people had in MMO guilds and I wanted badly to be a part of something like it. The possibility of crafting some sort of alternate persona which would be “known” by others (potentially millions of others, in my imagination) seemed enticing. I could live a second life, I thought, trying on different personalities to see how people responded to my alternate, imagined selves. I worked my way into a powerful group, but quickly tired of the game and stopped logging in. Honestly, it mostly felt like work, and I didn’t have the dedication for it. I went off and did other 14-year-old boy things (like write about videogames for websites who didn’t know I was 14).

Neils Clark’s experience with MMOs differs quite a bit from mine. He spent years trapped within them, struggling with a powerful addiction that he writes about in his new book In Play: Tales of the Gaming Netherworld. Clark has already co-written one book about his addiction, but in In Play he’s escaped the grind, returning with some things to say about games and the culture surrounding them.

Clark describes his addiction as a sort of existentialist conflict: he found more meaning in World of Warcraft than in his actual life. At his worst, Clark raided with his guild for eight to fifteen hours per day, seven days a week, for five straight years. “When I finally re-emerged in a (mostly) final manner, five years later,” Clark writes, “I had five years of culture to catch up on. Books, movies, games, news about the world.”

Clark, in his whirlwind tour of issues affecting games and games culture, does take a moment out to chide developers who employ manipulative “rewards” to keep players addicted: “Cut that shit out. Make something fun,” he says. But he blames his addiction (partially, at least) upon a variety of sources.

One which I’d never thought of before is the other addicts who form social groups like guilds in MMOs in the first place. Clark writes that when he was raiding daily in WoW, members of his guild expected everyone to be on time when a big fight was in progress, regardless of real-life obligations like work or family. Clark himself became one of the intolerant ones, especially when his guild was working to become the first guild ever to take down the titanic WoW boss C’thun.

“We’d all invested about five months of work, easily 40 hours a week – if not 60 – all working up to this one fight,” Clark writes. “Our stinking selves, stewing in sweaty seats, eating god-knows-what while we stare at computer monitors for eight hours straight.”

When one guild member, Nilhouse, began showing up late for raids, he seriously imperiled the guild’s chances of beating the boss. “We really weren’t in the mood to hear about his daughter’s ballerina recital,” Clark writes.

The narrative Clark has constructed for himself is that games are both the thing which nearly killed him and the thing which ultimately saved him. He says his experiences with shorter games like Atom Zombie Smasher and Flotilla gave him a new perspective on the relative worth of his time spent in WoW. The games were hard, forcing him to kick his brain into gear. They challenged him, and in doing so made it clear how unchallenging and ultimately unrewarding life spent in WoW‘s grind can be.

“Learning to play better games really was my ticket out,” Clark told me in an email. “Atom Zombie Smasher and Flotilla were, in this very not-hyperbole way, games that changed me.”

It’s a feel-good takeaway, but it also feels too tidy, as if the whole experience of being trapped in addiction for half a decade is somehow now “worth it” because of a gaming-related revelation at the end. Clark isn’t saying that directly, but that’s the sense which is imparted when he writes things like “Games can show us any experience within or without the human experience. Everything is on the table.” 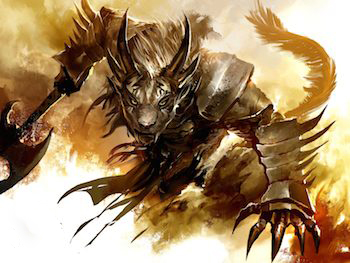 One of the best things about Clark’s writing is that he makes connections between games and disparate places, whether he’s weaving in concepts like Maslow’s Hierarchy of Needs, illustrating points using Irish lore and language, or quoting from radical behaviorism founder B. F. Skinner. Clark refuses to write about videogames using only other games as reference points, and in that he is an unfortunately rare breed. I think the rationale for games writers who only reference games in their work goes something like “gamers just play games, and so will understand a reference to Call of Duty, but probably not one to Abraham Maslow.” Or, I don’t know, maybe most games writers haven’t heard of Maslow.

Just recently I pulled the plug on a feature article I was writing for a major games magazine when, after turning in the first draft, I was told by the editor that more than a couple of references to non-gaming examples or comparison points would make the magazine “appear pretentious.” As if connecting games to elements of culture which are widely considered to be more meaningful or “adult” would be somehow disingenuous.

The problem with that philosophy is there’s very little that can be understood about this world if you’re not willing to look at it through something other than a videogame-tinted lens. Games are a part of the world, and they connect to it in some truly beautiful ways, but it’s not possible to see the most powerful connections unless you step away from a screen for a bit and absorb some truths which can’t be – are at least aren’t being – communicated by our young medium.

Does not wisdom call, and understanding lift up her voice? On top of the heights beside the way, where the paths meet, she takes her stand; Beside the gates, at the opening to the city, at the entrance of the doors, she cries out… 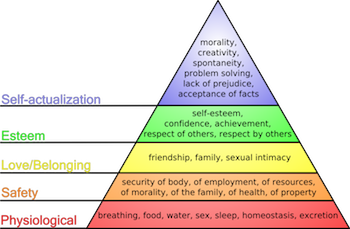 Clark is the type of person who wants to better understand the world. It’s important to understand that many people – sometimes it seems like most people – don’t share that trait. If I could summarize In Play (which is hard to do given its all-over-the-place format), I’d say that it is an attempt to understand videogames and the forces surrounding them. When I met Clark at GDC a few weeks back, he told me that he sees In Play as “a letter to my younger self,” and that shines through in the book’s tone: kind, observant, instructive.

I wish I’d read In Play when I was younger, because it succeeds at its goal of discovering and communicating a deep understanding of games. Like Clark, that’s something I’ll always be chasing.