Lizzie danced around with a zombie, on the front lawn of the house where she, her sister Mika, and the two adults they were traveling with, Carol and Tyreese, had taken shelter. Carol was making tea in the kitchen, enjoying the luxury of clean water pumped out of a nearby well and a functioning gas stove.

When Carol looked out the window and saw Lizzie laughing and twirling as the zombie growled and made desperate swipes at the little girl, Carol dashed outside, knife in hand.

“No, no, no!” Lizzie screamed as Carol knocked the zombie to the ground and stabbed it through the head with a trench knife, the thick metal knuckles wrapped around Carol’s fingers. 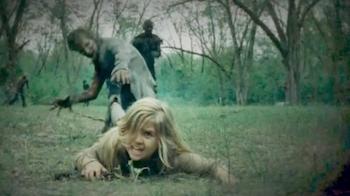 “She was playing with me! She wanted to win!” cried Lizzie, as if they’d been playing a game of tag.

“She wanted to kill you,” Carol said angrily.

“What if I killed you?” Lizzie screamed. “You don’t understand! She didn’t want to hurt anybody! She was my friend, and you killed her!”

Lizzie doesn’t seem to understand that zombies are dead, because she keeps getting upset when people kill them. Carol didn’t know this yet, but Lizzie also enjoys butchering bunny rabbits and staring at the corpses.

As I watched the scene, I imagined taking Carol aside and saying “We need to get rid of Lizzie, because she’s clearly out of her fucking mind and she’s going to get the rest of us killed.”

I bet that’s precisely what people would say about me if the zombies rose and I was denied the therapy and meds that keep my bipolar disorder from rearing its ugly head.

If, in the face of constant pressure to survive, I began to suffer bursts of anger or energy which I couldn’t immediately control, and if the stress of worrying about when I might become unraveled outweighed my usefulness, would people look at my aberrations, see them as weaknesses and decide that I wasn’t worth keeping around?

As some of you may have either watched the rest of the episode of The Walking Dead I’m referring to or read the comic book such that you know where that storyline is going, this is the part where I have to say that I don’t actually have anything in common with Lizzie other than in the metaphorical sense of her having some sort of mental illness.

Thinking about Lizzie as “mentally ill” versus crazy had happened earlier in the episode.

Lizzie and her sister Mika had been attacked by a zombie that tumbled over the front porch of the house while Carol and Tyreese were inside clearing the place. Mika shot the zombie in the head as it crawled towards her and her sister. The adults came running outside to make sure the girls were okay, and Lizzie started crying.

“Why are you upset, Lizzie?” Carol asked. “Were you scared?”

“Then why are you crying?” Carol asked. 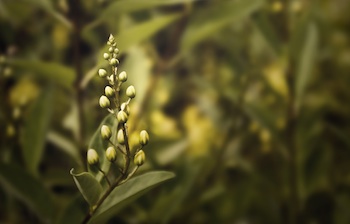 “I don’t want to say,” Lizzie choked out. She collapsed on a metal garden bench and her sister Mika walked over to console her.

“Just look at the flowers like you’re supposed to,” said Mika. “Count one, two, three. Come on. Count together. Look at the pink ones over there.” Carol and Tyreese stared as Mika and Lizzie counted down. Clearly something was very wrong there.

I’m pretty sure that what Mika and Lizzie were doing was something similar to what I’ve been taught as “mindfulness.” It’s a meditation practice that, at least the way I understand it, is wrapped closely into Buddhist thought, the idea that one can tackle all the anxieties and misplaced priorities we wallow in as human beings by focusing intently on the here, and the now, and realizing that the moment is all we actually have.

I mark myself as a potential liability to any employer, organization or group who might otherwise be interested in me once I make the admission that I suffer from mental illness. I have to be specific about what I have – bipolar disorder – and that it no longer makes me a liability because it’s under control, thanks to treatment.

Even so, there’s nothing I can do to prevent someone reading over the phrase “mental illness,” or more specifically about bipolar disorder, and lumping me into whatever stereotypical images run in their head when they see the words, and dismissing my potential without a second thought.

Because then I just represent a can of worms they’re afraid they might have to open someday, and don’t want to. Not when someone else can do the same job I’m trying to do, but without presenting the potential hassle of dealing with something most people are afraid of.

And I can’t even blame them for it.

People try to be supportive, and to tell me that what I’m writing here isn’t true, and that people have grown more tolerant and understanding about mental illness and that I shouldn’t want to work with anyone who judges me for it anyway.

To which I want to but never say, on the first point, “what’s your evidence for this?”

When Salon wrote about my Kotaku piece on being mentally ill, loving violent video games and never wanting to kill anyone, I made the mistake of wading into the comments. I thought about grabbing some choice quotes to illustrate my point about the lack of this tolerance and understanding which friends and family would like me to believe isn’t there.

I decided not to go back because I didn’t want to read people saying things like “He may be safe now, but what about later?” There may be trolls on the internet but I can’t blame someone for feeling this way. We still don’t talk openly and often enough about mental illness for most people to understand anything. 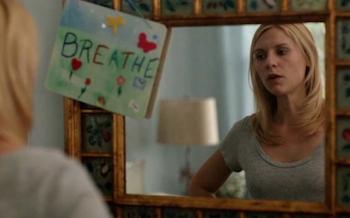 There’s a reason why the character of Carrie Mathison on the Showtime drama “Homeland” is depicted as being dangerously unstable, owing to her bipolar disorder, when she gets off her meds. That is at least a conversation about mental illness taking place in mass media, like when Sally Field portrayed a woman with bipolar disorder on NBC’s ER.

“Is this ever how he thinks about me?” I ask myself. “Does he ever worry if his daughter has to deal with this sort of thing from her husband?”

Which makes me want to respond to that second point about not wanting to work for anyone who judges me on the basis of my bipolar disorder, saying that I wouldn’t blame my wife’s father if he did think that way. Unless he’s gone out of his way to learn otherwise – and my hope is that over 15 years my wife has had time to explain my realities to him – why wouldn’t he worry about things like that?

And who could blame him?

The moment Carol interrupted Lizzie in her insane game of tag with a zombie, any empathy I’d had for Lizzie when she and her sister were looking at the flowers and counting down was gone. Lizzie had gone back to being “fucking crazy” again, and was a problem to be dealt with permanently.

She was going to hold back everyone else. She was going to put them in danger. She was like a computer bit a binary digit that can only hold one of two values, and it wasn’t worth the risk of waiting for her to flip again.

I don’t write about this more often because I don’t want anyone to think of me as a bit changing state from 0 to 1, appearing normal at one moment and showing some sign of my mental illness through the cracks at another.

It’s also why I isolate myself from groups. It’s easier just to keep my distance, even if the times when I do surround myself with wonderful people I feel connected, accepted and at home. I never know when they are going to flip on me and decide I’m not worth the trouble anymore.