I became your mayor at the tail end of March, after a few late-winter check-ins, before the outdoor seating area was open, so I can’t exactly say I have a mandate to rule.

Still, as the current Foursquare mayor of the world-famous Bohemian Hall and Beer Garden in Astoria, Queens, I do have five simple rules I will be establishing in the coming days (or hours), before the mayorship is stolen back by an even bigger degenerate than myself. 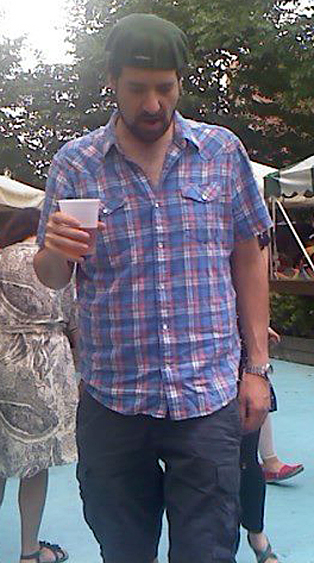 1. They also serve lousy beer here because it’s what the rabble wants. But at heart this is a Czech establishment, and the Czech Republic drinks more beer per capita than any other country for a reason. I was once attempting to get a beautiful, rail-thin Czech girl drunk while I was living in Prague. I weighed close to three bills at the time, and she all but had to carry me to the bus like a wet noodle. Long story short, I didn’t get laid, so before a domestic beer or Heineken is served to a customer, they must first order a Czech pivo.

2. That pivo should be a Staropramen. My old flat was a short tramvai ride from the brewery, and let me assure you there is nothing better than to see the sun shine through a glass of this classic amber pilsner, especially when that glass is way bigger than any beer glass you’ve ever seen before, you’re on your third one and your roommate is waiting for you to empty it so he can stuff it into his coat and add it to the collection in your makeshift living room wet bar. You who don’t know any better will thank me.

3. Why not try real Czech food, too? Sure, the grill serves up some mean French fries. But how about sweet beef Sví?ková or delightfully chilled utopenec? The former may become one of your favorite dishes; if you like the latter, you might as well pack your bags and move to the motherland because utopenec is cold sausage served with raw onions and a gallon of vinegar, and your well-meaning server will probably try to talk you out of ordering it. For dessert, ask for some Pala?inky for the whole table. It’ll help mask your utopenec breath.

4. Every Sunday, from approximately 3 p.m. to 4 p.m., rain or shine, the beer garden will close, and all patrons will be required to walk over to nearby Astoria Park and play Wiffle ball. No one will be permitted back into the bar until everyone who wants a turn to bat has had one.

5. If you see a doofy, drunken white guy this summer in his mid-30s wearing a felt Staropramen hat shaped like a bottle cap, furiously reliving his glory years between college and graduate school, stop over and say hello.

Your soon-to-be ex-mayor would love to meet you.

Matt Marrone will have probably lost his mayorship by the time you read this. You can follow him on Twitter @thebigm.

Joy of a Toy