Compared to previous years, the 2013 Electronic Entertainment Expo has been full of interesting moments. From Nintendo’s inexplicable willingness to coast through another year to Sony’s meticulous (and gleeful), step-by-step tear down of Microsoft’s hostile consumer rights policies, the gaming industry’s annual showcase has left us with a lot of questions to munch on concerning the new generation of consoles.

Here’s one: Why is there a new generation of consoles?

Every time new PlayStation 4 and Xbox One games are revealed, I can’t help but think back to Ubisoft CEO Yves Guillemot’s declaration that the industry has “been penalized by the lack of new consoles,” that the PS3/Xbox 360 generation was too long, and that new systems “help creativity.” The words just seem baffling when seemingly every new project is a sequel, racing title, or shooter of some sort. 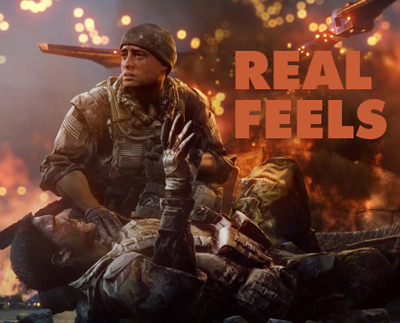 Even this year’s uncontested E3 winner seems a little confused. Speaking to the giddy reception his company was bathed in following its press conference, Sony’s Scott Rohde said that, “In a way it’s a little bit sad in that what we’ve been doing all along gets such a big cheer.”

No kidding. Rohde was referring specifically to Sony’s decision to allow people to continue trading in used games, but he might as well have been talking about next-gen systems in general. As much as some developers have stated the need for new consoles to spur innovation, E3 2013 has been all about wildly different reactions to status quo products.

It’s easy to criticize Microsoft, whose DRM policies essentially require you ask for permission every time you want to play a videogame. Considering the circumstances (and the $500 asking price), it’s no surprise that many are balking when presented with a line-up of more Halo, more Forza, more gunning and more stabbing. When Microsoft’s Don Mattrick says you should just play Xbox 360 if you don’t like the new policies, it’s less an expression of arrogance than it is a startling moment of honesty. What’s the difference, really?

For all its slick PR moves, though, Sony’s vision of big-budget development isn’t much more encouraging. Trotting out Killzone, Final Fantasy, and Infamous sequels highlighted the fact that new technology alone isn’t going to save the industry from its conservative leanings. Watching The Order: 1886 tease us with a mysterious, steampunk-inspired vision of London before settling into a cascade of bullets and shotgun blasts then provided a distinct underscore.

The platforms are here and the restrictions are gone, so where are the new ideas? Sony’s embrace of independent developers, while fantastic, also undercuts the premise that new tech is inherently inspirational, since the most creatively promising segment of its entire conference involved games that don’t typically need next-gen hardware to deliver on their potential. 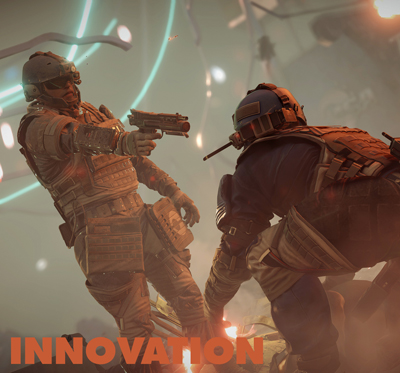 Microsoft has already been criticized for featuring a line-up “borne of fear,” but Sony sidestepped a lot of indifference by playing the console war game better than it has in a long time. A hundred bucks cheaper than the competition, no always online requirement and the ability to trade used games. And so the careful maneuvering between these two giants has obscured the fact that, in terms of content, next-generation seems a whole lot like the last generation at a time when continuity is boring people. Software sales are down along with hardware, and regardless of marketing strategy, both the PS4 and Xbox One are set to offer largely the same line-up (the developers of Titanfall are already wiggling out of their exclusivity agreement with Microsoft).

Before the PS4 and Xbox One were first introduced, much of the conversation revolved around the challenges Sony and Microsoft faced in terms of making consoles relevant again. In the year 2013, why should people still invest hundreds of dollars into a new machine? Tablets and smartphones have radically altered the gaming landscape, so it’s an important question that still has an unclear answer if you’re looking for the industry to shed some of the aforementioned fear. The battle over consumer rights has unexpectedly taken center stage, and while it’s an important debate to have, it’s also served as something of a distraction from this core issue.

Sony, Microsoft and, to a lesser extent, Nintendo were supposed to showcase why new consoles are necessary to move the industry forward, but instead we’ve been drawn into a tug-of-war between making it more restrictive and maintaining the status quo. It’s hard to believe this situation would’ve inspired cheers a month ago.

Little Nightmares is Rage-Inducing For All the Wrong Reasons