For a few days at the end of March, if you’d been walking around Shoreditch in East London, you might have seen something a little out of the ordinary. On Great Eastern Street, opposite the multistory car park and next door to an expensive “distressed” vintage clothing boutique, you might have seen a new mysterious shop front describing itself as Wilfred Bagshaw’s Time Emporium. 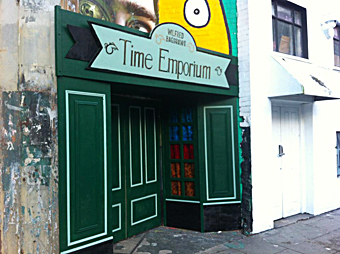 Inside was a Victorian bric-a-brac shop, but this wasn’t the place to come to buy nostalgic, semi-ironic kitsch for your mantelpiece. There were more serious matters at hand: the fate of the world as we know it, no less. Wilfred Bagshaw is no ordinary Victorian bric-a-brac shop owner: he’s a time traveler with a mission and one that you might have been a part of, had you stumbled into that bric-a-brac shop. The mission: to travel back to 1381 and prevent the assassination of John of Gaunt, the Duke of Lancaster and uncle to the teenage King. Failing to do so will create a disruption in the space-time continuum that has catastrophic consequences for the world as we know it.

In order to prevent this disaster, intrepid time travelers must infiltrate the key factions in the town of Brentwood (Essex) before the Duke’s arrival, when the assassination is planned. The factions are the peasants/rebels, the military and the church. Gaining the trust of each faction will involve various missions through which the players can prove themselves. There’s potential danger from all quarters so, to be successful, they will have to have their wits about them and their ears open. If you do manage to save the world as we know it, you will be rewarded for your efforts with an opportunity to remain in Brentwood and party like it’s 1381 until the early hours of the morning. It might surprise you to learn that Daft Punk was really quite popular in the 14th century.

Wilfred Bagshaw’s Time Emporium is a collaboration between the Tom Sawyer Effect, Winterwell Festival, Pan Studio and various other freelance London-based creatives, including myself as mission designer. It combines gaming with theater and finishes the whole thing off with a big after-party. The live scenes that lay out the key moments in the narrative are delivered in a similar way to cutscenes in digital games: the expectation is that the audience will watch them through before moving back into a more exploratory interactive mode. The action in 1381 freezes when players are addressed by Wilfred Bagshaw, again so that they can all receive the key information.

The gaming elements, perhaps inevitably, ended up borrowing heavily from the structure of RPGs. With limited opportunity to playtest anything (staging a play and running a game simultaneously is a particular challenge), we were unsure how the various quests and interactions would work. Perhaps we shouldn’t have been surprised at how smoothly they did go: after all, digital RPGs take as their basis tabletop role-playing games like Dungeons and Dragons. We introduced a very basic form of leveling up (you had to accomplish tasks in order to get ahead within your chosen faction) and this meant that we could provide players with some of the sense of achievement, of what is sometimes known as “grind,” that you associate with an RPG without them having to roll ten-sided dice and fill in character sheets. We also asked the various actors who were playing the townspeople of Brentwood to think of a score out of ten that would represent their attitude to each faction so that they could respond to players according to their own characters’ allegiances. What we provided was a short, pared-down RPG experience, except that we had the great advantage of players and performers being able to use their own imaginations to fashion a particular adventure experience both nights.

Not that the event didn’t have its hiccups, particularly on the first night. There was a bar open throughout and a number of players turned up having already seemingly spent a few hours in the pub (hey, we’re British). The experience started at 7 p.m., so by the final scene at 11 p.m., a lot of people were very drunk and the atmosphere started to take an anarchic turn. John of Gaunt was presented as a bad guy, in many ways, but also as a symbol of authority. Show drunk people a symbol of authority, particularly one that they know isn’t going to actually arrest them in the real world, and they’re likely to throw stuff at it, as we discovered. 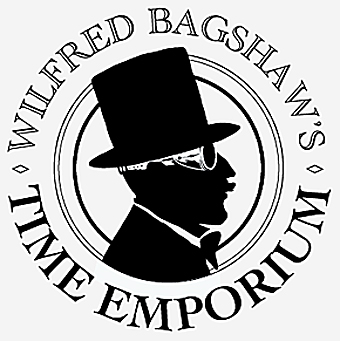 This wasn’t just about people being drunk, though. The first night, players weren’t quite as engaged with the quest as we wanted them to be and we realized, when we made a few changes the following night, that the element of RPGs that we’d been neglecting was the reason for this: rewards. It isn’t enough to let someone level up by doing a quest. They want to get a really cool sword out of it. We weren’t giving anyone swords, of course. That would have been insane. We did discover, though, that the equivalent physical reward on a night out was a cloak. People saw that other people had cloaks and they wanted one for themselves. If they came as a group, they mostly wanted all their friends to have the same cloak as them, thereby joining the same faction. In other cases, groups split off according to faction allegiances. This motivating factor made players really engage with the world of the game, so on the second night, the final scene was much more effective and we felt that we’d learned a lot about how to run an event like this.

Time Emporium was an attempt to bring together several different things that you might not necessarily think would mesh. We knew that the vast majority of the Shoreditch crowd would get instantly turned off if they thought they were at some kind of LARPing or medieval re-enactment event. Immersive theatre events, dressing up, themed festivals, etc. are all very popular in London at the moment, though, so the RPG elements had to creep in without people really knowing they were engaging with them. We had to appeal to non-gamers. What became clear, though, is that gamers and non-gamers alike could be motivated by similar promises: advancement, rewards, furthering the narrative. Of course, there was always the option to simply explore, to chat to the townspeople, to drink, to play chess. Hopefully we provided an open world where players could choose their own route. We got some excellent feedback on the event and we’re now in a strong position to make it even better next time. The plan is to bring the 1381 adventure back to London in the next few months and, from there, it’s possible that Wilfred Bagshaw will be taking his followers on adventures in new time periods altogether. Where next? Only time will tell.

William Drew delivers the pithy remarks that all have come to expect from him and his people since the days of yore on Twitter @WJDDrew. You can also find information about his work as a game designer on his blog.