“Those pesky play-it-safe publishers are concerned only about their quarterly profits,” says a fictitious composite of veteran developers on Kickstarter. “They won’t let us innovate and make a sequel to this two-decades-old game. That’s where you can help. With Kickstarter, you have the power to make a statement that you do want innovative games. Games just like your grandma used to make. Now in HD! Remakes and sequels so original that publishers run away screaming.”

Not all the veteran developers’ Kickstarter projects are pandering to nostalgia. We know that Double Fine always makes original games, so we can assume they’ll do the same with Broken Age (Double Fine Adventure). The Banner Saga, Dead State, Hero-U, Death Inc. and Moebius also stand on their own. Star Citizen and Project Eternity, despite throwbacks to past games, are original titles with strong vision.

But the majority of the famous developers’ Kickstarter games are rolling around in nostalgia like Windows Millennium in bugs. In the pitch video for SHAKER: Old School RPG, Brenda Brathwaite and Tom Hall used the term “old school” 17 times, just to leave no doubt how old school the game will be. Broken Sword: The Serpent’s Curse is the fifth entry in the series; Elite: Dangerous is the fourth; Tex Murphy: Project Fedora is the sixth entry. We have a remake of Al Lowe’s Leisure Suit Larry in the Land of the Lounge Lizards (1987). From the authors of Space Quest, we have Space Venture, a spiritual successor/clone of their famous series. Further, we have Dizzy Returns and Shadowrun Returns. Wasteland 2 is a sequel to the 1988 original. Peter Molyneux’s Godus is a reiteration of Populous. David Crane’s Jungle Adventure was clearly meant to remind players of his Atari classic Pitfall! (1982), the game he is most famous for. Shadowgate is a new version of the 1987 original; it will have new puzzles, but the same plot and environments. In Shadowgate‘s pitch video, its authors speak about how groundbreaking the game was for its time. Maybe they hope they’ll get the same recognition again by just repeating themselves.

How about stop digging around in the past and make something new. Put down that spade and pick up a looking glass.

Some of these games may turn out great. Some may even prove to be of a game-of-the-year caliber. I’m glad they’ll be made. There would be nothing wrong if a few of them were remakes and sequels. But it’s alarming when such games make up the majority of famous developers’ pitches. Now developers are doing exactly what we’ve criticized publishers for: they’re pitching safe remakes and sequels, probably because they fear that players would be less interested in novel games. Is that the innovation publishers have been stifling all these years? 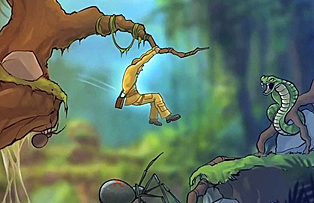 At least it’s understandable why publishers are playing it safe. As we know, the average budget for triple-A titles is around $20-25 million. To be profitable, they must sell at least half a million to a million, or even as many as two million copies. So publishers are trying hard to make one-size-fits-all games. And triple-A titles are almost all they’re taking on. They’re no longer interested in mid-budget games, because their potential bottom line doesn’t have enough zeroes to register on publishers’ radars as something worth bothering with. For instance, they think that to attract enough players, every RPG must have a familiar setting – such as fantasy or space opera – and the budget of BioWare and Bethesda titles. So most publishers are financing only blockbusters and small XBLA and PSN games and nothing in between.

But why are famous developers wearing a lifebelt and floaties when plunging into Kickstarter pitches? What do they have to lose? If players aren’t interested in backing a game, a developer loses only a few weeks it took them to prepare a pitch. That’s not so bad. They’d need the same amount of time to prepare a pitch for publishers, and the chances of the game being taken on would probably be smaller. About one third of all Kickstarter games in 2012 were successfully funded, and numbers are even better for projects of well-known developers. The rate at which publishers accept pitches is probably lower.

Are developers so cautious when they approach publishers also? Do they ever pitch novel ideas, or are they trying to give publishers only what they aren’t likely to turn down? Besides losing a few weeks on preparing a Kickstarter presentation, developers only risk being turned down by players in public, if that’s what they’re afraid of. But even if their game is rejected, they don’t have to take it personally and give up on using crowdsourcing. They can simply pitch another game.

Backers are the only ones taking a risk here. A game they spend money on may turn out disappointing. Or it may end up unfinished – though this is likely to happen only with amateur developers’ projects, and even with them very rarely. Experienced developers wouldn’t allow themselves to lose the audience’s trust; they’d work to complete the game, even if they ran out of funds.

Why weren’t these same developers afraid of creating something new in the ’80s and ’90s? They were once boldly going where no man has gone before; now they’re timidly repeating what they’ve done before. Take Peter Molyneux. Populous, Syndicate, Dungeon Keeper and Black & White were all highly original games. And now, the best idea he came up with during the decade he worked on the Fable series is a reiteration of Populous. He calls Godus a “reinvention of the god game,” but it just looks like Populous with a few elements borrowed from Black & White. Molyneux probably pitched this idea because he wanted to minimize the chance of rejection. This idea was the safest; it’s a mix of familiar things fans liked in his previous games.

Developers don’t lack ideas. Most designers have – both in their minds and in their desk drawers – many game ideas they’ve never pitched or ideas publishers weren’t interested in. Why not Kickstart some of those games they really want to make? As we know, what resonates with one person may resonate with many; what tries to please everyone will resonate with no one. Guessing what people want is what publishers have been trying to do all these years; games made in that way can sometimes turn out good, but never truly great. The Witcher and Planescape: Torment weren’t made by pandering to nostalgia or by trying to mind-read players’ wants but rather by developers’ staying true to their vision. 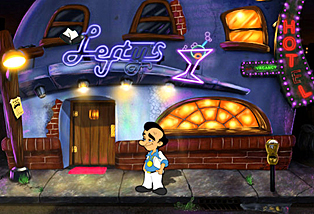 Of course, Kickstarter is still one of the best things that has happened to gaming in years. Both developers and gamers have much to gain by it. Developers can realize their creative vision without a publisher modifying the game according to what their focus groups and crystal balls told them the target demographic wants. Moreover, developers get to keep their IPs and most of the profits. Gamers get to support and play games that otherwise wouldn’t be made, either because their gameplay and setting don’t have a mass-market appeal – as is the case with Dead State, a turn-based, zombie apocalypse RPG – or because they’re in a less popular genre – as is the case with isometric party-based RPGs, point-and-click adventures and space simulators.

It’d be a shame if the great opportunities Kickstarter brings would be used only for making nostalgic games. These opportunities could be used for bringing more creativity, innovation and variety, as were present in the days when games were cheaper to make. That would be better than making sequels and remakes of specific titles from that era.

Right now it looks as if publishers weren’t stifling creativity and innovation but only necrophilia.

Developers, show us that it isn’t so.

Branislav Gagic lives in Serbia and is a regular contributor to Svet Kompjutera (Computer World) magazine. You can reach him through Twitter @BranislavGagic.