This moment lives in my memory. I’ve walked this road before, with these companions by my side. While for them it’s the first time – the only time – I know differently. In the ruined city at the end of the road one of them will die and there is nothing I can do about it. There is no other story. It is fate, destiny; it is written. Aeris (or Aerith) dies.

To go on is to condemn an innocent to death. It will not be my hand on the blade, but if it is my insistence on continuing – when I could turn away from destiny, ignore what was written, spend my life in simpler pursuits – is her death not equally on my hands?

I remember living through the end of the world with a clarity impossible amidst the buzzing clouds of potentiality.

I pause, then turn and walk back the way I came. She lives. Now I have two memories of this moment, held in endless superposition.

I’ve lived so many lives over the years that it’s hard to remember which was which. I’ve leapt ten thousand near-identical leaps into the unknown, differing only by a split-second, by shifting momentum, by whether there’s something there to catch me as I fall. I’ve struggled with myriad overlapping Schrödingerian possibilities, led an endless parade of disparate Shepards across a galaxy merely nudged by the consequences of my actions. I’ve made choices which seemed obvious at the time, but which with hindsight become a continuum of motivations and interactions across multiple existences. 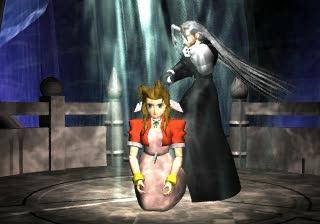 I’ve fought up close and personal with shotgun and biotics, with faith that my comrades are watching my back, knowing that when I make that last desperate leap there will be hands to catch me before I fall into the abyss. I’ve crouched, sweating and shaking in the dark, fingers caressing the harsh metal of my sniper rifle as the gung-ho morons I’ve manipulated into accompanying me on this suicide mission fight for their lives. I have no intention of risking myself for them; none of us are going to make it out of this alive. There is only the descent into darkness.

My corpse lies against a crate, against a bulkhead, spread-eagled on a ramp, a rock, all the places I’ve failed to be quick enough, smart enough, lucky enough. I stand, gun in hand, and reminisce on all the times and places I’ve died, wonder whether this will be the next. When I’m reborn, will I make the same decisions I did before? They blend into one another, contradicting and conflicting until I can’t remember where choices and lives overlap, where reloads and checkpoints blur the edges of truth.

They all happened. They all happened to me. But I can no longer recall the cause and effect, can no more trace the undisputed lineage of memory than inquire as to the longevity of the cat in the box.

Once more I hurl myself at the wall, feel the unpleasant squelch as raw meat drags across metal. I know it’s coming, I know instinctively how to avoid it, yet the razor-edged saw cuts me in half all the same. I can’t even tell what hesitation or misjudgement on my part led to the latest in my long line of fatal mishaps, and in a moment I will be resurrected, to be flung once more into the gauntlet of deathtraps and near-certain failure.

They say when you die, your life flashes before your eyes. But when I live, when by some quirk of fate and timing and judgment in equal measure I emerge unscathed, all my lives flash before my eyes. And when I see the mass of doomed bodies, leaping and twisting and dashing and dying, I will not know which one was me, now.

The value of existence has become meaningless. A single memory is subsumed within the mass. I remember nothing but the adrenaline rush and the itch of failure, of incessant death, of life devalued by its abundance. 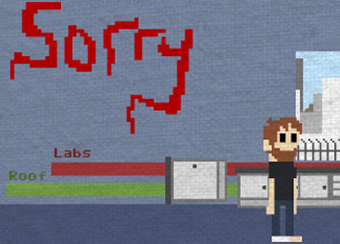 But I remember One Chance. I remember living through the end of the world – two years ago – with a clarity impossible amidst the buzzing clouds of potentiality, and while I may not recall every action I took and every choice I made, the pixelated consequences are seared into my brain. The party, our grand celebration of a job well done, cast into disarray. The newspapers, with their headlines of impending disaster and fading hope for humanity.

I remember the desperation as civilization crumbled around me, the genuine helplessness of knowing that there had to be an answer, somewhere, somehow, that if only I knew where to look I could solve this thing as the days slipped away. Then the moment I gave up, when in the midst of my despair and impotence I chose to forsake my responsibilities and find what little pleasure I could in the ruins of this dying world.

I remember my wife’s hand, dangling over the edge of the bathtub, a droplet of crimson poised beneath her fingertip. I don’t know if it was my betrayal which drove her to this, or whether she simply couldn’t bear to watch the world fall apart; I’ll never know. I closed the door, and led our daughter out of the house without a word. I remember the park bench, where I sat with my daughter as she succumbed. Where I still sit, in the knowledge that I failed.

I remember these things – because there is no taking them back.

I, Murderspy – An Excerpt from Unwinnable Monthly 96
Previous Post