A friend of mine has been known to say that she would sooner kill a human being than an innocent animal. It is sometimes hard to tell if the gleam in her vegan eyes is from humor or conviction but, having witnessed her cries for blood while watching hockey and her disgust at the hunting included in Red Dead Redemption, I have no desire to find out.

Murder is the canvas of my art.

When PETA released its ridiculous statement earlier this week criticizing Ubisoft’s possible inclusion of whaling in the forthcoming Assassin’s Creed IV: Black Flag, I immediately thought of my friend. Like her, PETA has no problem with the simulated murderous piracy so long as we save the (digital) whales.

I don’t care about the fate of any digital creature. So long as I have means and cause, I will gladly slaughter everything from cute puppies to unicorns to the patriotic soldier of my enemy’s armies, and I will usually do it without a second thought. In many games, murder is the canvas of my art. It’s the point.

While I tend to describe my experiences with games like Bulletstorm and Loaded (remember that one?) as gleeful, sometimes there are exceptions. In the midst of my hunting in Far Cry 3, I shot several turtles, not yet knowing that their shells held no practical value in the game’s crafting system. Similarly, I was disgusted by my forced participation in Kratos’ lengthy butchering of the god Hermes in God of War III.

Games, from ancient board games to modern videogames and everything in between, provide a safe space for the application of power and prowess by providing conceptual versions of more dangerous competitive activities. Dice and marbles simulate personal duels. The earliest board games that we have complete rules for – the Mesopotamian Royal Game of Ur (2400 BC) and the Egyptian Senet (3500 BC) – are racing games. Chess and Go are war games – the former explicitly, the latter a more subtle exercise in strategic thinking. 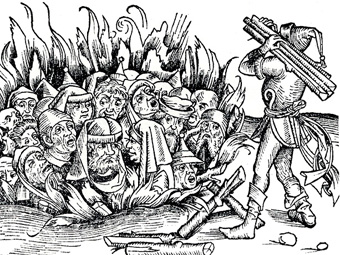 As games have become more complex and modern, their trappings have become less implicit. Realistic portrayals of violence in games are a result of this, but nothing more – blood and gibs and explosions are the side effects, a grisly stage dressing. The underlying cause remains the same mechanical abstraction – a struggle between two players, or a player and a narrative, or a player and the game designer, all within a system of rules and logic.

As Rowan Kaiser points out so eloquently, the defining characteristics of unacceptable portrayals of violence are incredibly hard to pin down when one attempts a comparative survey. He limits his examples only to videogames, but other mediums are just as elusive. Where in the grid do we plot the coordinates for the pile of bodies at the end of Hamlet as compared to the tawdry horror of the Hostel series? In real life, how do we draw comparisons between the intense exertion of chopping wood, or the butchering of a cow? Or a drone strike? Or an actual murder?

Each of these things represents a struggle for power between two opposing sides. Hamlet, the victim, seeks to regain the power stolen from his murdered father while the horror of the Hostel movies springs from having personal agency removed. In the crucible of reality, a crime is measured not by its inherent violence, but by the intent. Not all murder is violent, after all, but as one thinking creature exerting a final and irrevocable power over another, it is always abhorrent.

To compare a real killing – a product of a terrible will – to a videogame on the basis of its violence is like comparing it to the man cutting down a tree. It’s foolish. No one mourns for the tree.

Some time ago, my friend was volunteering at her local animal shelter. When she was on her way outside to feed the dogs in the pen, another dog, a pit bull, was awaiting the attention of the veterinary tech. It was not properly restrained and it attacked my friend. My friend’s love for dogs is deep, but none of it could calm the power of this one’s muscles and its anger and its fear.

It slashed her face, leaving a scar, and locked its jaw around her forearm, leaving a wound that took months to heal and lingering nerve damage. The dog was destroyed soon after.

My friend doesn’t mourn for it.