If you’re reading this the day it was published on Unwinnable – Monday, March 4, 2013 – I’m probably still up in Boston, where I go sometimes to escape. 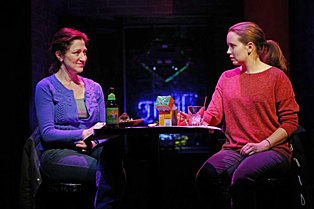 I’m writing this a few days before you’re reading this, on the Amtrak headed north, so I don’t know what answers to life’s questions I found this weekend in Beantown.

Maybe I’ve discovered nothing at all, and I feel as distant and confused and afraid as I did when I left.

A few weeks ago, I saw a mediocre off-Broadway show called The Madrid, starring Edie Falco.

In it, a kindergarten teacher abandons her class, and then her entire family, disappearing into the ether for a time. While her reasons are never fully stated, they’re clear as crystal to me.

I try to run toward things instead of away from them, but I don’t always succeed. This weekend is a running away, I admit, but sometimes you need to step outside of yourself for a little while before you can be inside of your own head again.

Falco’s escape leads her to a crummy apartment building in Chicago euphemistically called The Madrid, where she lives in secret squalor with some mad money she’s been tucking away in dribs and drabs though the years while sleepwalking through her life. She leaves behind a mother and a husband and a daughter, the latter of whom has the hardest time accepting it, though Falco’s husband deals with his obvious pain by slowly selling off their household furniture.

Unlike Falco’s character in The Madrid, I usually end up fleeing from shitty apartments instead of into them. My instinct for flight once put me on the Appalachian Trail. More than once it landed me in Europe. And there’s always Boston. 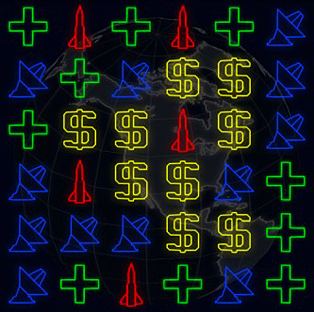 These journeys have been spectacular. They’ve changed me in ways that would make me unrecognizable to my former selves.

The hard part, though? Knowing when not to run away.

Amidst my many achievements in the past few years – losing more than 100 pounds, finding a new home I love, beating WarGames for iOS at Hard Difficulty with a Master rating on every level – I’ve apparently only skimmed the surface of what I really need to solve.

When faced with fear, I run. It makes my resume awesome, but it may also keep me from tackling some of life’s larger challenges – like getting myself to the point where fleeing to someplace fantastic, or even into a Madrid-like rathole, isn’t always preferable to sticking with something more lasting.

The problem with this “fight, not flight” goal, though, is that sometimes I don’t know the difference between running away and moving on. I like to think I’ve mostly moved on. But you can’t take two paths at the same time, and once you’re far enough along on one, doubling back doesn’t work anymore.

When my two roads diverge, I can’t keep making the same wrong turn.

I’ll probably still be in Boston when you read this, but I might already be on my way back home.

No matter. I will come home eventually.

I’ll try to be ready when I get there.

You can run to – or from – Matt Marrone on Twitter @thebigm.

Rookie of the Year: Who Wants Their Girlfriend’s Mother To Be A Millionaire?
Previous Post