I find it nearly impossible to shut off my brain.

It’s so bad at times it becomes the worst kind of torture. Thoughts turn around and around in my head until I go dizzy. I pace the room, imagining a thousand scenarios, happy and sad. I pick apart word choices and sentence structures until language itself loses meaning. 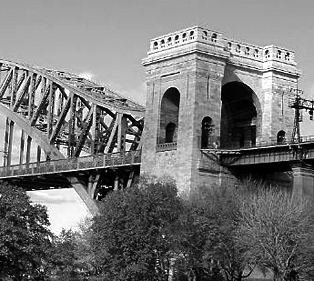 But last Tuesday, I found an unexpected cure.

It was the day the new Animal Collective album, Centipede Hz, came out. And it was another day when a few of those ideas – among them, news about a family member’s health I’m not quite ready to share on Unwinnable – were swirling in my head, and I found myself in need of a purge.

I stepped outside. As the album ran through my headphones, my pace quickened across Ditmars Blvd. toward Astoria Park. It was threatening rain but the music made it inconsequential.

The album’s first single, “Today’s Supernatural” – arguably my Song of the Year, already – came on as I was walking near the Hell Gate Bridge.

“This exploding young brain has gone and blown me out again – and now I don’t feel the same.”

Soon I was doing something I’ve avoided for years.

I started the song again as I reached the track on the south side of the park and began sprinting in long circles, the music carrying my feet as the skies opened up.

“Sometimes it won’t come so easy but sometimes you gotta go get maaaaad! Maaaaaad!”

It wasn’t pouring yet, but I was racing into the rain and a few drops on my shoulders turned into a thousand water spots across my shirt. 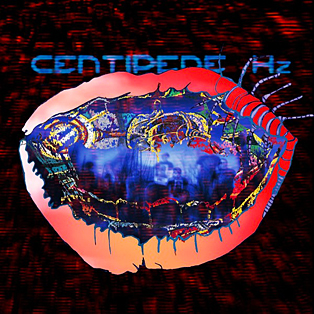 I watched my feet bounding off the track as Avey Tare tongued, “L-l-l-l-l-l-let’s go!” Later, in between tracks, I would listen to the traffic on the Triborough Bridge above, my face darting upwards into the gray, misty sky, pausing a second as my brain turned back on before the music exploded into my skull and my legs took off again.

It was when the music broke and my feet slowed that my brain took over, so I kept running until my lungs couldn’t take it anymore, which admittedly wasn’t far.

But it was far enough.

While I was running, all I knew were the rhythms and the rising and falling of my feet. No word games. No fears. No layers of analysis.

My brain was on pause, or, better yet, rebooting and refreshing.

As my shiny new red sneakers pounded the track, my brain was undergoing a software update long overdue, downloading all the latest security patches.

It was a quiet task, no spinning hard drives or cooling fans at full speed. Just a background process I didn’t even realize was happening until the album ended, and it was time to head back home.

By then, the rain was really coming down, soaking me to the point where I was getting funny looks from passersby with their umbrellas. But my brain was nestled into a bright summer morning, spread out as if it had arms and legs into an X shape across a king-sized bed.

I knew I’d be home in a few blocks, and I’d take a warm shower, so all there was for me to do was enjoy the weather, smile back at the people who smiled at me, and laugh as my clothes got heavier and heavier.

It wasn’t until later, when my brain brushed its sleep away, that I had my realization.

I know now how to shut off my brain.

“But have you seen the clouds? You should come on out; today feels so supernatural.”

That day, my brain, which gets contorted into a million different shapes, stress wringing it like a sponge, was at last stretched out, relaxed – never better. 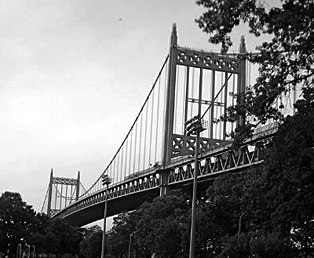 I’ve run a few more times since then, and I plan to continue doing so, as I try to outrace both good news and bad. To let it sink in as it should, without the clack clack clack of scraping mechanical parts.

It’s a new kind of escape, but one that brings me nearer instead of further away.

My brain is loving it.

As for my back, knees and feet?

But they’ve had it easy long enough.

They’re gonna have to carry the load for a while.

Matt Marrone won’t be running in any marathons any time soon. But if anyone wants to tack up a finish line in his doorway, he’d be glad to break right through it, arms raised. You can follow him on Twitter @thebigm.