For the last year, I’d been thinking about going to my grandmother’s assisted living facility, sitting down with my digital voice recorder and getting the story of her life. She was 93 years old and there was so much about her I didn’t know.

I’d heard bits and pieces of stories about growing up during the Great Depression, or what it was like to be at a high school dance and hear the announcement that the Japanese had attacked Pearl Harbor and the United States was at war, but I never heard the complete versions and now I never will. 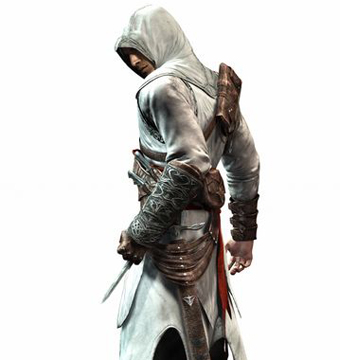 When I was a kid, time crawled. Now I’m almost 40 and it flies. I should know better than to think there’s always more. I only have so much time to parcel out and didn’t choose to spend some of it sitting in that room with my grandmother and hearing her stories.

I chose poorly. My grandmother passed away on Tuesday, January 16th, 2013.

It’s the Third Crusade and I’m a member of the Assassin’s Guild traveling to Jerusalem on horseback and killing Templars, the ancient enemies of my order and invaders of the Holy Land. When I arrive at the city I receive the name of the man I am meant to kill. I leap between rooftops with power and grace. I vault down into the streets, see my target, blend into the crowds and am lost in them.

I should also know better than to buy more games than I have time to play. I can say I write about videogames and therefore have a professional motivation to buy an Xbox 360 and a PlayStation 3 and a Nintendo Wii and games for all three, but it’s bullshit because I don’t do very much game reviewing. I want all the platforms because I’m a consumer and a collector and I just want them all.

When I was a kid I owned maybe a dozen cartridges for my Nintendo Entertainment System and had even fewer games for my Super Nintendo. I never had more than a handful of PC games. I knew my games inside and out, all the secret levels and the hidden bonus objectives and whatever Easter eggs the game developers had tucked away for players to discover. No stone was left unturned and no road went untraveled.

Now I look at my huge collection of unfinished games and lie to myself that someday, maybe when I’m retired, I’ll go back and finish all the games I’ve abandoned because then I’ll finally have the time to do so.

I’m a detective in 1947 Los Angeles and the star of a film noir. I solve murders and clean up crime on the streets. I gather evidence, loudly accuse innocents, chase cars down narrow alleys and get into shootouts. The movie plays out until a frame gets caught in the virtual projector, the picture tears and I don’t bother splicing it back together again. 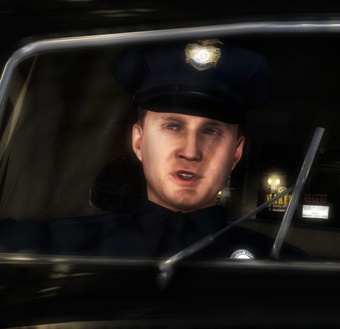 I’m sealed away in an underground chamber to protect me from the giant asteroid that’s going to strike the Earth. I awake a hundred years later to discover a post-apocalyptic society rising from the dust and a totalitarian Authority looming over it. I travel the wastelands in a ramshackle buggy armed with guns and rockets, fighting bandits in the canyons and urban wastelands that lay in between the scattered human settlements. Then a storm blows in and buries the world forever.

I have a shelf filled with games I’ve barely touched, and the new consoles are coming out soon. I know what happens then. Anything I haven’t beaten from the last generation gets put into a cabinet alongside the cavalcade of games for my Sega Saturn, PlayStation 2, Sega Dreamcast, Game Boy Advance and the stacks of jewel cases for unbeaten PC games.

All of my current-generation games have been in the disc drives of their respective consoles at least once, but most of them will probably go into the cabinet virtually unplayed and looked at wistfully a few years from now as I wish I’d finished those adventures.

I’m an author on vacation with my wife in a tiny secluded town in Washington State. She is dragged into a lake by something and I dive in after her. When I wake up a week has passed. Shadows attack me from the darkness as I walk back to town, and I beat them back with flashlights and firearms, but eventually the scene fades to black and stays that way.

I’m in a hotel room in a resort on a tropical island. I wake up after a serious night of partying and stumble into the hallway where I’m attacked by the living dead. I’m immune to whatever’s infected the island and turned almost everyone into walking corpses and it’s my job to try and save the survivors, but I choose instead to shamble off and not return.

I was much more conservative about accruing games in 2012 from the usual fall deluge than I have been in the past. I could have afforded them all but decided to focus on the games I was really interested in. I chose not to become a steampunk assassin or fight the terrorists who took control of America’s drone army, but I did save Pandora from Handsome Jack, defeated the alien invaders attacking the Earth and saved us all from the Forerunners.

I chose to spend my time on endings rather than a stream of endless beginnings and remembered the satisfaction of finishing stories versus leaving the final pages unread. I wish I’d been smart enough to apply that wisdom to something other than my videogame hobby, somewhere that it really mattered.

I’m a secret agent. I’m a zany gangster. I am Dragonborn. I’m a grandson. Then I’m nothing.

Dennis Scimeca is a freelance writer from Boston, MA. He blogs at punchingsnakes.com and would love to hear from you on Twitter: @DennisScimeca.