When my kid plays games, I can’t help but jump in and lecture him about something. He knows that every time he grabs the controller, I’m going to point out some mechanic, or talk about a franchise’s history, or tell him why some other game was oh so much better. Lately, I’ve been bugging him about names. The other day, after a long break, he told me he wanted to play Plants vs. Zombies. I said, “Sure.  But on one condition. Do you remember the name of the designer?”

He didn’t, so I reminded him: “It was George Fan.” And then I told him to play something else. 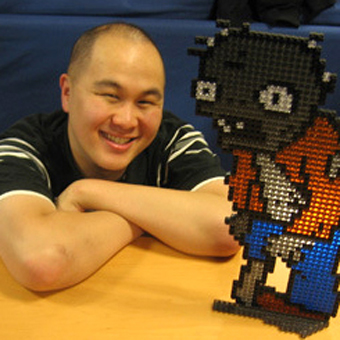 This week we finally dug into Quantum Conundrum, the platform puzzler designed by the project lead from Portal. My kid is finally starting to remember that her name is Kim Swift. But that’s easy; her name is catchy.  How long will it take him to recognize Shigeru Miyamoto?  Miyamoto is only the guy who made Mario and Zelda. But how many of his youngest fans know his name?

Now, you may ask why I care whether my kid can name this or that game designer. You probably think I’m forcing him into what we call “hipster homeschool”: that I’m dragging him into my own pop culture obsessions, just like the dads who make their kids listen to the Clash instead of the Wiggles, or watch old clips of David Sanborn’s Night Music instead of Sesame Street. And yes, that’s probably part of the problem. I have an excess of knowledge about a topic that very few people around me care to discuss. Every day I see people at lunch, I hang out at the coffee shop and I sit down to dinner with my wife – and nobody at any of those places cares what happened at the experimental gameplay session at GDC 2009. So when I finally have a captive audience, can you blame me for going on a little?

Don’t forget that there’s only one person in my life who loves videogames more than I do. That’s my kid. I think it’s fair to teach him something about them along the way.

When I was his age, I didn’t know anything about videogames. I may have heard of Nolan Bushnell of Atari, but I couldn’t have named a single person who worked on an Atari game. Back in the day, their names were actually hidden.  In the game Adventure, the programmers snuck their credits into an easter egg. You had to jump through hoops just to find them – and you know, now that I think about it, I don’t even remember what their names actually were. 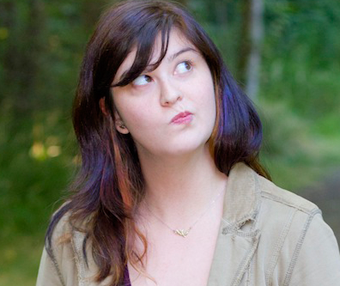 The one game designer that I could name as a kid was Richard Garriott. But that’s only because he actually put himself into the games, as Lord British, a character that you meet in each of the Ultima titles. You could talk to him, get help from him, and even try to kill him – and I did, in every single game. He was interesting not because I had any idea who the guy was or how he did his work. I knew about him because he was a character and that’s all that most kids care about.

But I guess that for my kid, I want something more. I bug him about George Fan because I think it’s odd that he can name every single type of plant and zombie and even recite some of their backstories, and yet he doesn’t remember the two-syllable name of the guy who set the whole thing in motion. I guess I also want him to understand what it takes for a lone creator, or a team of people or a giant corporate empire like Nintendo to produce the games we all love. I want him to appreciate the industry even a little bit so that he’ll appreciate the time he spends with it.

Over the past couple of years, I’ve started working on games as a writer. My latest project, Klei’s Mark of the Ninja, shipped this September. While I was working on it, I shared some of the early builds with my kid, explained how the work was going, and even let him listen to the auditions of some of the voice talent that we hired. I’m proud to say that he took a real interest in the game – mostly because he could play it – and that he came away with some little idea of how this process actually works. He may never go into the games industry, and in fact, last I checked, his dream was to run a Pokemon ranch, but he still gets a chance to understand all of the steps and setbacks and sweat that go into making a thing, and by that I mean anything.  To appreciate that it takes a lot of work and risk and luck, but that when we stick with it, we can succeed.

So while I want him to respect the work of Fan, Miyamoto, Swift and the rest of the gang, I also want him to watch the credits for the most basic reason of all: because someday, he might be in them.

Everything is a teaching moment for Chris Dahlen. Learn more by following him on Twitter @SavetheRobot.