Before I tell you the story of how I tricked and deceived my son, an innocent 7-year-old who trusts me with his life, his happiness and his dignity, let me first explain how much I hate Plants vs. Zombies. I cringe just typing the name. A clip of the music or a piece of the art is enough to make my gut shrink. I don’t blame the game, which is a perfectly great, smartphone-friendly tower defense title. I hate it because of my son.

We were stuck on a long plane ride when I introduced him to Plants vs. Zombies. I probably just handed him my iPad, in a distracted way, cuing up that game out of all the ones in my library because I thought he’d like the graphics. He became obsessed – teenager-in-love obsessed, cultist-in-thrall obsessed, me-and-Star-Wars obsessed. He would talk about nothing else. He liked to play the game, obviously, but that was just a fraction of his obsession: he memorized all of the plants and the zombies – their names and their back stories. He played all of the mini-games. He drew pictures of giant wars between the plants and the zombies and aliens and dinosaurs. Every single conversation turned back to Plants vs. Zombies. Walking to school with his mother, he would ask, “In Plants vs. Zombies, what’s your favorite plant?” Walking with me to get ice cream, he’d say, “Hey dad, did you know that in Plants vs. Zombies…”

All he cares about are the plants and the zombies, and which one’s stronger and what would happen if they ganged up on some robots.

Not only does he care far more about Plants vs. Zombies than I ever will – he only cares about the parts that bore me. I’ve tried to tell him about George Fan, the guy who made the game; he has no interest. I lever the game into discussions of the tower defense genre and he doesn’t care about that either. All he cares about are the plants and the zombies, and which one’s stronger, and who would win if x and y, and what would happen if they ganged up on some robots.

It consumed his imagination and nothing could knock it loose. So I started begging him to stop. I would change the subject; he would change it right back. I teased and threatened him, but he wouldn’t give up. So in desperation, I tried to trick him.

We were walking through the neighborhood, by the old pond that smells like algae. We were talking, like we do, and the kid started: “Hey dad. In Plants vs. Zombies …”

I stopped him right there and I explained that he had to quit, quit, quit talking about that game. And if he didn’t, I would take a desperate measure. See, I explained, the other night I was on the Internet, and I found a secret word that would make anyone who heard it forget everything they knew about Plants vs. Zombies. All I had to do was say that word and he would forget everything he’d ever learned, every good time he’d ever had. I would throw out his drawings, too, and then I would delete the game from my iPad and that would be that.

Naturally, he didn’t believe me. He dared me to say the word; I told him I didn’t want to. He demanded proof and I told him it was on the Internet, which, he doesn’t even know what the Internet is yet, so he’d just have to trust me. He kept insisting though, so I had to think on my feet, and that’s when – with a nod to Kirsten Dunst’s arc in Eternal Sunshine of the Spotless Mind – I got an idea.

“Listen, I still feel bad for the time I made you forget about Oceans Away. I don’t want to take away another game.”

Oceans Away, of course, is totally made up. But he doesn’t know that. He’s seven. He doesn’t know anything. He’s never played a first-person shooter, never played Tetris, doesn’t know what Half-Life is and has never heard of Blizzard, Infocom, Leisure Suit Larry or the Sega Genesis. He knows next to nothing, except what I tell him. Could I lie about a made-up game to him and get away with it?  Yes. Of course I could.

Here’s what I told him about Oceans Away. 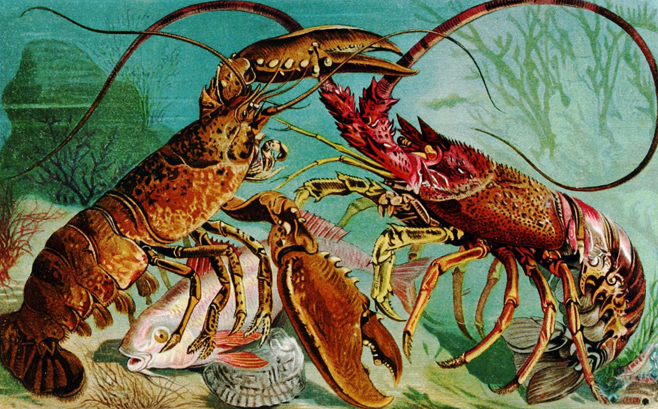 It was a videogame that he played last fall. It was his favorite game of all time and he was really good at it. But he never stopped talking about it, so I wiped it from his mind. No, I won’t download a new copy and show it to him. No, I did not just make up Oceans Away. It was a real game. And I had to take it away from him.

Now, he still didn’t believe any of this. But I kept the story going for long enough that he was no longer sure that he didn’t believe it. The more questions he asked, the more details I had to invent – that the fish were fighting the crustaceans, and his favorite character was the crab, and the lobster’s name was Lobo – the more he started to play with the idea in his mind. And the more he protested – “Dad, if you’re making this up, I’m going to be so mad” – the more he was hooked. Proving it was fake would give him a chance to one-up his dad, but imagining that it was real would open up a new, strange power in the world – where a magic word could make him forget a game like a dream.

As silly as my prank was, there’s a weird kind of logic behind it. While he enjoys playing Plants vs. Zombies, he enjoys even more the process of thinking about it and playing with it in his head. It’s easy to sentimentalize the mind of a child. We like to picture them as boundless imagineers who can pick up a stick and build a world around it. But kids, like us, need something to work from – a character, an archetype, a story, a weapon – and something to play with in their hands and in their heads.

Plants vs. Zombies will hold my kid, at least until Pokemon takes over, and then Mario, and then whatever else can fill his mind – a mind that must look like the bolts and screws aisle of a hardware store, with hundreds and thousands of little plastic drawers sitting open and ready to fill. He needs this stuff, so he can consume it, digest it, and maybe someday, keep it to himself.

The kid is not going to be happy about this once he finds out what the Internet is. Give Chris advice on how to handle that day on Twitter @SavetheRobot.

Eternal Sunshine of the Spotless Mind, Oceans Away, Plants vs. Zombies

I Don’t Believe in the No-Win Scenario