After my father died, I felt adrift. While his illness lingered on, long and terrible, it fell to me as the only child to take care of my mother, the house, his business and a million other things. As miserable and exhausting as that year was, though, it was also imbued with purpose. When the funeral was over and a semblance of normality returned, it suddenly felt like there was so little to occupy my time. 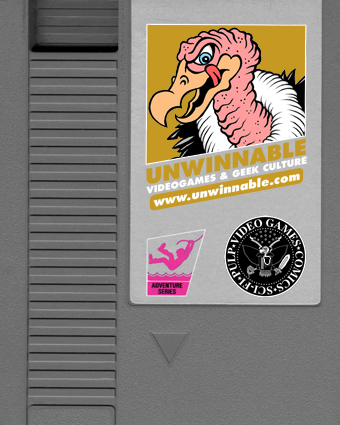 It’s not as if there was nothing going on. I had a full time job (which I hated deeply). I had a relationship (which I had dived into too quickly). There were projects and parties and concerts and Dungeons & Dragons campaigns, but everything felt thin. It took almost a year before something finally clicked: writing about videogames.

I had been on the game beat for a couple years, but if I was going to pursue it seriously and start taking on freelance work, it seemed that I should have a web presence that was a little more elaborate than my collection of clips on Tumblr. Maybe I should have a blog, or something, a home for the stories I wanted to tell but knew I couldn’t sell.

I put everything that has happened since down to the name. Unwinnable is a fine name for a gaming website.

My very first post was a call to find a new way to talk about games as an art form. Almost immediately, Michael Sheridan wanted to write a rebuttal. Chuck Moran came on board next then, bit by bit, it seemed everyone I knew was working away on some facet of Unwinnable.

It didn’t stay a North Jersey/New York thing for very long, either. I went to my first E3 about two weeks after I got Unwinnable up and running. There, I met Gus Mastrapa and Garrett Martin. That was the gateway into a larger world. The following spring, I was at my first GDC and met Brian Taylor. Brian and Gus started suggesting other writers for me to approach – Jenn Frank, Brendan Keogh and on and on.

Everywhere I went, more people wanted to climb on board the good ship Unwinnable.

I do, however, have two brothers. There is Shawn, the artist, who went to the same Presbyterian Church when we were kids. I’ve known him only a few years longer than George, the musician, who first crossed my path in seventh grade.

We have had ups and downs over the more than two decades the three of us have been friends. There have been fights and grudges and disappearances, but also celebrations and D&D games and quiet nights at the bar. No matter how seemingly bad an argument might be or how long one of us might wander off, we’ve always come back together, same as ever.

That is what brothers are, to me. I think of Shawn and George that way without any hesitation.

I do hesitate to call this site’s amazing collection of collaborators and contributors brothers and sisters – I know most of them neither long enough nor well enough – but the connection I feel is cut from the same cloth. We support each other, we disagree, we tell tales. Cousins, then – bound not by blood, but by beliefs and interests and passions, celebrating the threads of gaming and culture that connect us. This is the family that has made its home at Unwinnable.

PRACTICE – Game Design for the Players