On November 9-11, the New York University Game Center hosted its 2nd PRACTICE games conference. Much like the idea that has been growing in the indie game scene of playing to your niche, the NYU Game Center created PRACTICE for a very specific audience in the game space – the designers. PRACTICE purposely avoids the vast array of topics covered by other conferences, ranging from AI, effects, UI design, etc., and instead focuses only on creating an intimate gathering to foster high-level game design discussion featuring panels and lectures where no influence, nomenclature or other jargon is too obscure to be shared. Only the most foreign terminology, such as naval and military acronyms, is given any sort of deeper explanation. Like the best foreign language programs, designers are encouraged to speak purely in their own design language by the PRACTICE organizers. 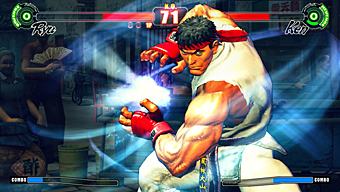 A highlight of this pride in adherence to the technical from PRACTICE in 2011 was when many in attendance were tweeting about their befuddlement or disinterest in regards to a high-level discussion surrounding the Street Fighter series and competitive play. The panel featured a current competitive player, Arturo Sanchez, and two developers, David Sirlin and Seth Killian, both of who worked on various iterations of the series, as well as being former competitive players themselves. The panel involved a lot of very specific fight-speak, and as a response to the aforementioned Twitter conversation, Eric Zimmerman, a professor at the Game Center, went online to tell those who were confused about the relevance of the panel that they needed to do some homework.

For a game designer, the importance of PRACTICE is easy to understand: the small, intimate event where game creators from across all types of games and influences come together and engage in a level of discussion that makes no concessions for an outward audience looking in. This allows attendees to have heated interactions, disagree respectfully and ultimately everyone can leave with the seeds of a new perspective on the practice of game design.

When looking at PRACTICE from an outside point of view, however, a valid question can be asked: how does an event as insular as PRACTICE relate to the people it wasn’t designed for – from the avid gaming enthusiast to those who are interested purely in the culture surrounding the medium at large? One possible answer came together as the weekend progressed. An emergent narrative was constructed through the series of panels and lectures that, more often than not, spoke about how to create games that enabled players to interact with them on their terms. In a room full of people making games that follow specific rules intended to create specific interactions with players, the message that leaving space for the player’s own agency over his interaction with the game was a point that came up in various ways throughout the weekend. 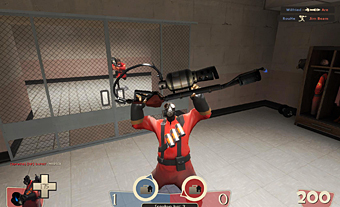 Jumping right into that discussion was the keynote by Richard Garfield, creator of a veritable piece of culture – the card game, Magic the Gathering. In his lecture titled, “The Fine Art of Balancing Games,” Garfield brought up many different aspects and strategies of balancing a game and the various related factors that had to be taken into account. He covered a large amount of different techniques referencing the vast spectrum of gaming.

Team Fortress 2 and StarCraft were likened to Stratego in that all three had a Rock-paper-scissors style of balance in play. Each game has components or strategies that are more than likely to defeat a certain play style, but are also similarly vulnerable to another. Bingo was referenced as a game that has no inherent balancing issues, but by trying to make a more fun “toy” version of the game by adding some rule tweaks, Bingo could actually become worse despite being mathematically the same.

Garfield mentioned being asked if there is a formula for perfect balance. After testing, he found that balancing can’t be left up to some equation. Instead, balance requires constant playtesting and studying player psychology to get it just right.

Playtesting with different groups of varying skill is the only real way to create a truly balanced game. In the end, it is the players who dictate and often create the balance or the unbalance in a game. The only way to understand expert play is to in fact become an expert at the game. Balancing for the expert isn’t the most important thing to do, however. Garfield found that it is the entry level, or casual player’s evaluation of a game that is often most correct. It is most important for games to be balanced for different types of players, but designers can’t account for everything. After a game is released, the fan base can possibly find unintended balancing issues, forcing the developer to be agile and create patches to support the continued community behind the game. 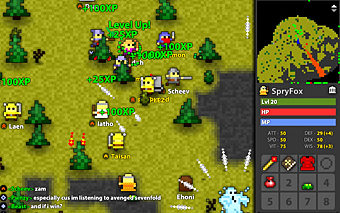 Naval war game designer David Ward gave this blunt yet apropos advice: “Never do for the player what the player can do for you”. Ward quickly learned this maxim that many in the game design space could do well to learn sooner. War games are physical paper games that are heavily researched and created with exhaustive design documents in very short time spans with the prime goal being to reduce the number of real soldiers killed in action. Even in such serious situations the player is never forgotten. Results of games are broken into three groups: experiential (or lived), player arrived and analytically derived, two of which are focused completely on the player’s experience being the biggest takeaway from the game.

Ward seemed regretful, as any game designer would be, about the fact that his time restraints on creating games and a lack of being able to properly playtest and iterate on them. The games never get a chance to improve before the intended player group can get to them, leading to confusion and difficulty with initially learning the game. This left the games unable to be better experiences for the players. When asked what he thought about players having fun with the games, Ward responded that if players were having fun, that meant they were more engaged and that the game was probably more successful, which was likely to generate better results.

One would never think that an undertaking as serious as war gaming would have much to do with free-to-play mobile games, but Ward’s lecture directly supported the talk that Dan Cook of Spry Fox (Triple Town, Realm of the Mad God) gave the day before, albeit about very different circumstances. Cook discussed how to efficiently develop a game for creating a high amount of quality hours of play, so much to the point that he tried to reduce it to a ratio of developer hours compared to quality game hours experienced by the player.

Constantly creating new content costs a lot of time and effort while creating diminishing returns in the amount of quality time a player has. Developer-created stop gaps, like leaderboards, polarized the audience, creating a more pleasurable experience for the very skilled while killing the fun for those crushed under the weight of almost unattainable scores. Giving the players the simple freedom to drop items in Realm of the Mad God, however, saw the community take a simple action and turn it into a marketplace that was beyond what any of the designers could have predicted. This created the most enjoyment for the least amount of development costs. 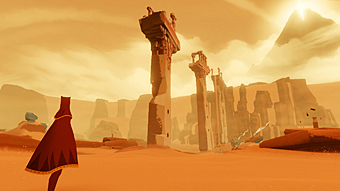 Chris Bell, formerly of thatgamecompany (Journey) and Kjartan Emilsson of CCP (Eve Online, Dust 514) spoke on a panel together about creating open games where players could interact with other players on their own terms and mold, bend and even break the rules to create a different experience the designer had not foreseen. The playground that opened up within the free, yet communication constrained world of Journey after players had finished the game saw players actively creating relationships with next-to-silent partners and playing games of cat and mouse, racing and doing tricks.

Eve Online and Dust 514 aimed to create meaningful player interactions as well, but on a completely different scale. Both games were created in the same universe but exist on separate hardware platforms and operate on different scales. Yet the actions in one could directly influence the other. Players’ actions in Eve Online could affect players in Dust 514 and vice versa. The community in Eve Online grew massively within an open sandbox full of possibilities, even weathering many sieges from both within the community and from the real outside world that were set on destroying everything the players had worked hard to build.

Despite Journey and Eve Online/Dust 514 being very far from each other in terms of scope and theme, they were joined together by the thread that player interactions in an open world would create a certain kind of engagement that would build community and create more value within the game.

Another world directly affected by, but not overly restrictive of, the player’s choice of behavior is in Walden, a game presented by Tracy Fullerton of the University of Southern California. In Walden, the player is given an open environment to live in with the goal of reaching the sublime. The more “game” aspects in Walden are not the goal but can to trap the player with the allures of “grinding” gameplay – working to earn money instead of experiencing the world. Although the game does not explicitly punish the player for the enjoyment of busywork, the environment does become visibly bleaker and less enjoyable to inhabit. Walden represents a direct counter to Dan Cook’s philosophy of finding that magical ratio of developer hours vs. quality play. The game is trying to get the player to avoid a typical form of play in favor of exploration, and yet the idea of the player operating in the space for his own sake is still resonant. 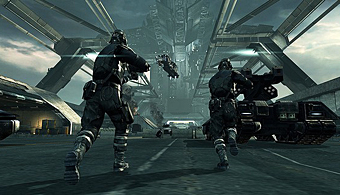 Beyond the concept of creating games that allow the player to interact within them freely is the very idea of what constitutes a game, a controversial topic tackled in the “Games and Not-Games” panel with Doug Wilson of Die Gute Fabrik (Johann Sebastian Joust), Annika Waern, a researcher and game studio director and Matt Weise of Harmonix. They each made a presentation about what they feel games are and discussed different approaches to defining what a game is, many of which defied the status quo. Doug went so far as to say that if the title Proteus could not be considered a game by and large, that he didn’t want to be a part of this industry. This panel sparked a great debate among the crowd, with some in the audience wanting to restrict the definition while the panelists, and even Frank Lantz, head of the NYU Game Center, would have none of it.

In the end, the conversation created a great deal of points. A game is what the player makes of it, game enthusiast culture dictates what games are and players of traditional games supporting non-traditional game types can legitimize them and shape the vocabulary of how we explain what the very basis of games is. The notion that players have this power over and beyond what a room of game designers has to say and that many designers agreed was a great revelation to be had.

With the single-track conference set up around ample coffee breaks and a small number of attendees, PRACTICE aimed to spark a level of discourse impossible to find elsewhere. The fact that the conversation, over multiple points, revolved around putting players above the designers themselves is a real valuable notion that anyone can take away from this conference.

Gris and the problem of symbolic hurt
Previous Post

Final Fantasy X-Ray: It’s Stories All the Way Down