I am a deadbeat gamer.

Since I started the Rookie of the Year column a year and a half ago, I have beaten such games as Portal, Portal 2, Skyrim, Fable 2, Fable 3 and BioShock.

But I am leaving far more of my quests incomplete.

Alien hordes are going unchecked, the Wild West remains untamed and the streets of Liberty City are rife with polite, safe drivers.

Sure, I rocked War Games for iOS — completing every stage at Master level.

And I’m crushing (most of) my opponents in Words With Friends.

But alien hordes are going unchecked, dystopian art deco universes are slipping further into decay, the Wild West remains untamed and the streets of Liberty City are rife with polite, safe drivers, not a single carjacker in sight.

When I was a kid, I spent every waking minute during the day playing baseball, but nighttime was for Nintendo, and I burned through games, beating them several times over just for the hell of it, exhausting every last Easter egg or cheat code I could find in my Nintendo Power.

I longed for a day when games would last forever, when even after Link saved Zelda, there’d be more hidden levels to play, or another island to sail to beyond the borders of that little grey plastic cartridge, deep into my rich and fertile young imagination.

I am a deadbeat gamer.

The real problem is that many of them take so long to begin I lose interest before I get anywhere worth going. Skyward Sword felt like hours of tutorial about how to play the game, filled with cutscenes during which I was asked to build the valuable watching skills that apparently would come in handy later on.

I remember playing GTA IV for what seemed like weeks before my first “Aha!” moment, by which time I was so tired of the game I didn’t even feel like playing anymore. 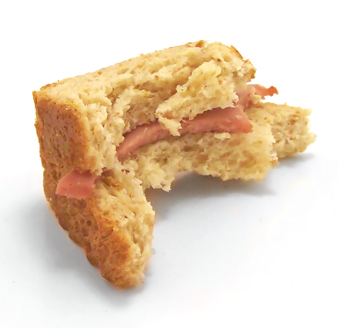 Even Skyrim, I have recently discovered, has a downloadable expansion pack. When I was 10, that would have been the ultimate dream come true – a never-ending adventure!

Now that just makes me feel old and tired.

I am a deadbeat gamer.

I can’t be alone, can I? I’m sure there are others like me out there, wondering what else our afflictions say about us. I believe I’ve heard Unwinnable’s own Charles Moran making similar comments. Are we doomed to be deadbeats in other aspects of our lives, Chuck? Deadbeat husbands or wives? Deadbeat dads or moms? Deadbeat lovers and best friends?

Or will our excess free gaming time be put to better use?

Perhaps never getting further than the Swarm demo will lead Chuck and me to summer Olympics gold in men’s canoe doubles in 2016 or a Nobel Prize for eradicating pica.

But if you’re anything of a quitter like I am, you’ve stopped reading this column several paragraphs ago anyway, so I can pretty much type whatever the fuck I want right now.

Which, at this point, is absolutely nothing.

Because I’m a deadbeat columnist.

And I’m done with this shit already.

Matt Marrone has now bitched and moaned in two of his past four columns. He promises to return in two weeks with more sunny sunshine and Skittles. Taste the fucking rainbow. You can follow him on Twitter @thebigm.

Rookie of the Year: Please Tell Me How To Spend My Money