We don’t tend to notice the spaces in videogames – physical spaces, headspaces, spaces you run in between and duck behind for cover, spaces that equate to the hollow of existential turmoil, like a long linear tunneling corridor where your only option is to run forward.
This week, for whatever reason, I’ve been acutely aware of these things. Maybe I’ve been a little out of sorts with everyday stress, my head a bit too muddled from sensory overload — a product, ironically, of both playing games (hey, escapism!) and the business of reading about them, endlessly, in a synthetic 13-inch rectangular case.

In order to properly play Steel Battalion: Heavy Armor, you have to feel like you’re in a box, which isn’t such a good thing when your apartment is already making you feel claustrophobic.

Controller or keyboard, the noise this can cause is nothing new. It’s chalky, as though it might actually settle over your physical possessions, if only it had the material capacity to do so. When you’re not careful it can still manage to flood living rooms and hallways, all politics and economics and minutiae and hands-on design theory, until the volumetrics of your couch or desk or walls feel wholly submerged. When this happens (any hint of cabin fever notwithstanding) it’s exhausting.

In the last visit to my virtual town in Animal Crossing, as if accenting the vacancy looming in my apartment, the game seemed to be politely asking that I stay indoors. I was bound by the social graces of my neighbor’s bargain hunting for whatever crap I had previously found that I decided to part with (it was flea market day — nearly everyone wanted to buy my adorably blank-faced arapaima, who was not for sale). Later I left L Town behind for the depths of La-Mulana, an Indiana Jones-esque metroidvania title just released on Wiiware. My ennui increased as I grew gradually more aware of the isolation inherent in its obtuse, tersely-worded riddles, all involving rituals and beliefs of the game world’s ancient polytheistic inhabitants, to say nothing of the endless (dangerous) back and forth treks across its distressingly non-Euclidean map.

La-Mulana is the kind of game that would normally make me salivate, an adventure space filled with treacherous traps (including one that when activated permanently fills the entire ruin with three times as many enemies) and only the most arcane of breadcrumb trails to follow. It’s the kind of obscure expeditionary title where you wander into a decrepit mausoleum and find a mysterious stone panel with celestial markings that must be rotated in a particular fashion to change something elsewhere in the vast ruins, and the deeper you go the more you realize everything is just one giant interconnected whole.

But trying to avoid all that noise by deeply thinking and paying attention, only to meet in the game space with unpleasant death or mysterious brick walls at every turn, was exasperating. After numerous hours of wandering around reading cryptic scripture and simply wandering with very little direction, I felt as though my brain was caving in.

So naturally I moved on to another challenging space: the cramped virtual cockpit of a lumbering vertical tank in Steel Battalion: Heavy Armor. 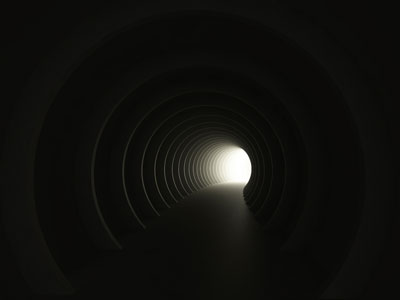 If there’s ever been a Kinect game that makes you aware of the space around you, it’s Heavy Armor. As with the original, which made use of a gargantuan 40-plus button controller, you really need a proper chair to play; at the beginning of each mission the Kinect recalibrates to the player’s stance, scanning your form in sitting and standing positions to ready you for the pilot’s seat.

This is not an easy game once the combat’s difficulty spike hits its stride (I’m not referring to the motion controls — that I’m about two-thirds of the way through the campaign is proof that it is indeed possible to play Heavy Armor without major issue). Critical reception aside, I do find it fascinating that From Software (which in addition to the Souls games also created the ultra-hardcore mech-sim series Armored Core) programmed the Kinect to actually control with any sort of finesse, even in the slighty herky-jerk animations the game often stutters through due to finicky nature of Microsoft’s glorified motion-tracking camera.

Unlike other Kinect titles, which in my experience are more loosely programmed to allow broad gestures for whatever the designers wish to represent, Heavy Armor’s multi-function first-person cockpit utilizes more realistic movements. The interactive difference between pulling out a side panel or reaching for a lever occupies the same physical space, roughly, only with varied gesturing. It requires a lot of concentration, especially in the later missions when quick actions can be the difference between life or death, spatial awareness notwithstanding. In order to properly play it, you have to feel like you’re in a box, which as it turns out isn’t such a good thing when your apartment is already making you feel claustrophobic.

After clearing some tough missions, I came away feeling more mentally drained than I had all week. More than that, as I turned off my 360, I was suddenly aware of the emptiness of my living room, as though the anxious noise had been abruptly been drained out, like a gnatty pestilence circling a sink, leaving only a yawning…what? Fatigue? Malaise? The walls might’ve boomed like the roar of a black ocean on rock face, echoing the cars on the highway outside. Maybe at that point for me, games were occupying the same old space. I was too. It probably doesn’t matter.

I haven’t touched a game in a few days now. It might be just a day until I do again, it might be a week. In any case, I’m enjoying my break, for however long it may last. It’s OK to occupy a new space every so often. It may even be nice.

When Steve Haske leaves his apartment, he has a habit of drunk tweeting. Follow him @AfraidtoMerge.