When I look at the night sky, I see only constellations.

Despite a passing childhood fancy for astronomy (and years spent watching Star Wars movies over and over again), I have never fallen for the promise or majesty of space.

Carl Sagan’s breathless tour of the cosmos did not fill me with wonder. The scientific optimism of Robert Heinlein, Arthur C. Clarke and Isaac Asimov has never moved me. Most space-faring science fiction that has followed in their wake has left me cold. 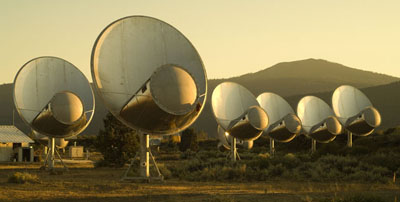 In 1950, the former Manhattan Project physicist Enrico Fermi asked, “Where are they?” He was referring to aliens, of course, and was troubled by the lack of evidence of their existence. It is extremely probable, considering the number of stars in the galaxy – upwards of 400 billion – that planets capable of supporting life are not uncommon. Therefore, considering the age of the universe (13.7 billion years old), there should be numerous advanced civilizations and, even at the speed of slower-than-light space travel, the Milky Way should be littered with colonies, von Neumann probes and Arecibo-like broadcasts. But it isn’t. Outer space remains eerily quiet.

There are dozens of theories as to why this is the case. Robin Hanson’s Great Filter Theory seems particularly compelling. Hanson breaks evolution down into nine steps that range from having the right kind of solar system up to interstellar colonization. Mankind now resides in the eighth spot. Science currently assumes that all nine steps are probable, but Hanson’s theory states one must be improbable. The problem is: which one?

If we have already passed through the filter – say that the development of single cell organisms is improbable, step three – that means every step beyond that is also improbable. Therefore, life like that which exists on Earth is an anomaly in the universe. Fermi’s Paradox is solved because we really are alone out here.

However, if the filter resides between us and space travel, that means something happens, some mechanism of evolution, which prevents life from reaching for the stars. What that mechanism is is anyone’s guess – it could take the form of any existence-ending event, from resource exhaustion to Mass Effect’s Reapers.

Even more terrifying, there is no way for us to know if the filter is behind us or in front of us. If, as Fermi’s Paradox seems to indicate, interstellar travel is impossible, we – and every other intelligent civilization in the universe – are doomed on the evolutionary level to a self-destructive cataclysm.

I like the idea of a universe littered with the dead civilizations that grasped for the stars and failed. It makes sense to me. Look up at the night sky: it is cold and empty. There can be no splendor in darkness. 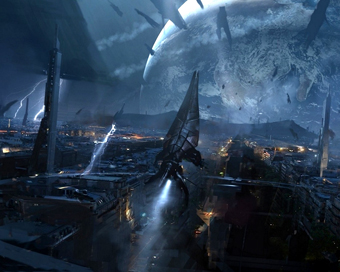 I have not found much science fiction that displays such a pessimistic view of space. Some of H.P. Lovecraft’s later works (“The Shadow out of Time” and “At the Mountains of Madness”) come to mind as do Vernor Vinge’s mind-twisting  A Fire Upon the Deep and Ridley Scott’s Alien.

Perhaps my favorite, though, is Mass Effect. From the first sighs of the menu music to the controversial last moments of the trilogy, the central theme of the game is the harsh, unyielding reality of space. Mass Effect isn’t about hope or peaceful exploration, it is about struggle and desperation in a universe that is indifferent.

It is grim, to be sure, but also an affirmation: this is simply what humanity does. We endure. We do not go gentle and when we fall, we do so knowing that we gave every ounce that we could.

I could be wrong about the Great Silence, as Fermi’s aforementioned paradox is sometimes called. The world (this guy included) has been riveted by NASA’s Mars Curiosity rover and just last week, a new breakthrough was announced in Alcubierre’s theoretical warp drive, which could make faster-than-light travel possible. After all, even the direst interpretation of the Great Filter theory states that interstellar travel is improbable, not impossible.

Space may yet be the final frontier, and there is no telling what we’ll find if we get there, but that is no reason we should stop trying.

Stu Horvath is content to focus his attention on the world he currently inhabits. He occasionally tweets about the fjords @StuHorvath. He was introduced to the Great Silence and the Great Filter back in June in an excellent io9 article on the subject. And with that, we welcome you to Space Week, where Team Unwinnable will explore all manner of spaces: inner, outer, personal – you name it, you’ll find it here.