Astute readers of this column know that I wholly dislike in-app purchases in mobile gaming. My thought is that the game itself should be the selling point, not simply a means to siphon more and more cash from end users. That said, I completely understand why the IAP model has thrived in the mobile marketplace. Selling a game without IAPs means you only get money from a customer once; give someone a reason to keep pumping money into the game and the opportunity to do so quickly and easily, and you may get them to essentially pay for the game three or four times. It’s the same logic that applies to casinos, minus the glitz, the shame and the endless supply of bottom-shelf cocktails. It therefore makes sense that more and more free games would include IAPs. 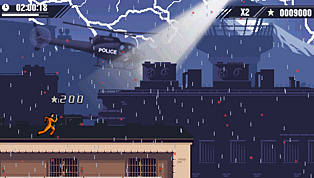 I probably wouldn’t have paid $1.99 to download Triple Town, but since I could download it for free (and certainly someone at GDC ’12 is wishing that I hadn’t been able to), someone at Spry Fox must think there’s a chance I’ll cave and spend twice that to unlock unlimited turns, given enough time playing the free version. It’s an insidious business model, not too far removed from pushing drugs on unsuspecting teenagers. Get ’em hooked, then watch as they empty their wallets.

I shouldn’t demonize Spry Fox for this, because, to be honest, Triple Town is pretty inoffensive as far as IAPs go. They still give you up to 200 turns per day in the game without requiring you to spend a dime. Gamevil, whose IAP schemes I decried in my review of Baseball Superstars II, is a little worse, but it’s still possible to play their games for a while without buying anything; it’s just a lot harder. Zynga? Well, while I don’t touch their Facebook games I can still play Words With Friends and Draw Something without sinking money in, mostly because the ads in WWF are fairly unobtrusive and I have enough games going in Draw Something that I’m raking in in-game currency.

No, right now the kings of IAP sleaze are, surprisingly, Gamelion. I Must Run! is an acclaimed running game that has been available for iOS and Android for some time, and a chance mention by a friend led me to check it out. The first three times I played, I didn’t quite get the rhythm down and leaped smack dab into the top floor of each building. There was no fourth time through, because I had run out of tokens. The only way to get more tokens was to pay for them through Gamelion’s partners at Pocket Change, unlock the full game or complete a number of offers for free tokens, most of which involved downloading other games or software. In that respect, it felt like the insidious “free” iPod schemes back in 2004 (Remember those? Believe it or not, I actually got one. And I wonder why I get so much spam…). In the end, I immediately uninstalled I Must Run! and went back to playing Canabalt to get my endless runner fix without a side of nagging, even though I could purchase the full version of I Must Run! for $1.39. 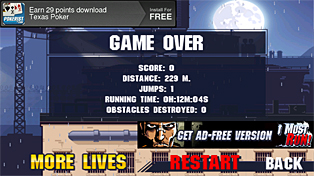 A few days after my experiences with I Must Run!, I had a revelation. This is, essentially, the logical next step in the shareware model. Like most free versions of paid apps, shareware games had shortened experiences, usually limited to one level or one playable character. The difference, of course, is that when id Software wanted more money from me to keep playing Doom, they just went ahead and released Doom II or Final Doom instead of nickel-and-diming me every time I cleared a level of UAC’s Phobos base. Granted, it was a lot harder to do that 20 years ago, in an era of dial-up Internet and limited online payment options, but I got a lot more mileage out of that first mission of Doom than I did I Must Run!, and it made the argument for buying Doom II more compelling, even at a much higher price than any mobile game. What also stuck in my craw was that while the full version of I Must Run! is only $1.39 in the Google Play Store as I mentioned above, to unlock the full game from Pocket Change costs $2.49. In all, Gamelion’s association with Pocket Change may line their pockets a bit more, but the whole thing seems shady to me.