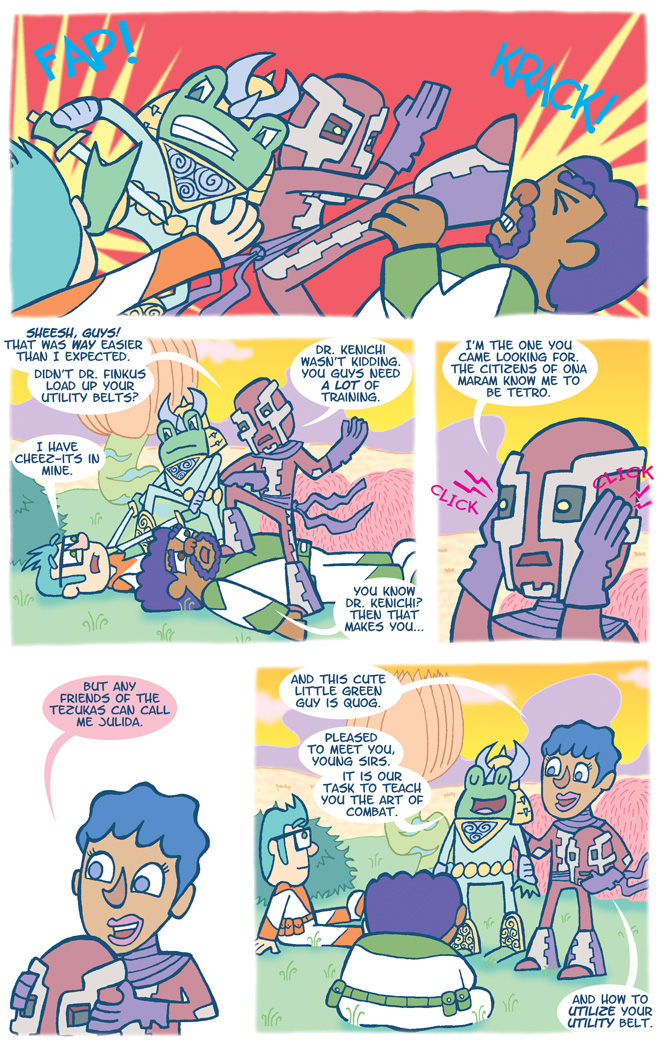 New friends to add to the fold! When I first started this comic, I told you it would be about a team of kung-fu science adventurists… Well, here comes the kung-fu!

Being an artist and a comic creator, a lot of your work comes from the heart and life experiences. Julida is named after my first guitar. Quog is a new version of my biggest comic book star I used to draw as a kid. He was originally named “Frog the City Samurai,” or as I spelled it back then, Samuri. Frog starred in over 20 comics that I started drawing when I was nine. Many characters from his story will appear in Flabbergast.

It’s a real blast drawing him and his supporting cast again. It’s like revisiting an old friend. If you are an artist, take my advice: NEVER THROW OUT YOUR WORK. It may influence a piece or story that you’ll do in the future!