I’ve always loved games, I just haven’t always been able to afford them. In fact, it isn’t hard to bisect my life as a gamer along the lines of childhood and adulthood. My early relationship with games was mediated entirely by the whims of the adults in my life. I played arcade games at their pleasure, begging one quarter at a time. I spent much of my childhood playing Atari games on the generic Sears Telegames clone of the 2600 because my folks had a credit account with the department store.

And so it went. Until I was an independent adult, I spent a lot of time sponging NES time at friends’ houses.

When I returned Stateside it felt like all the other kids were speaking a different language. I knew not of this KISS they spoke of.

When I turned eighteen and was an bona fide grown-up, living on my own and relying on my own wits to survive, I had to make some tough decisions. Hobbies like comic book collecting and playing videogames had to take a back seat. At least for a little while. Beer, rent, food and drugs don’t come free. This is where my great blind spot begins – the part where my engagement and interaction with the medium of videogames gets a little fuzzy.

Something similar happened to me when I was a little kid. My family picked up and moved from Flordia so my dad could help build a bank in Tehran. We lived there for less than a year – the events of Iran’s 1979 revolution forced us to leave at a moment’s notice, catching a late night Pan Am flight to Paris while the U.S. Government could still pretend to guarantee our safety. I had only lived in Tehran for the better part of a year, but my disconnection with American culture was profound. When I returned Stateside it felt like all the other kids were speaking a different language. I knew not of this KISS they spoke of. They all talked about TV shows and toys I’d never heard of. I felt like a weirdo and an outcast (doubly so because my peers also bore blind prejudice against me because I’d lived in Iran). To make up for missed time, I dived headlong into pop culture, absorbing every cartoon and catch phrase that I could. I suspect that my heightened affection for this kind of junk was born way back when. 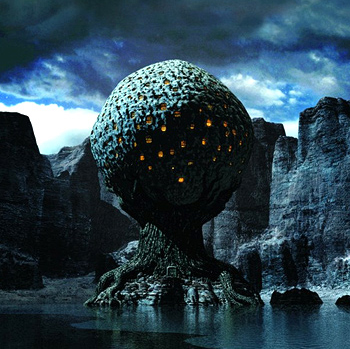 Coming back to games was different. At first. When I escaped Florida to attend grad school at USC, I didn’t have the resources for full immersion. I bought a discounted PlayStation and waltzed listlessly through Final Fantasy VII before becoming bored and dropping it forever. That’s the moment I could have walked away from games forever. None of the other writers in my master’s program were into them. There was a dude that was totally into Russian movies. Another who was all about Cuban music. I was into The X-Files, futzing around on the Internet and collecting 12” records. Nerd stuff. So I started hanging out with people more prone to be into that shit – students a couple years younger than me.

I met Bryan and Mitch, guys who would wind up being fast friends for years to come, at a party. They were both undergraduate film students. We immediately clicked. It was in their dorm room that I found myself re-discovering games. One night, at an undergraduate dorm party, I saw four guys huddled around a tiny TV. The screen was split in four. They were hunched intensely, hooting and hollering with every kill. They were playing GoldenEye 64 – a game I would become very familiar with in the year to come. I had flirted with multiplayer Doom ages ago, but since my PCs always lagged behind the state of the art I’d never really experienced LAN gaming. GoldenEye felt communal and competitive in a way I hadn’t seen since I played Warlords on my Atari 2600. GoldenEye captured my imagination and I was soon haunting the game aisle at Toy-R-Us for more.

At the same time, I saw that Bryan, who was well versed in the PC games of the era (my biggest blind spot) had picked up a copy of Riven. I had loved Myst and looked at his new PC and the glossy cardboard box with envy. Bryan, generously, booted the game up and we started exploring and solving the game together. We co-operatively finished a game that was meant to be an immersive, solo experience. Those days, puzzling over hard-as-hell problems and gasping with amazement at the game’s many surprises, remain one of my fondest gaming memories. In those days, I connected with a friend and started to re-open my eyes to the possibilities of games. I haven’t stopped looking since.