The history of the company is far too Byzantine to recount in simple terms. Suffice it to say that Atari was founded in the 1970s, popularized the idea of home videogame consoles, caused the 1983 North American videogame crash (which nearly destroyed the industry entirely), failed as a hardware developer and most recently spent the last decade languishing as an unprofitable game developer and publisher. Its lasting legacy is a great logo, the creation of the iconic joystick for the 2600 console in 1980 and a library of mediocre games mistakenly called classics.

Over the last eight months, in a desperate attempt to try to turn some kind of profit by tapping into an ill-conceived nostalgia, Atari has published remakes and re-imaginings of some of those games. It should come as no surprise that polishing those petrified turds has not produced diamonds.

What is surprising is just how bizarre they are. I don’t claim to have any real love for the 2600 or its games — I was a ColecoVision kid and the Atari always struck me as primitive – but I was a few years too young to appreciate the system in its heyday. I am sure there are gamers out there who still have fond memories of these games, but I am sure none of them were looking for new games quite like these.

Never one to spare myself some suffering, I played through the demos available on Xbox Live Arcade and, because suffering should be shared, I have reviewed them for you!

The original Haunted House sometimes gets credit as one of the first survival horror games, an honor I do not understand – I have never encountered anything resembling gameplay, let alone the genesis of an entire genre, lurking in the pixels there.

The remake is not much improved. It begins with a laughable cutscene that sets the stage with a laughable story (two siblings have been led by a mysterious letter to the old mansion in search of their grandfather, who disappeared 30 years prior after telling them a scary bedtime story) played out with bad illustrations and uninspired narration.

The games graphics aren’t terribly offensive, but you can only see them part of the time – the gameplay revolves around warding off ghosts using light sources that are constantly depleting. It was an idiotic mechanic in 1982 and nothing has changed in the ensuing decades.

The best thing about Haunted House, both then and now, remains the original box art.

One out of Five Zorkmids!

Yars’ Revenge was the best-selling game for the 2600 in which you play some kind of bug thing that is shooting at a nefarious triangle behind a shield. There is also a field of static that is some kind of neutral zone. Thrilling stuff.

There is a story about the Yar and why it wants revenge. There was a mini-comic included in the original package but I don’t remember it. The remake attempts to tell the story with anime-style artwork and subtitles, but all I came away with is that you are playing a four-armed girl in a dragonfly-themed mech suit.

The game itself is a rail shooter with infuriatingly inaccurate controls (for some reason you move with the left analog and aim with the right…and can hit absolutely nothing), very much like Sin and Punishment, except hopelessly broken. The action is superimposed over some very pretty backgrounds, which are really the game’s lone saving grace, but the two feel completely separate. The backgrounds could be empty blackness and the game would play exactly the same.

If any insect-themed franchise from the 80s needed a revival, it was the Sectaurs: Warriors of Symbion toys, not Yars’ Revenge.

Two out of Five Zorkmids!

Why rip off one classic science fiction franchise when you can rip off all of them?

The original Star Raiders took the framework of the early text-based Star Trek games and mixed in Star Wars-style dogfighting against an enemy called the Zylons (one letter off from Battlestar Galactica’s Cylons), who fly ships that look suspiciously like TIE fighters. Despite the blatant, well, let’s call it homage, Star Raiders is actually quite a good game and many space flight simulators since owe it a great debt.

The remake, once you get past the embarrassing introduction, plays like a Wing Commander knockoff. Nothing about it is particularly awe-inspiring, but neither is it offensive.

The worst thing about the gameplay is the curious sensation that I was moving the universe around my ship, rather than moving my ship through the universe. Since there hasn’t been a memorable space sim since Colony Wars, I am inclined to not completely hate it.

Two and a Half out of Five Zorkmids!

Finally, this summer will see a remake of Warlords, a game I have hated passionately since I was a kid. I have lost every single match I have ever played – against people, against the computer, never have I tasted victory.

This is actually the second remake of the game in recent memory. An equally horrible version appeared on Xbox Live in 2007. If you played that, you know that nothing about making a new Warlords game is a good idea…

Two out of Five Zorkmids! 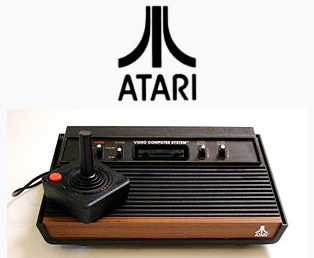 Superman is Bigger than Ever!