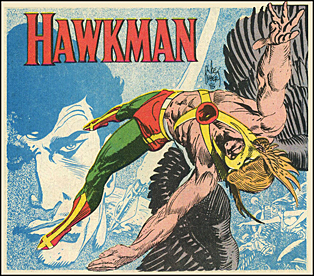 Joe Kubert was born in Yzeran, Poland in 1926. He and his family emigrated to the United States before World War II. At the age of 12 (though some accounts say 10), Kubert began working in the comic book industry, eventually landing work at DC Comics in 1943. There, he worked on series like Seven Soldiers of Victory and Hawkman. In the 1950s, he began working on the World War II adventures of Sgt. Rock. Those stories weren’t always glamorous, but they were always full of strong storytelling and dynamic panel design.

In 1976, Kubert and his wife, Muriel, founded the Joe Kubert School of Cartoon and Graphic Art. In the halls of his Dover, New Jersey school, artists like Amanda Conner, Alex Maleev, Karl Kesel, Steve Lieber, Tom Mandrake, Jan Duursema and many more (including Kubert’s own sons, Andy and Adam), began learning their trade as comic book creators. 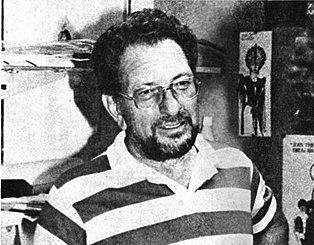 Joe Kubert never stopped drawing. He had one of the most prolific careers in comics, consistently producing works in different genres. His body of work includes Enemy Ace, Tor, Fax from Sarajevo, Tarzan, Sgt. Rock, Hawkman, Yossel: April 19, 1943, Dong Xoai, Vietnam 1965 and other comics too numerous to mention. DC Comics is scheduled to release an anthology, Joe Kubert Presents, this coming October.

It’s impossible to measure the true impact Kubert had on comic books. But all one has to do is look to Twitter to see the stories comic professionals and fans have to tell about the man and his work.

Joe Kubert was a master storyteller, an unparalleled artist and an esteemed educator. He will be taking comics to school for a long time to come.

Rest in peace, Mr. Kubert. Unwinnable sends its sincerest condolences to your family and loved ones.