From a gaming standpoint, I completely see the necessity of owning at least one good pair of headphones. More and more of our favorite games are becoming full-fledged experiences, both in sight and sound, and it would be a shame to only experience 50 percent of these moments.

One company still leading the pack in videogame sound engineering is Turtle Beach, and they have unleashed their new X42 Wi-Fi headset to give your ear holes something to get excited about. It goes without saying that Turtle Beach has been at the forefront of game sound engineering for quite some time now. Their products have evolved gracefully over time, and with each release they are giving their customers more options to fully immerse themselves into their favorite games. 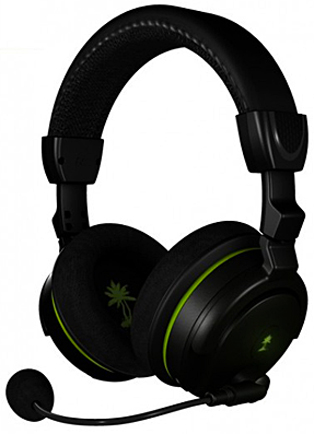 Most of the headsets I had tested seemed better suited for the first-person shooter market than anywhere else. But what about the gamers who don’t need all the frills that come with a high-end pair of headphones? Through testing the majority of them, I found the experience was quite flat, as if most companies put all their effort into their higher-end models. It seems that Turtle Beach saw this, too, and brought forth a basic headset that is both affordable and has the sound and functionality to stand next to their elite models. Enter the X42, a no-nonsense, straightforward set of sound cans that will restore that missing 50 percent and give you the best sound quality, no matter what game or media you are using your Xbox 360 for.

That’s right – this headset is made specifically for the Xbox. Simple in design but heavy in payoff, the X42 features two 50mm drivers that deliver full 5.1 surround sound straight out of the box. Another first for the company is the inclusion of their new dual band 2.5 GHz Wi-Fi technology. The beauty behind this is that the receiver can automatically switch Wi-Fi spectrums, finding the perfect signal and eliminating almost any interference. In prior models, the headset had to be in direct line of sight with its receiver; with these suckers, as long as you have a Wi-Fi signal in the house, feel free to take a stroll as you will stay in direct contact with your Xbox. I also plugged my phone in to the auxiliary port on the base station and cleaned up while raising hell with Pantera. I did record some instances of signal dropout, but nothing major, as the unit quickly recovered.

Construction is top of the line. Modeled after Turtle Beach’s high-end XP series, the headset looks and feels very similar, as the build is very solid with no plastic creaks or rattles. Surprisingly, the X42 is very lightweight for its size and extremely comfortable; the breathable mesh fabric around the ear cups didn’t build up any heat on my head and allowed for extended gaming sessions.

One of my favorite features is that it sports a removable boom mic. I rarely chat online, so it’s nice to have the option of removing the mic when it’s not in use. You still need to connect a chat cable to your controller for chat volume control, as this will not function with the Bluetooth adapter. It’s a small price to pay, but the set also features the microphone monitor system, which allows you to hear yourself and will adjust accordingly with gameplay volume. 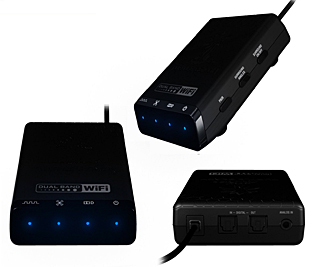 Finally, we get to the meat and potatoes: sound. If you are not careful, the X42 will block out the outside world ENTIRELY, as the 5.1 surround sound really kicks your ass. Several scenarios played themselves out whilst I was using the headset – none of which I heard – and I was often later met with a “What the hell happened!?” or “You didn’t hear me yelling for you?” I digress.

With a simple mid, treble and bass boost, this is as simple as it gets. The wireless base station also gives you control to adjust the multiple surround sound angles. This pays off in spades, as with a few simple button presses, you can change the output to adjust for whatever media you are viewing without losing any clarity. I never found myself messing with this much, but I did find that Turtle Beach has perfected rear-projecting sound when the X42 is set to a wider surround sound layout.

This is the everyman’s headset. It’s simple, comfortable, easy to set up and it’s the best sound you will get from your Xbox – period. You’ll be totally covered while jumping back and forth between movies, arcade games, shooters and even ESPN. Plug the digital audio cable into your TV, and your loved ones will thank you as you soak up all the audio goodness. The simplicity of the X42 is what makes it great. Even after every other headset I have reviewed or had the opportunity to demo, simplicity for me wins out. At $159.00, I would choose the X42 in a heartbeat.

The Sound and the Fury