It seems fitting that in between writing sentences in this review, I’m actually playing Downwell. At his talk at GDC last week, Ojiro Fumoto (known online as moppin) cited Spelunky as one of the chief inspirations for his gunboot driven mobile game. He just wanted to make it vertical. You can see the elements of Spelunky that fell and morphed into Downell, which by release was a very different game from its inspiration. But the puzzle pieces, as Derek Yu would say, are still there.

The most recent addition to Boss Fight Books is Derek Yu’s Spelunky, and in contrast to some of the other books in the series it is written by the creator of the game it profiles. Previous installments, such as the Metal Gear Solid book written by the Burch siblings, have come at the concept from an outside perspective  This time around, readers are walked through the long process of actually developing a game from concept to release. Spelunky is a game development primer.

If you’re a fan of Spelunky, it’s honestly worth a read. As someone who spent a period of unemployment running endlessly through caves and jungles, this feels like a welcome trip with an old friend. For someone less familiar with the XBLA title, it might be less of a catch.

It would be disingenuous to say that Yu is an exceptionally gifted author, but his writing is direct and easy to read. Ultimately he is a designer first, and a writer second and it shows. This allows for a really interesting section midway through the book where he breaks down the way that the levels are randomized. It’s mathematical, and another writer would probably have cut it in half. But it’s easily one of the more interesting sections in the book. Ultimately it is Yu’s designer sensibilities that make Spelunky worth a read, a feature rather than a bug.

It feels a bit like Indie Game the Movie in book form, allowing the reader to feel the bumps and bruises of Yu’s process – his underestimation on how long it would take to actually make the game, the sacrifices made, the past partnerships. There’s no tawdry titillation here, no sex, drugs, ,and rock and roll. It’s almost conversational. When Yu talks about his relationship with Microsoft, who he initially worked with to release the game on XBLA, he talks with such a frank voice that you can almost feel him in the room. It reads as neither instructional nor carefully laid out by PR. Instead it feels like you’ve slid up next to him on a couch at some conference and are talking over your options for your own future release. 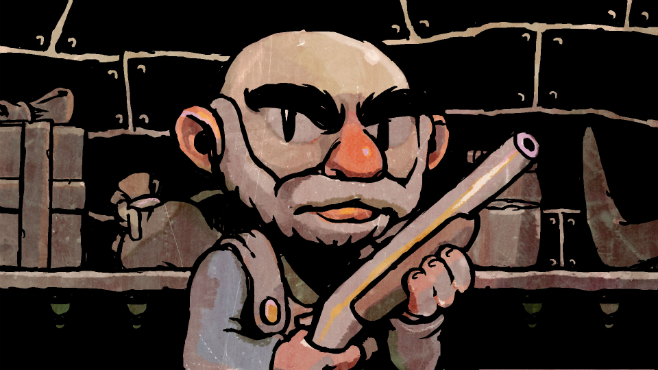 The book ultimately holds few surprises in terms of game development. If you’ve even a passing interest in the creation side of the medium, there is a sense of camaraderie but no novel insights. This isn’t to say that the text is a waste of time: far from it. Yu manages to infuse Spelunky with a sense of humor and self-reflection. When he talks about the damsel he breaks apart the concept from why he felt it was necessary at the time to his own response to people who criticized it as well as any outside perspective. He has an ease for breaking down complex ideas into simple metaphors, but that is also one of the reasons that the book doesn’t succeed as well as a game design text.

Where it does succeed is in giving a real timeline to a successful game. It’s easy to look at finished games and think of them asready-made products, a fact that is simply not a reality of any product. The game that went on to get perfect scores, which went on to become one of the biggest indie games of 2012, took four years even when the developer originally thought it would only take one. For people just arriving in the industry, a book like Spelunky is exceptionally helpful in terms of painting a realistic view of what development actually looks like. It’s messing up sleep schedules because your development partner is across the country and your far off deadline just became concrete. It’s having to scrap your project and build an entire engine from scratch so that the game works right. It’s cutting modes that just aren’t fun. This, more than breaking down design principles, is what makes Spelunky a good book for game design.

Spelunky is currently available for pre-order through the Boss Fight Books site, with the book going live on March 29, starting at $4.95.

Amanda Hudgins is an occasional writer based out of Lexington, KY and sometimes writes for her interactive fiction publication Storycade. You can find her on Twitter at @barelyconcealed