Unfortunately, Ken was holding the video camera when Mr. Lee gave Ken his Death Ray power. The film is survived by its writer and screenplay. Enjoy. 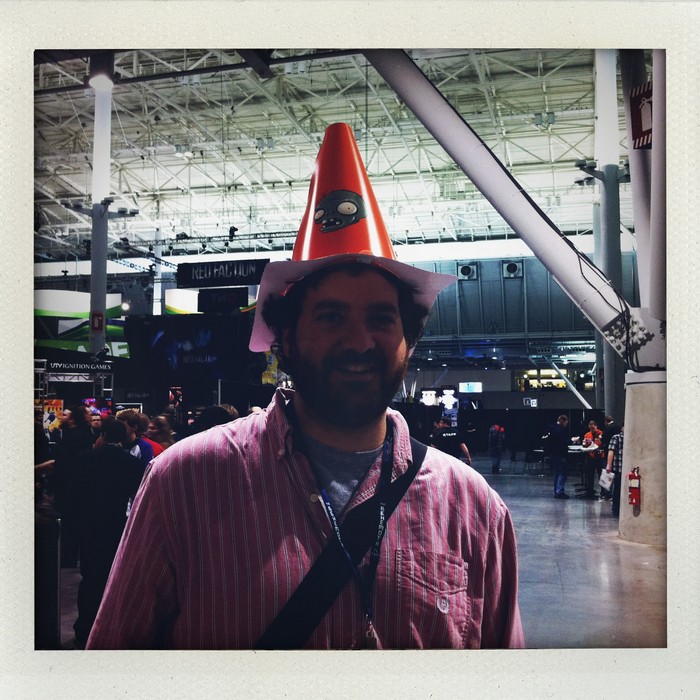 An Unwinnable Adventure at the Penny Arcade Expo.

Written by Ian Gonzales.  Inspired by the rantings of Charles Moran, Ken Lucas and Matt Marrone

Matt lays in bed, looking distinctly hung over. The alarm clock is blasting The Foundations’ “Build Me Up, Buttercup.” Matt looks over at the alarm clock, he is not amused.

5. Putting on the Plants Vs. Zombies Cone hat.

6. Walking towards the convention center.

Matt pulls an old mayo jar full of pennies out of his messenger bag. He looks very excited. The smiling plant is visible on his hat.

You’re taking that kind of literally, aren’t you?

Matt, looks crushed and walks away disappointed. The angry zombie is visible on his hat.

An Unwinnable Adventure at the Penny Arcade Expo