If you pay attention to my bylines (hi, Mom!), you may have noticed you haven’t seen one for a while. The onset of summer is usually a difficult time for me – shorter, warmer nights aren’t pleasant when you’re most comfortable sleeping in a cold, dark room, and when I don’t get enough sleep things start to go sideways. But it’s not just that.

See, back in January (at the suggestion of my doctor), I stopped taking the antidepressants I had been on for almost four years. I used them, naturally, as a way of managing my anxiety and depression. I had been stable for two years at the lowest prescribed dosage, had some pretty successful results from therapy and was out of the toxic situation that contributed to my last, well, near-breakdown. The last time, as I’ve come to call it, I shaved my beard, dropped out of graduate school and got a cat. 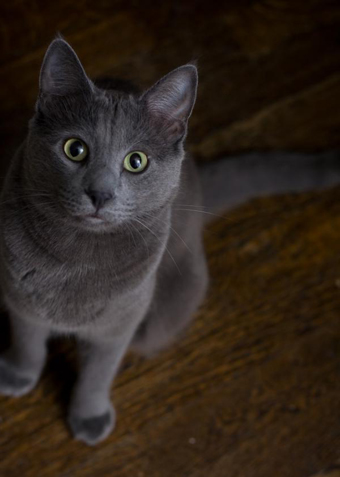 This time they weren’t quite so bad. I lasted about four months before the combination of a Modern Architecture final, the approaching deployment of a massive work project, and the death of my boss’s father knocked me flat. That the last even had me so thrown off was weird to me. I felt like I shouldn’t have been affected strongly – after all, I had never met the man.

Those four months of post-SSRI (Selective Seratonin Re-uptake Inhibitor, AKA anti-depressants) peace (well, minus the two weeks of low-grade nausea and random dizzy spells at the beginning) weren’t actually all that peaceful. I had been more irritable and downright hostile when agitated. Nervous habits (lip-chewing, mostly) that I had forgotten about returned.

Sleep went, appetite followed – I’m hungry until I’ve got the food in front of me, then I eat three bites and I’m finished. I took home a lot of leftovers and dropped 15 pounds.

I was still able to react to things, to handle issues at work as they came up, to have conversations on podcasts, but the kind of motivation to write (both freelance and the code that I write for part of my day job), the concentration necessary to get in front of things and create, well, that was gone.

Playing games was a chore. “Of course it was!” you may say. “Part of depression is not enjoying the things you used to!” But my watching TV, movies and reading didn’t suffer. I’m not saying that gaming is a creative act in the same way as writing or coding, but maybe the part of my brain that’s used for planning, and that goes dormant to cope, overloaded as it is with racing thoughts and sensory stimuli, is necessary for playing in a way it’s not for reading or watching. It wasn’t that I didn’t want to think (I didn’t study film in college so I could “turn my brain off” during movies), it was that I didn’t want to plan.

Or maybe that I didn’t want to, or that I couldn’t, move.

This past weekend, I went to Chicago. I hung out with Jenn Frank. I saw Advance Base (one of my very favorite musicians working today). I bought a bunch of NES games. And I started playing Prey.

Prey’s shooting is not very engaging – you can get through most of the game by just sniping aliens in the head. The story and characters and enemies are a bizarre mash-up of Noble Savage and Evil Mother. When you die, instead of a game over, you shoot Dishonored Spirits with your Spirit Bow to regain your health. Wall-and-floor vagina-like openings spit out enemies. The higher difficulty level is called “Cherokee.” Calling it “problematic” is being generous.

You’re constantly moving forward, crossing whatever bridge or going through whatever portal is in front of you because it is in front of you. The ease of combat combined with absolutely no punishment for death means you’re never not progressing (unless you miss an obviously telegraphed switch and spend 20 minutes stuck on the wrong side of a force field). It’s almost like after spending years stuck in its own development, Prey just wanted you to go.

Maybe if I grab all of those pins and squeeze them, all the tiny little stabs will distract my mind and calm me down

That’s a nice feeling, to be moving forward. It’s absolutely crucial for someone with issues like mine. The last time, when things were a lot worse, I put 40+ hours into Fallout 3, exploring its world while I regained the strength and ability to cope with our own.

These feelings weren’t proxies or substitutes.  They’re reminders that it’s possible to move forward, signs of things to come, promises that I’m getting better.

My unmedicated depression and anxiety is like this: thoughts mash into one another, self-doubt builds and I get stuck in it. I don’t eat or sleep enough, which makes me more prone to anxiety, which then makes me eat and sleep even less.Then I look at a box of pushpins and think, “Maybe if I grab all of those and squeeze them, all the tiny little stabs will distract my mind and calm me down.”

I’ve never grabbed the pushpins, but it was the metaphor that shook me up last time: these little jabs were the physical equivalent of what I did to my social relationships, the little hostilities that most of the time I internalized. Things that I knew weren’t OK, but that I wasn’t equipped to handle – thinking myself in circles.

It wasn’t my reaction to the death that opened my eyes this time, but my attempts to process that reaction. To think myself out of it in a way that actually made things worse. And so this month of creative silence has also been one of readjusting to medication, of relearning to plan and to move.

Writing this is, I hope, the first of many steps forward.

I’ll let you know how it turns out.

I’m Scared of Everything Now