Prey tries to do a lot of things. There’s crafting, audio logs, zero gravity, and a mysterious corporation. It doesn’t, however, pull all of those things off. The game does a poor job communicating how and why to craft. The zero gravity sections vary between excellent and tedious. And in the year of Lord Sauron 2017 it feels like every game has some version of Weyland-Yutani.

But Prey’s Mimics are perhaps the perfect enemy.

A mimic could be anything. That coffee mug, that bench, a trash can. If you walk into a room and a piece of furniture jiggles that’s probably a mimic. Look away for long enough and a mimic will change into something. Though it never happens, they’re potentially every object in every room.

What makes them the perfect enemy is that they change how you play the game and view the world. They cause you to approach every room as though every single item is an ink spider alien who wants to destroy you. If you’re like me, it means that you methodically whack every single object in a room with your wrench. If you’re like my mother it means you grab and throw everything into everything else. Sometimes you bring a turret friend.

This all comes from the possibilities that mimics present. They aren’t in every single room but from an early point, the game pushes you to play as though they are. At any point a bar stool could betray you and attempt to murderize you. When you can’t trust that a coffee cup won’t try kill you, who can you trust? Prey’s horror doesn’t come from the grotesque or the strength of its foes, instead, it comes from the mundane. 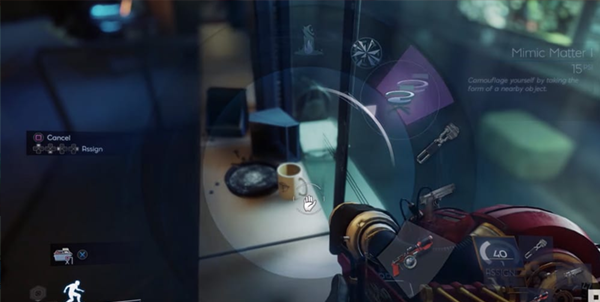 Just looking around my desk there’s plenty of objects that could easily be replicated and go unnoticed. I’ve got three pint glasses. A fourth could appear and I wouldn’t notice. Prey uses a kind of estrangement or defamiliarization. You should feel safe alone in a brightly lit room. In many games, you can easily feel this way, especially after an intense firefight. But Prey does not allow this, it demands that you question your surrounds and even use precious resources to test if you truly are alone.

Sadly, the mimic isn’t the only enemy in Prey. It’s clear that some of the larger, tougher enemies are inspired by the Big Daddies of BioShock fame but why not just make bigger, badder mimics? Instead of hulking monsters that shoot energy what if we graduate to fearing the refrigerator or a conference table? What if the low-level mimics can only duplicate but the higher ones absorb them?

It’s wonderful that Prey’s true achievement is that it found a way to turn the riotously funny PropHunt into a survival horror game. In fact, it feels like Arkane Studios didn’t take this conceit far enough. In a game where memories are so fragile, certainty of one’s environment should be par for the course.

Mimics don’t invite the player to dive into their interior. They aren’t cerebral foes. They aren’t even particularly powerful. Mimics are the ultimate enemy because they make you distrust things you’ve taken for granted.

The Lost City of Z is Just Another White Explorer Story

Eagle Island Is a Fond Reminder of my Childhood