There’s no conversation more boring than the one that hashes out what’s wrong with massively multiplayer online games. Everybody has an opinion, based mostly on having played one or two or a shit-ton. I tend to take these game design critiques with a dump truck of salt. Gamers only know what they want. And often that desire is what makes the game fun.

Designers, on the other hand, I am terribly interested in how they think they can save the MMO. Back in 2007, I went to a conference for independent MMO designers. I was somewhat amazed to meet a dozen or so game designers with projects in varying degrees of completion. Some wanted to tear down all the rules established by World of Warcraft. Some sought a return to the freedom and creativity of the MUD. One guy swore by his idea of an MMO with permadeath (back then it seemed crazy and far out, but now I’m not so sure).

Not many of these games ever saw the light of day. The truth is that games are hard to make. MMOs even harder, I would imagine. 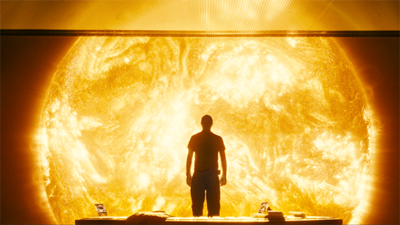 Danny Boyle told a story when he was doing press for his sci-fi picture Sunshine. When he sat down to make the movie, he swore that he would fix all the scientifically inaccurate stuff that movies always did when they put people in space. So the first thing he did was make sure that the star field behind his spaceships was motionless. The distance between stars is too great for there to be a parallax effect when a ship is in motion, but he discovered that scenes shot that way looked like a photo. Dead and motionless. They were realistic, but they weren’t filmic. One pet peeve at a time, Boyle learned the hard way that getting it right is harder than it looks. Sometimes you just have to make it work.

I am sure that every game designer sits down with a list of revolutionary ideas they’re going to put into their MMO only to discover that their genius idea doesn’t work, it isn’t fun or it is going to be super hard and crazily expensive to make happen.

That doesn’t stop us or them from dreaming. 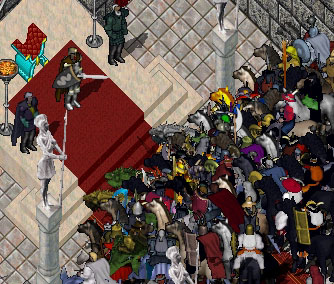 My first totally unrealistic and probably unworkable idea for MMOs is paid actors. As in paying people who already play the game a ton to be full-time characters in the game. I’m not going to pretend that this idea is totally mine. Neal Stephenson played around with the notion in The Diamond Age. And Richard Garriott fooled around with this a bit back in the days of Ultima Online. Every so often he’d log into the game as Lord British – the ruler of Britannia. You could go to his castle and seek an audience with him. I tried to go check him out once, but the place was so crowded that my screen just filled up with character speech.

I’d like to see dozens if not hundreds of people employed to play MMOs – they could be characters of many different statures low and high. They could hand out quests or lead huge groups of players in battle. Part of my wish for this is to see a return to the days of role-play, when people spoke in character and actually tried to pretend to be someone other than a nerd playing a computer game. But, there’s also the possibilities that open up when you have human beings directing play. Jason Rohrer’s Sleep is Death storytelling game feels like it hints at what it could be like to be a paid MMO actor, shaping a story as you play.

My other notion is way more far out. And, too, is probably unworkable for a million different reasons. The first, and most insurmountable, being that fact that people suck. My idea for this game is that it starts with only two players. An Adam and an Eve. They can bring one new player into the world by having a child. At first that player is weak and needs protection, but eventually they become self-sufficient and can strike out on their own. That’s how the player population grows, through propagation and relationships.

The trouble, of course, is that people are generally shitty to each other. You can’t expect them to be good parents or decent people. Just look at the evil shit they get up to in Day Z. 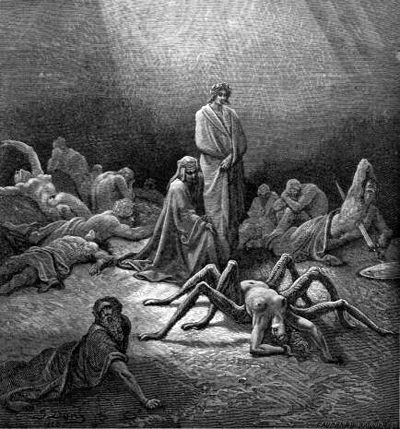 I thought permadeath would be appropriate for this game. When you die, either by misadventure or at the hands of another player, you find yourself in the afterlife and must wait in purgatory to be reborn. My thought was that players who are evil, who kill others or just have bad karma, must overcome a shitload of trials before they can be reincarnated. The nicer you are, the closer you are to being born again. I figured that the kind of people who like being assholes would enjoy fighting their way through hell, while kind, productive types can get right back to living (well, after they get through infancy and childhood).

There’s a lot of fun stuff you could do with bloodlines and traits being handed down from parent to child as well as stuff sticking with your soul as your facet of the collective unconscious. Massive Chalice, that strategy game in the works from Double Fine, is playing around with the idea of bloodlines. I hope they make them work.

Once somebody gets a little element like that working in another game, the possibility of it cropping up in MMOs gets that much more likely. I’m not holding my breath, though.