This line about time travel, one of the first uttered in Sine Mora, is potent. Part of a monologue from protagonist Ronotra Koss, a former ace pilot turned paraplegic vessel of vengeance following the death of his military cadet son, the phrase speaks to a lack of control that pervades Sine Mora’s narrative. I realize (and lest we forget) that the vast majority of games on the market have taught us that revenge stories in the medium aren’t usually capable of reaching a characterization above “dull.” Yet Koss’ meandering soliloquies – alongside the rest of the cast’s – are existentially morose, their disparate thoughts on sexuality, loss and regret all cruelly addressed with measured fatalism.

All this coming from a horizontal shooter whose creative credit is usually ostensibly given to Suda51’s Grasshopper Manufacture.

There is a senseless irony in the name Sine Mora, Latin for “without delay.”

I’ve been writing a lot about Grasshopper lately. I interviewed Suda twice, talked about my experiences meeting the man and dissected the demented arcadiness of Diabolical Pitch all in the last month or so. Sine Mora, one of two games co-developed with Hungarian developer Digital Reality, doesn’t feel like a Grasshopper game because almost all of the latter’s contributions take place behind the curtain. Excepting a few tweaks to its vision, some concept art and another brilliant selection of compositions from Akira Yamaoka, this is entirely the work of Digital Reality’s creative director Theodore Reiker and a small, dedicated crew in far-flung Budapest. Well, except the mechanical designs by anime director and Evangelion mechanical designer Mahiro Maeda.

It’s an odd production, with hints of Japanese-ness among a more Western cultural palette. Unsurprisingly, it’s the abstruse snippets of narrative that draw me back. Probably the least Japanese aspect of the game, they are penned by Reiker and spoken in Hungarian, fortifying the measure of possible distance between you and Sine Mora’s alien world. It’s the kind of story to easily gloss over if you’re just here for the shoot, and I’ll be the first to admit to its inscrutability on your first playthrough.

A primer: setting the stage with the mass bombardment of a minority race (the Enkies) by a totalitarian empire, the plot follows Koss’ trail of death after his son, the pilot of an Empire bomber, pays the ultimate price when he refuses to let his payload contribute to genocide. But one measure of good fiction is the ability to glean more on subsequent readings, and this is really only the most action-specific aspect of the story. The Enkies have the ability to move through time; for this the imperialist Empire enslaves them, gutting the Enkies of their sensory organs and harnessing their power for their own.

Koss, for his part, is a flawed, fascinating character. He speaks with a calm cynicism about the plight of the Enkies, his former affiliation with the Empire, sorrow over his absenteeism as a father, casting disillusionment even over his plans to murder the crew of his son’s bomber, the only thing he feels he has 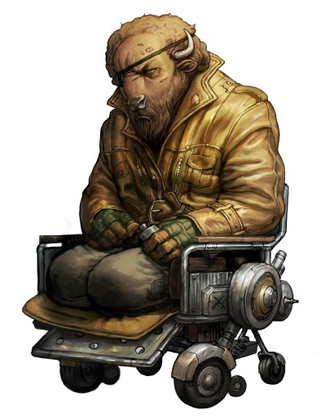 left to live for. Bitter and exhausted, he has become calloused, willing to go to any means to get what he wants. Blackmailing an Enkie survivor, raped by the co-pilot of his son’s bomber, Koss sneaks into underwater prison where that same man is rotting for the sexual assault. Koss doesn’t care much about his own life, either. Entering an underwater minefield, the old pilot’s Enkie captive screams, “I hope you die in there, Koss!” He giggles in response.

This is cobbled together from just one monologue and one gameplay scene, to say nothing of Koss’ larger plan or the small group of Enkie rebels simultaneously waging a lopsided rebellion, all of whom have their own miserable stories to tell. Just from this glimpse it should be obvious that Sine Mora’s plot is complex – you will probably glean less than half of any of this if you only finish the game once and won’t get the whole story until after you clear it on challenging difficulty. Nor are things going to end well for many of the characters. The Enkies’ time-hopping “eternal war” with the Empire is perhaps an easy emblem for the game’s hopelessness.

What is particularly refreshing about Sine Mora is that you gain context and realize 90 percent of the story against the black screen of its monologues. Like Koss’ quote, their presence is the gift that lends meaning to something that might otherwise just be a fun-if-meaningless collection of light, color and movement. That doesn’t seem to be the intent. Digital Reality would not have included such a detailed encyclopedia of lore as an extra if they wanted everyone to think of it as just a shooter. (Alternately, the tougher arcade and other modes have been included for hardcore genre fans that simply want to enjoy it as exactly that.) I would caution against reading too much mythos too quickly, as this almost causes a midi-chlorian error breach that takes a lot of fun out of piecing together the game’s events solely through monologues.

You might call Sine Mora a modern-day Einhander based on its massive multi-hitbox bosses and bleak tone, though I’m not actually sure a game like this was possible in the 32-bit era. Einhander’s narrative drama, such as it was, was largely overshadowed by its shooter presence, and for as brilliant as it was back in 1998, the industry was still a long way from possessing the creative capacity to do much that challenged narrative conventions, particularly in genre-oriented games. In 2012, Sine Mora has no such problems either with its identity as a shooter or reveling in its despair.

Where does that leave the primary mechanic of slowing down time? What about the replacement for lives, a ticking-down timer whose penalties and rewards come respectively from getting hit or destroying enemies? Narratologically speaking, it’s a boon. You’ve been given the power to achieve gameified victory by threading your ship through hails of enemy gunfire at significantly slowed speeds, but if your mission is ultimately doomed, can there really be a point? Does that power you possess actually have any value? There is a senseless irony in the name Sine Mora, Latin for “without delay,” as there is in the relative impotence gained with the scant seconds added to the clock by every enemy kill. Maybe like Enkies fleeing through time to escape the Empire, the history-as-hitting-continue is fated to repeat itself here, until it doesn’t.

Steve Haske usually isn’t this much of a bum-out on Twitter @afraidtomerge.

Escape to the Theater of Magic

We Can’t Have Dreams