It’s been a pretty good week for Instagram’s developers.

First, their long-awaited Android app came out and, despite inciting a holy war, Android users lapped it up, with over a million downloads from the Google Play Store in the first 24 hours. Then they closed on a deal with Facebook, announced this afternoon, in which the social media behemoth agreed to purchase Instagram for $1 billion in stock and cash. In a 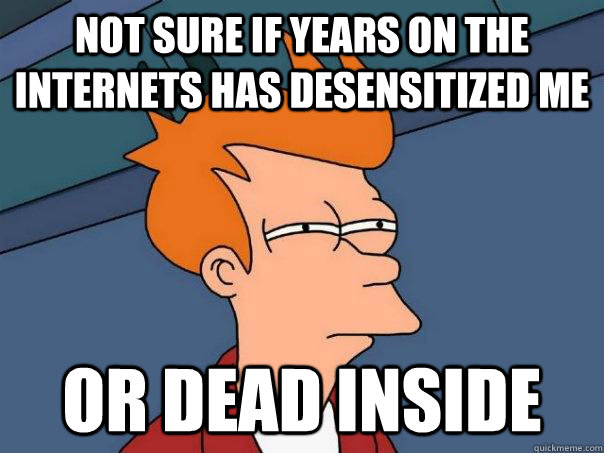 press release issued on Zuckerberg’s Facebook Timeline, he committed to “building and growing Instagram independently.” Zuckerberg also noted that with an established user base, “we need to be mindful about keeping and building on Instagram’s strengths and features rather than just trying to integrate everything into Facebook.”

On the face of it, it sounds like the Instagram we’ve all come to know and love (or at least become fleetingly familiar with, for those of us on Team Android) will not change much at all. Then again, this is Facebook, whose user base greets any minor UI change with much wailing and gnashing of teeth, mashing up with Instagram, a number of whose users are still disappointed about the loss of the network’s iOS exclusivity. Thought #TeamAndroid vs. #TeamiPhone was bad? Just wait until the fatalities start piling up when #TeamFacebook battles #TeamInstagram. Me, I’ll be shoring up my social media survival bunker with canned goods, shotguns, and Fry memes, waiting for the coming social media apocalypse.

The iPhone 4S Revealed – Is It A Big Deal?
Previous Post

Rookie of the Year: I Posterized Geek Flea 3