Instagram, the app that takes your cell phone camera with its advanced optics and turns it into a Polaroid from the early 1980s, released its long-awaited and long-hyped Android app this week. Within hours, Twitter had blown up not only with new Android Instagrammers (the app surpassed a million downloads within a day), but with a number of iOS Instagram users expressing serious dismay and anger that one of their apps was now being somehow sullied by the presence of Android. 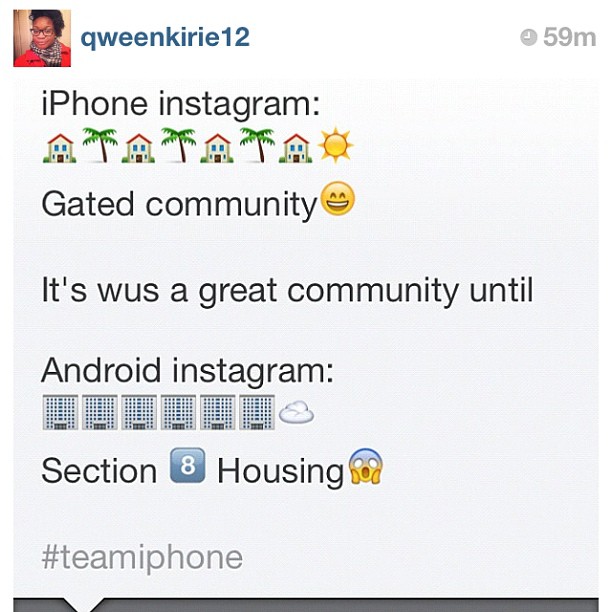 #TeamAndroid and #TeamiPhone began trending as it seemed like the entire Twitterverse began to choose sides and prepare for battle:

All this over an app that makes every picture taken with it look oversaturated or damaged by time. Meanwhile, there is talk that a number of iPhone users have made the jump to still-only-available-for-iOS PicYou, which does much of what Instagram does but without the large user base.

Seriously, folks, is this what it’s come to? And is Instagram really going to be the tipping point? I don’t remember this same outrage when Temple Run came out for Android last week. Nor when Rovio started porting Angry Birds to every device it could, even WebOS and Windows Phone. When Google released a Google+ iOS app, I don’t remember Android users getting up in arms that suddenly they would have all these iPhone users in their circles (this, of course, assumes that anyone ever notices anything on Google+). And should the day come that Apple allows apps that modify the underlying iOS infrastructure, I doubt many of us will cry when Swype or SwiftKey make their iDebuts. Should Google Maps for iOS add turn-by-turn navigation like it’s had on Android for years, most Android users will greet it like the news that iOS added a drop-down notification bar – with welcoming indifference.  It’s not like Instagram is the only Android app to include photo filters, by the way. The stock camera for Android 4.0 also includes similar functionality and better sharing options than Instagram. 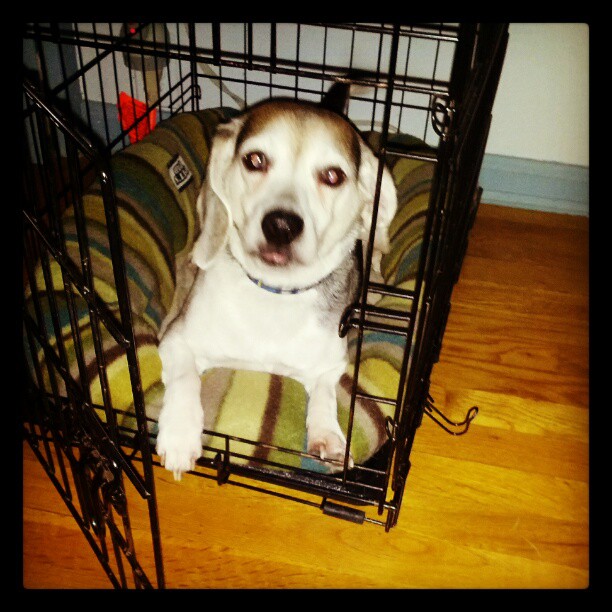 One tweet sticks in my craw, though. There have been many variations of it, but the gist is that Instagram on iOS was a gated community, but opening it up to Android users has made it Section 8 housing, as if the entire Android community is made up of paupers who couldn’t afford the iPhone. Never mind that Apple and AT&T are offering the iPhone 3GS for free with a contract, or that cell phone data plans are pricey regardless of carrier or device. It’s that smugness, probably born out of Steve Jobs’ own personality, that has convinced me to continue using Instagram, no matter how silly or pointless it seems. To that end, I leave you with a picture of my dog, taken a mere 24 hours after the application dropped, even if it looks much older.

Anyway, cheer up, iOS users. You still have Flipboard.

Feel free to join @UnwinnableDonB in making fun of #TeamBlackberry.