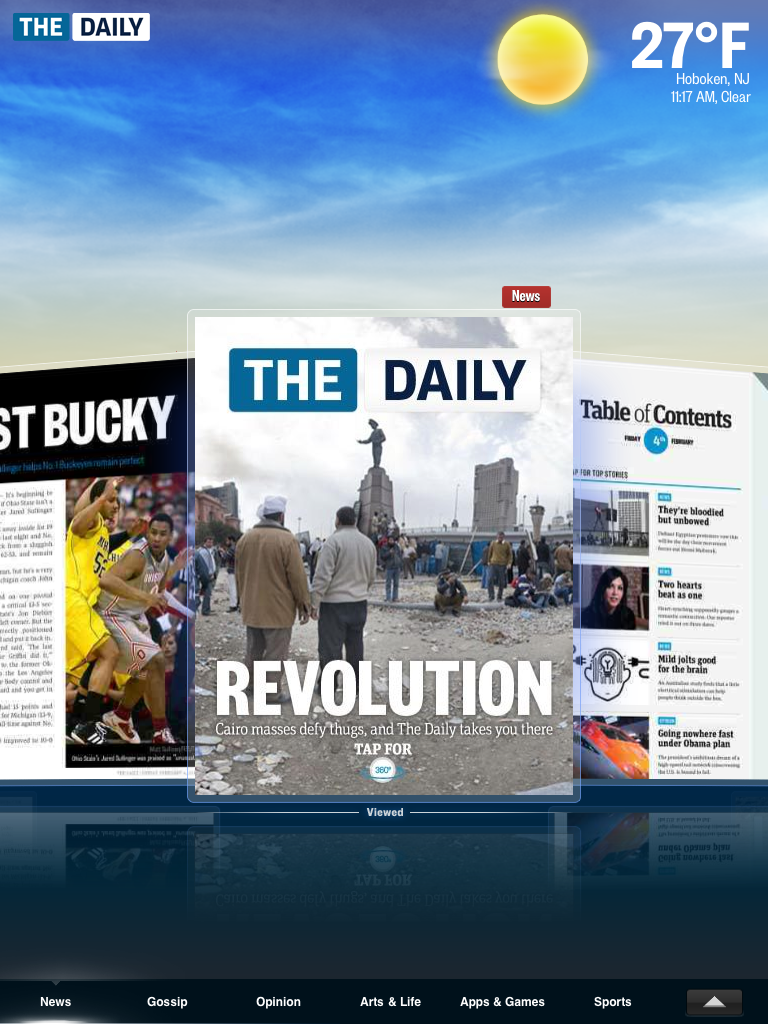 The Daily is three issues old as I type this, and let me start by saying that I like it quite a bit.

When the free, sponsored two-week period expires, I’ll plunk down my 99 cents for it, and if I find myself returning to it every morning, I’ll keep my subscription going. Make no mistake, I’m not doing so simply because a good friend and colleague of mine is an editor there; I told him from the start he gets an automatic download or two, but he has to grab me – and keep me – if I’m going to stay.

I’m just not sure how long The Daily is going to last.

While it takes a bold, risky stab at tablets as an iPad-only news magazine and, while the tech glitter – which I expect will be enhanced further over time – is off to a strong enough start, there is one troubling aspect of The Daily that is decidedly old world: It’s general interest.

Now, I can’t blame Rupert Murdoch for being behind the times – the dude turns 80 next month – and, after all, he’s still the first news mogul with an iPad-only publication.

But the era of news moguls as we know them is rapidly coming to a close, along with the newspaper as the dominant mode for news delivery. There are many reasons for this, but one of the most compelling is the Internet’s ability to connect to niche audiences – something that is utterly impossible for newspapers.

Say I’m a tech news junkie (not much of a stretch; I am one). Reading a newspaper cover to cover might give me one, or maybe even two, 300-words-or-fewer stories on tech. The Daily, which does a pretty good job catering to its early adopter readership, has several pages. But even that isn’t enough for me — every day, I read Daring Fireball, Gizmodo, TechCrunch, TUAW and others, and listen to several tech-related podcasts. That coverage simply blows newspapers and The Daily away.

But what about breadth of coverage? Couldn’t I spend all day going from tech site to tech site, missing non-tech news stories and features?

Not with an iPad. 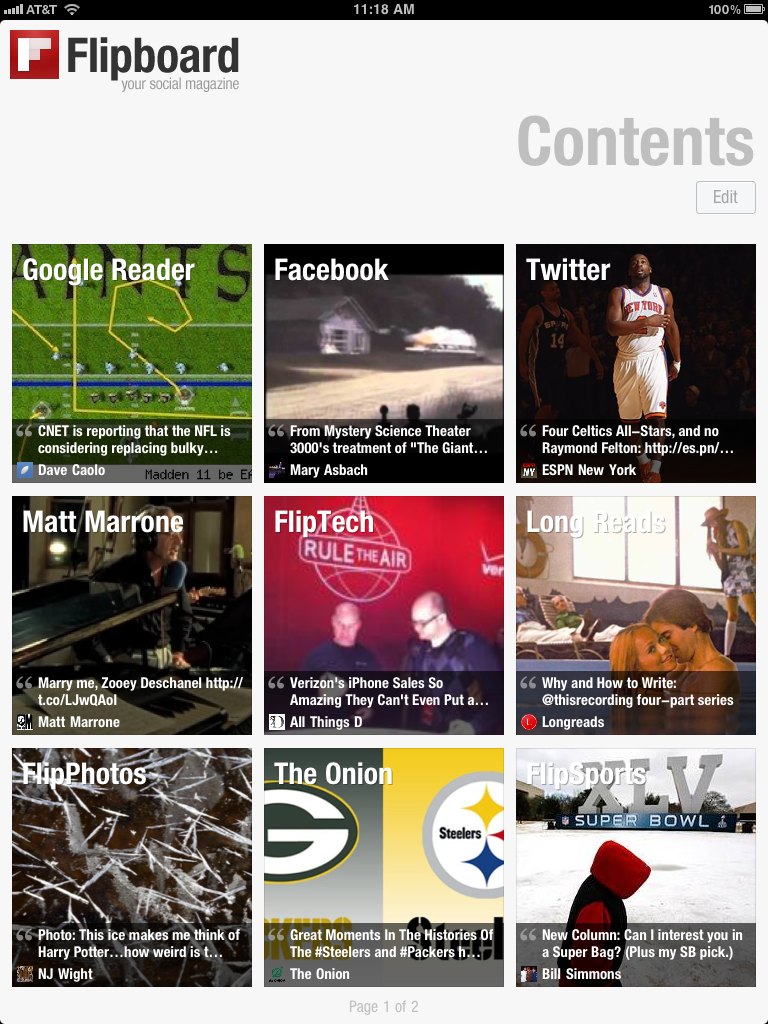 Now, with such RSS aggregation apps as Flipboard or Reeder, all those tech feeds end up in the same place, mixed in with feeds from my favorite news, politics, arts and sports sites – and even my Twitter and Facebook feeds – creating a virtual newspaper that is second to none.

Instead of light appetizers, I get prime rib – and I experience it through a wide range of different voices, not to mention links and retweets from industry insiders and friends who I trust to help me sift through and curate all the white noise on the web.

When I enter into the anachronistic world of The Daily, I’m missing out on all that. I’m getting some interesting content, for sure, but much of it I can get elsewhere, and better.

Reading The Daily, I’m left with a news section consisting of a couple of features and other briefs that are a day old by the time I see them; on Reeder, I’m covered up to the minute, and I’m getting news from however many sources I deem manageable.

Still, I enjoy reading The Daily because it can deliver content in a way that Reeder can’t. I like their 360-degree photos, their inline trivia quizzes and their exclusive video, and I like the presentation: how movie reviews contain trailers at a touch; how a silly story about using heart monitors on blind dates has two separate videos that appear as I scroll through the piece; how headlines and photos pop onto the page, breaking the static of traditional layout.

I also like how The Daily employs journalists – all the RSS feeds I’m skimming from news sites aren’t creating very many jobs. And Reeder and Flipboard are useless as newsreaders without outside content.

The biggest threat to The Daily’s existence, contrary to some of what I’ve been reading, isn’t how many people own iPads or other tablets. That market is thriving, at least for now, and if the editors of The Daily are smart, they’ll adapt as the times continue to change. No, the real threat to The Daily is the same threat facing newspapers of all kinds – namely, that the type of news that readers can gather on the web makes general interest publications look more and more like ancient history.

The Daily is a bells-and-whistles attempt to move the news business into the 21st century. And it’s impressive enough. But what it does, essentially, is provide a better delivery experience for newspapers.

Too bad newspapers aren’t disappearing simply because they’re printed on dead trees. They’re dying because their content no longer makes sense in a world where a daily, limited dispatch is no longer the best we can do.

Matt Marrone is a journalist who has worked for newspapers in the U.S. and abroad, most recently the New York Daily News. He is now an editor at ESPNNewYork.com. Follow him on Twitter @thebigm.