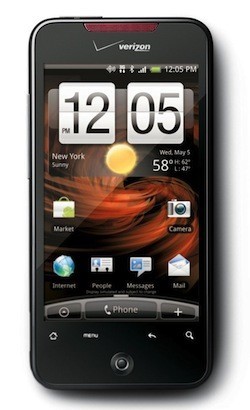 Last week, I talked a bit about jailbreaking the PS3, and the credo of most jailbreakers: “It’s my hardware; I’ll do what I want!” In that spirit, I’ve done the equivalent to jailbreaking my Android hardware – I’ve rooted it.

At the heart of it, the Android OS is a stripped down version of Linux. And, as is the case with full Linux distributions, once you can access the root account, you can do pretty much anything with the hardware and software. Don’t like certain carrier-provided apps that are otherwise unremovable? No problem. Want to change the look and feel? No problem. Want to try a new version of the OS without waiting for the manufacturer? No problem. And the reason for this is the open nature of the platform. Even Google’s VP of engineering Andy Rubin has embraced this with his famous tweet:

In other words, anyone can get the source code for Android and compile it. Indeed, several Android Open Source Project (AOSP) ROMs exist, most prominent among them being the Cyanogenmod series. But we’ll get into that later.

While there are plenty of reasons to root your phone – easy app backup, wireless tethering, additional debugging tools – the biggest reason is to run custom ROMs, either compiled from the Android Open Source Project, or hacked from an existing ROM from a hardware provider. And with my trusty HTC Droid Incredible, I’ve done plenty of ROM experimentation, but I still end up going back to ROMs built with HTC’s Sense interface, specifically Rafi Khardalian’s Virtuous ROM, which takes the current HTC Droid Incredible software package for Froyo (Android v2.2), strips away most of Verizon’s bundled, and otherwise unremovable, apps (Verizon Navigator, Visual Voice Mail, CityID, etc.), and includes a few other updates, including the all-important root access. Given how close it is to the stock Verizon/HTC ROM, it’s extremely stable and runs smoothly, but given the lack of updates from HTC, the ROM is in a state of suspended animation, as it were. Nothing has come from HTC since November for the Incredible, and while many of us are waiting with bated breath to see what HTC can cook up with Gingerbread (Android v2.3), there are other ways to get Gingerbread goodness. 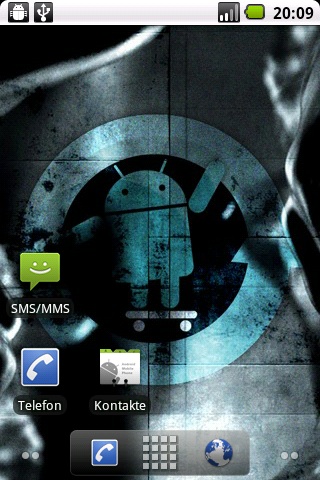 Enter CyanogenMod. One of the oldest Android ROM projects, Cyanogen has provided rooted AOSP ROMs going all the way back to Cupcake (v1.5 – early 2009). For users of phones made by HTC, Samsung and Motorola, all of whom seek to customize the Android experience, this is the best way to get a stock Android phone, as nature and Google intended. As a result, users used to the slickness of HTC’s Sense, Samsung’s Touchwiz, or Motorola’s MOTOblur may be a bit surprised at first. But in addition to the stock Android experience, CyanogenMod provides the ability to tweak every possible setting on the phone, including many that can’t be done with the stock OS. Does the haptic feedback buzz the phone too much, but you still want it to buzz a little? Want to adjust the color profile on your LCD? Change heap size? Want to run the whole thing with a green tint like an old monochrome monitor? You can. Most of the settings are clearly geared towards developers, but many also tweak the UI. And for many phones, Cyanogen’s nightly alphas of CM7 are the best way to get a sneak peek at Gingerbread. Having run it on my phone, CM7 has come very far, but is not quite ready for everyday use. With the speed that Android development tends to move at, and how vast an improvement Sunday’s build (#26) was over last week’s #21, I wouldn’t be surprised to see it get to that point by the end of the month.

And then there are projects like MIUI that go in a completely different direction. Built on Froyo, MIUI modifies the Android framework to a point where it is nearly unrecognizable as an Android system. Indeed, at first glance it looks like it borrows quite a bit from Apple’s iOS. It’s actually quite a testament to MIUI’s developers that they have managed to make something so completely different, and the system’s visuals are certainly stunning. I have not used any of the recent builds in the last two months, but have kept some tabs on the progress they’ve made, and by all accounts it is good enough to use every day. Given my incessant desire to tweak my phone, I can see myself giving it a shot sooner rather than later.

Keep in mind, of course, that most cellular carriers will immediately void your warranty if you root your phone, and while most phones have a one-click method of rooting your phone (Incredible and HTC EVO users have Unrevoked, for example) others may require a bit more time and effort, with the caveat that one false move could turn your phone into a nice paperweight. But if you have a daring streak, it can be a worthwhile endeavor.