After some eight years of attending GDC I still make rookie mistakes. Late Monday night I found myself slumped over a bar in the Tenderloin, much too drunk for a man of my age and experience. I credit my lapse in judgment to childish enthusiasm. Ten years of writing about games for a living can wring the soul dry. But the Game Developers Conference may be one of the few industry events that can make me feel like a kid on Christmas morning. It takes massive, continual effort on my part to keep from making a damn fool of myself. And on nights like Monday I still slip.

My giddy excitement comes from two places. The first is the most obvious. I am simply thrilled by the basic concept of  The Game Developers Conference. I love to hear people talk about making games. The gaming press is afforded a gracious glimpse into what is, for the most part, a frank conversation between the smart, creative people who make games. The opportunity to be a fly on the wall during these discussions is one I hope I never take for granted.

But much of my motivation is more personal – less about edification and more about selfish gratification. If there’s one crowd of people that I feel any kind of kinship with, it is the shaggy, far-flung group of geeks, enthusiasts and underappreciated brains that write about games. That’s probably why I so profoundly hate the ill-informed position that games journalism is broken, fixed, in a rut, stupid or whatever. I know these people. They work hard. They care deeply about games. And I am fond of all of them. 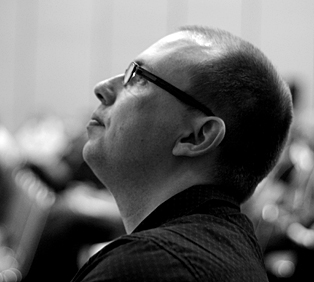 These people are my tribe – one that am proud to have watched grow to include more and more writers from varied backgrounds and perspectives. We’re still more than a little homogeneous, but we’re working at it. And, at least from where I’m sitting, we do our best to welcome new voices and talent.

One of the reasons I’m in Moscone Center today is because of Simon Carless. I met him at an E3 games journalism meetup something like 10 years ago. Carless was friendly and encouraging. That early moment of reinforcement contributed greatly to my career – giving me the confidence to chase my ambition to write about games. I try to pay this generosity forward as often as I can and GDC gives me more than a few opportunities to do that.

But on a more basic level, I’m just sort of thrilled to be around a bunch of people that understand me at my core. Like I said before, games journalists are mostly a far-flung group. There are clusters of us who congregate around media centers like New York and San Francisco. But even more of us have made homes in more isolated places.

I live in a sort of cultural wasteland – a filthy strip of desert on the outskirts of the outskirts of Los Angeles. It is hard to feel a sense of community in a place like that. I am often reminded of what it felt like to be a weirdo before the Internet. Very often I felt like I was the only person in the world with my particular set of problems, feelings or concerns. Later I learned that cobbled-together cultures like science fiction fandom, enthusiasm around punk rock or an interest in alternative comic books could be a means to meet more like-minded individuals.

I’ll be honest. As a teenager I was starved for that kind of community. As an adult I am finding that I still require that kind of nourishment. It took my wife to teach me the difference between introverts and extroverts. People like my wife find their energy sapped when they’re around others – they need downtime to recharge and not feel like they’re being assaulted from all directions. Me? I feed off of company. Facetime makes me feel energized. And after months of solitary living in the desert I get greedy when I stumble onto an oasis crowded with friendly people.

So if talk like somebody is pulling the string on my back over and over please forgive me. And if I swill beer like somebody put the antidote in the keg please don’t judge me too harshly. I’m just super-jazzed to be here with you right now. I’m psyched to geek out with you. I’m just happy to shake your hand and share dinner with you.

This might be obvious, but writing about games can be a lonely, isolating gig. Let’s do this more often.

Pretension +1 is a weekly column about the intersection of videogames, pop culture and our short, fleeting lives. Follow Gus Mastrapa on Twitter: @Triphiban.

Turning Off the Dark With Alan Wake