It has been a great year of toy hunting and it’s coming to a close. Team Unwinnable has sifted through the banal and bland to uncover some truly great gems. Here are our picks for the best toys of 2011. 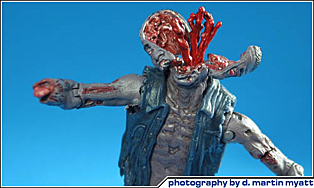 Even though we had two votes for the Marvel Universe Thanos, I had to override those votes in favor of McFarlane Toys Walking Dead line. Don’t get me wrong, the Thanos figure is awesome and even comes equipped with the Infinity Gauntlet. Walking Dead edges out Thanos for a few reasons. First off, the sculpting and paint details are pretty awesome for a figure of this size. Rick Grimes has a good amount of articulation and a nice assortment of weapons, but it’s the two zombies that pushed these figures into the number one position for me. Both zombies have a minimal amount of articulation, but it’s their action and paint schemes that won me over. The Zombie Roamer in particular features an exploding head, complete with blood fountain. Both zombies also feature removable limbs, which is a nice addition to a zombie figure. 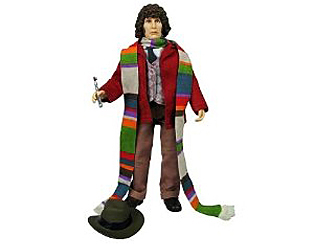 This is the second year that Biff Bang Pow! walks away with our Best 8-inch line. Growing up in the 1980s, I used to watch Doctor Who on PBS. Whether it was Genesis of the Daleks or The Deadly Assassin, Tom Baker’s adventures as the Doctor always entertained my 8-year-old brain. So when I saw the Fourth Doctor 8-inch action figure from Bif Bang Pow!, I had no choice but to buy it. The figure comes with a cloth costume (including his famous coat and scarf) and bears an eerie likeness to Mr. Baker. The packaging is pretty cool, too. It has a retro blister pack design that evokes Tom Baker’s time as the Doctor. Limited to 3000 pieces, this is one of the most fun Doctor Who toys around. – Ian Gonzales

Faster than a Speeding Bullet in 12 Inches: Hot Toys Superman 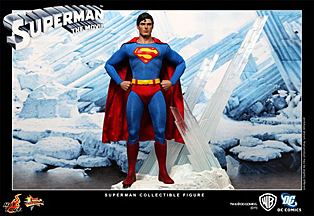 In a tale of two Supermen, who wins? Ian voted for the Mattel Movie Masters Christopher Reeve Superman. For the money, it’s a good-looking Superman. The costume is great, but the upper body looks a little disproportionate and the head sculpt makes Reeve look a little goofy. My vote is for the Hot Toys Superman. The body looks much more streamlined and the head sculpt is spot-on. Even better, this thing comes with a light-up piece of the Fortress of Solitude, and the special edition comes with a piece of kryptonite on a chain so you can play Lex Luthor. 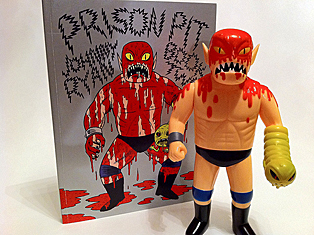 Gus Mastrapa voted for only one toy in this year’s list, and when I saw it I thought it looked like the love child of The Amazon and Fighter Hayabusa from the NES game, Pro Wrestling. I understand it is a character from Johnny Ryan’s disturbingly violent comic book, Prison Pit: Book Two. This bloody vinyl exclusive, known as the Blood Bath edition, comes complete with slorge arm attachment and was an SDCC exclusive. 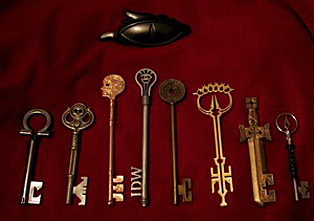 I am not much for prop replicas, having opted to keep my collections to strictly artwork and toys. But I’ve been thrown for a loop after seeing the Locke & Key prop replica keys made by Skelton Crew Studio. After reading Joe Hill’s comic that inspired the keys, I have been chomping at the bit to get my hands on one (if not all) of them. They look fantastic and will make a great gift for the nerd in your life. – John ‘Hambone’ McGuire 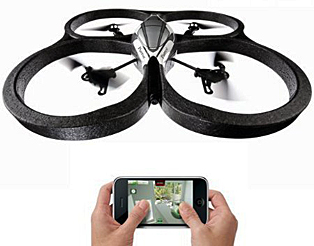 While the world of R/C is enormous beyond what you see in the aisles of toy stores or mall kiosks, I didn’t want to dip into the more professional of vehicles. This was actually a no-brainer for me as I had a chance to see this item in action at Toy Fair earlier in the year. Hands down, the best R/C vehicle of the year is the Parrot AR.Drone. This ingenious quadricopter has been seen on the boob tube (Jimmy Fallon, Marcel’s Quantum Kitchen) and is solely controlled by an iPhone, iPad, iPod Touch or Android device, making it the only R/C vehicle not maneuvered by a bulky remote control. It can be flown indoors or outdoors and features two cameras that enable the A.R. (augmented reality) flight controls and app-oriented gaming.

Best Use of a License: Star Wars Han Solo in Carbonite Ice Tray 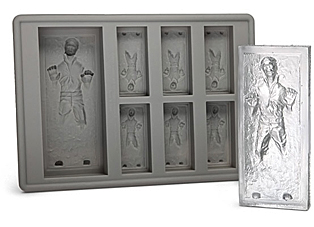 I submitted a Coffee Break months ago that featured this item from Kotobukiya. Team Unwinnable likes this for a multitude of reasons, one being it’s the perfect companion to any drink on the rocks. If I was still drinking, this would have made a great mold for my infamous Jello shots. I even found someone using it to make chocolate-covered peanut butter and bacon strips, aptly named “Ham Solo.” 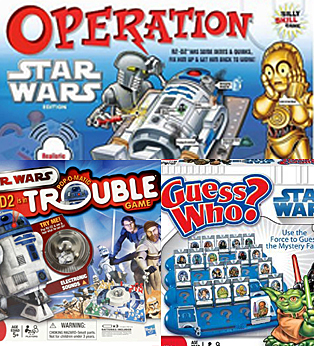 Star Wars board games are by no means new, but this year Hasbro released three remakes of old favorites – Trouble, Operation and Guess Who? – all with a Star Wars theme. These games, while nostalgic, are also a blast for Star Wars fans of all ages. Older fans will appreciate the attention to detail, and younger ones will love seeing their new heroes in familiar game form. Trouble seems like the game with the lowest giggle factor. It has some R2-D2 sound effects, and you play as your favorite Clone Wars character. I honestly could not stop laughing the first time I played Operation (some of the ailments are “Lodged Lightsaber,” “Overweight Glob of Grease,” “Hiccupping Hologram”), and the noises when you hit the sides are R2-D2 and C-3PO quotes. Guess Who? has characters from all six movies and should be a complete geeky laugh-fest for fans of any age. – Heather Sedlak 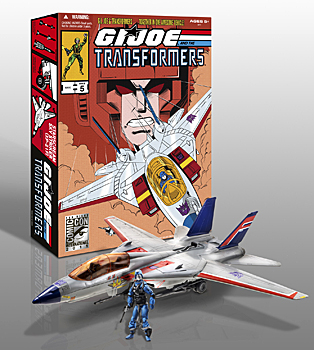 Ian and I spoke of this item when word leaked back in February, and we were excited at the news. For me, this is one of the coolest exclusives, not because I love G.I. Joe so much, but because it’s one of the few crossover toys. Honestly, no other toy comes to mind that has crossed into two viable properties. Of course, for Hasbro, it was easy since they own both G.I.Joe and Transformers. Unfortunately, the Skystriker does not transform (that would have been badass!), but it does resemble Starscream in its paint deco. CC is a combination of parts from various pilots in the modern edition G.I. Joe line and features a chromed face mask and Generation 1 transformed Megatron as his weapon. It comes packaged in a great-looking box that mirrors the comic crossover. They originally sold for $50 and were limited to one per person. If you search for it now, you’re likely to come across a hefty $200-plus price tag. By far one of the coolest exclusives ever and Unwinnable’s Toy of the Year!

That wraps up The Best Toys of 2011. Be sure to check back in for more toy updates, and look for my return to Toy Fair in February!

Toys of the Dead – Collectibles Inspired By All Things Gruesome