If there’s one thing you can say about the folks from Unwinnable is that we’re not easy to pin down. When we called for votes for best album of 2011, we got 77 nominees. PJ Harvey just barely edged out Fucked Up for Unwinnable’s album of the year – and that was with a mere three votes. So don’t look at this list as a highly-ordered, precisely calculated chart of the objectively best music of the year. It’s more like a bunch of stuff that a bunch of dudes liked. And it’s pretty good stuff. Listen and believe.

Arguably the Best Record This Year: David Comes To Life, by Fucked Up 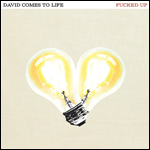 I’ll admit, the first thing that drew me to Fucked Up was purely the puerile joy I got from seeing the name of the band. Hell, I’m still a sixth grader at heart. The genius of David Comes To Life is that, at no point, does it feel like math rock – the musical foundation, super melodic layered guitars, is tethered to straightforward and simple rock drums which are balanced by gruff vocal tracks in opposition to a soft, melodic female vocal. In a year where most music was produced with a hyper computer bit fusion esthetic so guidos could “ beat the beat,” Fucked Up stands as a monument to what rock may one day become again.

Best Music You Probably Heard in a Commercial: Torches, by Foster the People 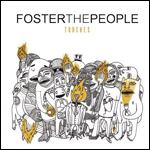 Foster the People’s “Torches” was everything I thought I liked about MGMT, but much more organic. Every track is painstakingly and unabashedly indie, but I can’t help being drawn in. I think I listened to this album more than any other this year because it was the right balance of weird and catchy. The hooks in songs like “Pumped Up Kicks” and “Houdini” are the kinds of ear worms I wish I had written, but love them none the less. They bridged the gap from pop to indie this year getting MAJOR radio play with “Pumped Up Kicks,” and found a wide variety of eager ears waiting for something new. Foster the People will not likely be a band with any kind of lasting power on the charts, but if they can produce another album half as good as “Torches” I’ll be more than satisfied.

Best Album Recorded Before Any of Us Were Born: The SMiLE Sessions, by The Beach Boys 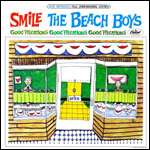 The story behind The Beach Boys’ SMiLE is the stuff of legend. It has tortured genius, friends turned rivals, drugs mixed with mental illness and a fire.

Originally recorded and abandoned in 1966 and 1967, The Beach Boys’ SMiLE Sessions finally collects the recordings that gave us Heroes & Villains, Good Vibrations and Surf’s Up as a cohesive record. The 2 CD set itself is a pop treasure and the limited edition boxed set is a fascinating archive of pop history.

It’s rare that something so highly anticipated lives up to the hype, but SMiLE is a psychedelic pop “teenage symphony to God,” just like Brian Wilson claimed it was. 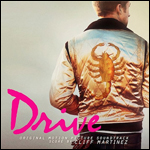 I have been to Los Angeles four times. That is not nearly enough to really get know it firsthand but, when coupled with a lifetime consuming a cultural smorgasbord inspired by the City of Angels, a kind of meta Los Angeles was born in my mind. It’s a strange place of highways and neon and sleaze and mystery. It is usually night. And the music that is playing there is the soundtrack from Drive.

Like my thoughtform city, the Drive soundtrack recalls many influences (John Carpenter, Giorgio Moroder, etc.) but still exists on its own terms, a collage and something more. For composer Cliff Martinez to have crafted something this perfectly atmospheric is no small accomplishment and it will play on in my head for years to come. 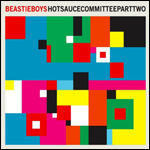 This year saw the release of the eighth Beastie Boys album, Hot Sauce Committee Part Two. While it may not be as groundbreaking as Ill Communication or Hello Nasty, it solidifies the 30-plus year career of the Beasties, who go against the grain of typical hip hop. Flanked by longtime producer Money Mark and DJ extraordinaire Mix Master Mike, they once again deliver a solid album brimming with smart lyrics and way-out rhythms. I’m not surprised by their recent induction into the Rock and Roll Hall of Fame. The Beasties rise above auto-tune abuse, always present a magical amalgam of funk, rock, rap, punk and electronic and have thus created their own sound in a genre that is now flooded with commercial garbage.

Best Reminder of that Huge Crush You Used to Have on Mary Timony: Wild Flag, by Wild Flag 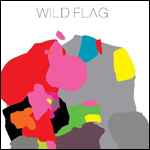 Wild Flag brings the talent and pop sensibility to their joyful debut album. Formed like Voltron by members of Sleater-Kinney, Helium, and The Minders, Wild Flag has taken on a new form that surpasses the “supergroup” categorization and becomes something unique. Taking a no-frills approach to the production, this album feels like a showcase of a group essentially forming as the album progresses, like they picked up their instruments and the songs just flowed. The recurring theme of a number of these songs is the joy of music and of playing music and, with so many albums being too self-important for their own good, it is a welcome change of pace to have a straightforward 40-minute rock album that reminds many of us why we got into this music thing in the first place.

Best Album About a World War Since In the Aeroplane Over the Sea: Let England Shake, by PJ Harvey 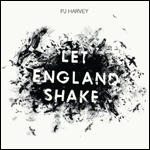 Who writes a rock ‘n’ roll epic about the effect of World War I on Great Britain? PJ Harvey does, and thank goodness for her. Not only that, but she positively nails it. And if songs about lifeless corpses crashing to the ground like hunks of meat, complete with the sounds of cavalry horns and sing-along backing vocals from John Parish aren’t enough to make her a national treasure, the sight of her performing on British chat shows in front of UK Prime Minister David Cameron certainly fulfills the requirement. Harvey won the 2011 Mercury Prize for this record – yet another reason they seem to have it just a bit more together across the pond.

Best Album by a Lady Who isn’t Named Polly Jean: Ceremonials, by Florence + the Machine 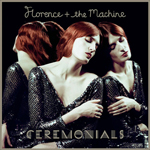 There is no debating that Florence Welch has one hell of a voice and, after the 2009 debut Lungs became fodder for seemingly every other commercial on TV in late 2010, it came as a great relief on Halloween of 2011 to hear her belt out some new material. That Ceremonials is even better than their debut is all the better.

The album has a fantastic sense of drama, and not in the histrionic, Kate Bush sense (though that comparison is all too easy to make). Rather, Florence + the Machine reminds me of the lamentably defunct Pleasure Forever – they both work with a palette of opulence, decadence and mystery that seems to be a rarity in music today. In fact, Ceremonials (and Lungs, for that matter) shares the same mental real estate for me as Sleep No More. I can think of no greater praise.

Best Fake Punk Compilation and Sneaky Way to Get Two Records Onto Year-End Lists:
David’s Town, by Fucked Up 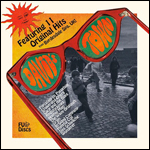 I am not normally a Fucked Up fan (sorry, dude sounds like he’s gargling glass), but their fake compilation David’s Town – 11 Original Hits From Byrdesdale Spa, UK! spent more time on my player than any other record in 2011.

Sure, it’s all pastiche, and maybe even a novelty record, but that doesn’t make David’s Town‘s pitch-perfect tributes to various eras of punk and garage rock any less catchy. If these eleven bands were real I’d probably spend way too much money at discogs.com picking up their entire discographies. 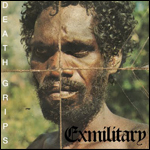 I promised that there would be metal on this list, but when it came time for me to assign a number one rank to a record this year there was no single album – black metal or otherwise – that felt right. Exmilitary, a free mixtape from Oakland’s Death Grips, is heavy, though. This record from Zach Hill (Hella), MC Ride and Flatlander feels like something those Odd Future cats might put out after growing the hell up. It is a big, mean and dirty slab of hip hop produced with a deceptively clean edge. It is dangerous to call any music the future of anything, but Death Grips feels like it exists in a future timeline that we’ll never reach. This is some alternate reality shit.

Got Spotify? You can listen to our favorite 2011 albums!