Out of all the outlets that talk about games, one subject that I rarely read about is development. Sure, writers speak to programmers about what’s new in an existing franchise or what technology is on the horizon, but we rarely get to hear about the nuts and bolts of a game. Here is a look into the organs of gaming.

I recently got the opportunity to come out to San Francisco to be a part of the first ROBLOX Rally, and there were a lot of firsts for me. I flew first class to San Francisco. That’s not a first but actually a second. The gentleman behind me passed out at some point and the crew had to deliver first aid. I’m pretty sure I’ve heard a doctor summoned on a plane’s loudspeaker before, but it was the first time I’ve seen someone carried out of his seat and be administered oxygen.

All I kept thinking was, “I hope he didn’t have the fish!”

While I’ve been to San Francisco many times, this was my first time to the Exploratorium science center. This is also my third convention as a member of the press, but the first time I’ve been to a con that solely focused on one game. Before I get into details of ROBLOX’s first rally, you’re probably wondering what ROBLOX is.

ROBLOX is essentially a game development toolbox for kids – a game within a game, if you will. Much like Fighter Maker and RPG Maker on the PlayStation One and Kodu Game Lab on the Xbox 360, ROBLOX allows a user to build and create a game within its engine. If you aren’t into creating, there’s a whole slew of games to play from both the ROBLOX engineers and the users. ROBLOX is web-based and cross-platform and the games play in a 3D environment that also integrates a great deal of social networking. The best part is that they encourage and educate young users in the art of entrepreneurship and game design.

So why haven’t you heard of it? Probably because it is aimed at young users and builders between the ages of 8 and 18.

It is no small company. In July alone, it racked up 1 billion page views, and it has almost 2 million users. ROBLOX users are worldwide and its website is the second most viewed page for kids behind Nickelodeon. Pretty impressive when you think about it.

ROBLOX is built on the foundation of a former startup by CEO Dave Baszucki called Knowledge Revolution, which made a physics modeling engine by the name of Working Model. Many moons ago, I had a chance to use Working Model and was impressed with the ability to create something out of any substance and place it in any environment with any number of influential factors and then have the program animate the instance in real time.

Knowledge Revolution was also amongst a number of companies which previewed its software to Lucasfilm for Star Wars Episode I. After Knowledge Revolution was sold off, Dave formed ROBLOX in 2006 with former KR alumni Erik Cassel. Together they fused their amazing physics engine with toys like Erector Sets, Tinkertoys and specifically Tupperware Toys’ Build-O-Fun to create a world where the user is the developer.

To quote ROBLOX, “Using physics to simulate the real world, ROBLOX brings the ever popular building blocks style of play into a massively multiplayer 3D game environment. In addition to software development, ROBLOX also fosters entrepreneurism by allowing kids to become merchants of virtual goods, advertise their creations and work collaboratively with their friends.”

I had the chance to speak to Erik Cassel, co-founder and chief cook.

Unwinnable: The game itself is delivered through a website interface. Why didn’t you produce the game on a disc like most game companies?

Erik Cassel: The landscape has changed over the last couple of years. Our original product [Working Model] was in fact a shrink-wrapped product and is a lot harder to distribute, so online is so much better.

It’s very quick and easy to get users to play right away. At this point, unless you’re doing a triple-A style first-person shooter game, a lot of stuff is going online.

E.C.: Sure, that’s a good idea. Any channel we can find to distribute the game, the better.

Unwinnable: Do you ever see ROBLOX expanding to home consoles like Xbox and PlayStation?

E.C.: We’re working on lots of interesting platforms but we’re not making any announcements.

Unwinnable: With the increasing popularity of apps, do you see ROBLOX expanding to iOS and Android devices?

E.C.: We have an iPhone applet – it’s not the game itself, but it’s related to it and I expect we’ll see many more mobile games in the future.

Unwinnable: Is the applet a tracking system?

E.C.: It lets you check your personal messages, look at your inventory and change your character appearance. It’s currently available on the App Store.

Unwinnable: You were one of the first kid-friendly MMO/social network type games out there and you now are one of the only companies to have a conference solely focused on your game. Do you consider yourselves trailblazers and where do you see ROBLOX going in the next few years?

E.C.: I think we’ve always been trailblazers. When we created the first instance of the game, our goal was to have many more moving parts and more interactivity than anything else out there. We continue to blaze new trails by creating more features for our users to create incredible content.

So, on August 1st, 2011, I attended the first-ever ROBLOX Rally at the Exploratorium in San Francisco.

About 1,000 people attended from as far away as Hong Kong. I caught Dave’s main address to all the attendees and a presentation on scripting which had many of their builders brimming with excitement. I also caught an informative talk on the behind-the-scenes 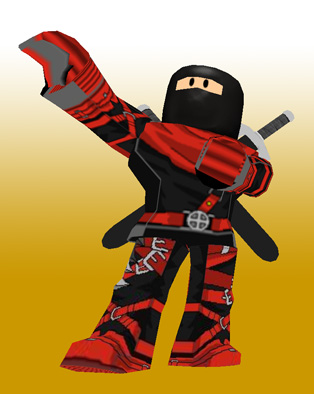 network administration, aptly named Under the Hood, by Matt Dusek and Keith Lucas [full disclosure: my brother]. They were able to explain the Cloud and how they went from a two-server operation to a multi-server operation so that some non-technologically-inclined parents and super-programmer kids could both understand. The whole Rally was a good mix of fun gaming and mind-expanding education. It was equally good seeing parents endorse a videogame for once, instead of pulling out the torches and pitchforks and burning them at the stake like Salem witches.

The team offered a variety of classes like Lua Scripting 101, Advance Scripting (which covers GUI), AI and Body Animation, ROBLOX for parents and Breaking into the Software Industry. Lua, for those who don’t know (I didn’t), is a fast, lightweight, embeddable scripting language. It’s a robust language used in applications like Photoshop and games like World of Warcraft and is the basis for much of the interactive programming by ROBLOX’s builders. In the Lua Scripting 101 class, we were treated to a simple how-to on assembling an exploding barrel. The users learned not only how to make the explosion but also how to link it to an object.

The Rally was tons of fun and a nice change of pace compared to a con where everyone is pushing stuff down your throat. Beyond the game itself, there was a lot of education, for both the parent and the child. This is a great game to introduce kids to not only for the ultimate in customizable everything but for the simple fact that they will learn things that could possibly lead to a career in gaming or programming.

If you want to see what Ken is building, friend Kursse on ROBLOX and follow him on Twitter @UnWInToyHunter

Will The New 52 Learn From All Star?