Today marks the end of the post-Infinite Crisis/52/Final Crisis DC Universe and the beginnings of DC Comics’ relaunch, The New 52.

In a recent L.A. Times Hero Complex article, it’s noted that comic book sales have consistently dropped in the last three years. In the same piece, DC Comics co-publisher Dan DiDio says of superhero comics, “[t]he truth is people are leaving anyway, they’re just doing it quietly, and we have been papering it over with increased prices.” He continues, “[w]e didn’t want to wake up one day and find we had a bunch of $20 books that 10,000 people are buying.” 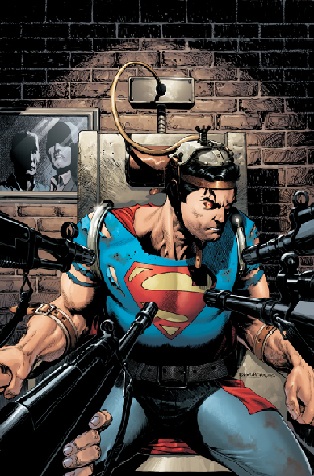 While some of the drop-off can be attributed to the reasons stated in the Hero Complex piece (Twitter, YouTube, Xbox 360, etc.), a reason largely ignored by the piece is the current recession. According to the National Bureau of Economic Research, the United States has been in a recession since December of 2007. This is not news to anyone with a TV or the ability to read.

The funny thing is, comic people – fan and pro alike – should have predicted this. We had our own miniature four-color speculative bubble back in the 1990s. Remember Turok #1? Adventures of Superman #500? Tim Vigil? If it weren’t for the talents working in small press and Vertigo, who knows what the landscape would look like today?

While DC Comics may not represent the whole of the comics industry, it is a major force in the business. Small press has expanded the digital frontier. Whether it’s a phenomenon like web comic Penny Arcade or Unwinnable’s own Kurt Christenson’s work with collaborator Reilly Brown on their comic, Power Play, the comic book industry is in new territory.

Nielsen SoundScan is the official method of tracking the sales of music and music video products in the United States and Canada. In SoundScan’s 2011 mid-year sales report, music sales (both digital and physical) are up 8.5% over 2010. Considering there was a drop in sales between 2009 and 2010, that is a very big deal. If the music business (an industry that largely buried its head in the sand when the digital revolution began) can recover with no foresight, surely the comic business can. Right?

I was hard on this reboot in the past. It was a fanboy, knee-jerk reaction to the hype DC released at the time. I still think they should’ve been more clear from the get-go. Look what happened to All Star Batman & Robin, The Boy Wonder!

In July of 2005, DC Comics released All Star Batman & Robin, The Boy Wonder as half of their brand new All Star line of comics. The line also featured All Star Superman by Grant Morrison and Frank Quitely. There was even talk of a Geoff Johns/Adam Hughes All Star Batgirl series, but that idea seems to have gone the way of Gareb Shamus’ relevance in the comics biz.

The book came under fire partially because DC wasn’t able to make consumers understand just what the All Star line was. According to ICv2.com, ASB&R # 1 sold 261,046 copies when it premiered in 2005. At $2.99 per issue, that’s $780,527.54. The actual delivered product is probably closer to 200,000 with the rest sitting in back issue bins across America. Regardless, that is a nice chunk of change.

The last news on this unfinished series was that it was being retitled Dark Knight: Boy Wonder and according to an interview on Comics Alliance, DC Editor in Chief Bob Harras said, “I think that is planned for some time down the road.”

All Star Batman & Robin, The Boy Wonder was a giant of a comic. The series suffered from chronic delays and (in retrospect) poor marketing. Written by Frank Miller and drawn by Jim Lee, the book should have been a monster. However, it took three years to produce ten issues of the series. Also, ASB&R was a hard-boiled crime comic with costumes and the book was sold as an iconic vision of Batman.

If The New 52 is to be a success, DC needs to learn from past mistakes. Above all, it needs to communicate with both its current audience and prospective audience better than it has in the past. 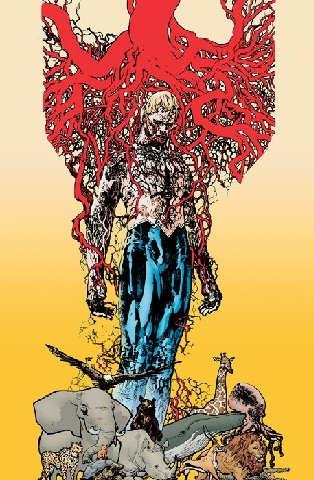 DC Comics seems to be taking the initiative seriously. Co-publishers Jim Lee and Dan DiDio, along with Chief Creative Officer Geoff Johns, are getting the word out via press (digital, radio and print), marketing (traditional and viral) and social networking (Twitter and Facebook). Jim Lee shines when it comes to Twitter. The man gets out there practically daily and mixes it up with both fans and pros, keeping the conversation going and getting the message to the audience.

I love walking into a local comic shop and buying a stack of comics. I’ve been doing it for years and it’s one of my favorite pastimes! However, the way people read comics is changing. Like it or not, there aren’t a lot of people actively seeking Action Philosophers, The Martian Confederacy and Power Play. They will, however, be looking for some new Batman stories come summer 2012, and if DC pulls this New 52 thing off, the industry will change – but at least it will still be alive.

Ian Gonzales refuses to read comics on his iPhone. He thinks it’s silly. He does love to tweet on it though.  Follow him via @IanGonzales.

Game Dev 101: There’s a First Time for Everything