Well, toy fans, it’s been a while since the Spring Spectacular toy update. Since we last visited, I purchased Sideshow Collectibles’ exclusive Red Ninja from the G.I. Joe collection and I must say that it is one of the better 1/6th scale figures I have had the pleasure of owning. It is outfitted with a variety of ninja weapons and a swanky sedge hat that would make Raiden of Mortal Kombat jealous. The exclusive edition adds a second head complete with a sculpted ninja mask. While I’m on the subject of G.I. Joe, I recently pre-ordered the exclusive edition of Zartan, who comes outfitted with compound bow and evil Duke mask.

Since the San Diego Comic-Con returned in July, as a collector, I have to dip into some of their exclusives for a moment. A casual collector might not know about convention exclusives and a pro is usually all over it. For the most part, convention exclusives are available in an extremely limited run, usually 100 to 1000 pieces depending on the subject matter and popularity. They almost always command a high price on the secondary market once they are released. For instance, Sideshow released a crimson-colored Cobra Commander at SDCC 2009. It was priced between $80 and $100 and was well worth it as he was not only completely adorned in red garb, but he also came with a poseable cape, something not available on the regular version. He was limited to 1000 and post-SDCC his aftermarket value skyrocketed to $250 and up!

Here are my picks for best of show SDCC 2011 exclusives: 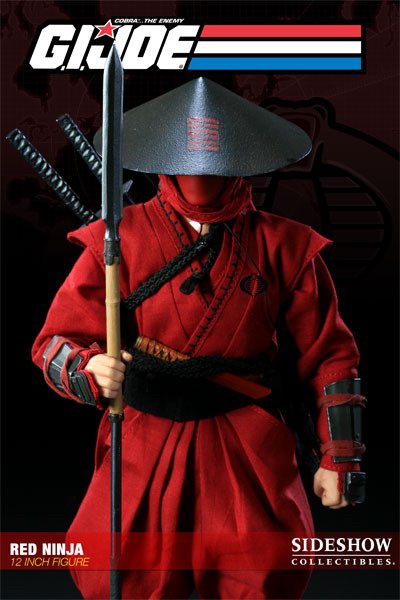 Being that I’m a G.I. Joe fan, I’m a little partial to my pick for best SDCC exclusive. Unwinnable scribe Ian Gonzales tipped me off to this beauty months ago. Hasbro brought with them to San Diego the exclusive G.I. Joe Sky Striker with Transformer’s Starscream paint deco and pilot Cobra Commander figure. This is truly a unique item also because of the cross-promotion of two different lines into one play set — granted, Hasbro owns both properties. I tip my hat to Hasbro for these two other exclusives — the Indiana Jones “Lost Wave” Special Edition Collector’s Pack and the Star Wars Vintage Revenge of the Jedi Special Edition Death Star Collector’s Pack. Indy’s set comes with characters from the first movie, most notably Alfred Molina’s Satipo and Major Toht with an interchangeable melting face from the film’s climactic ending. The Star Wars set is encased in a Death Star box and has 12 figures from ROTJ and two micro figures (Mouse Droid and Salacious Crumb).

Mattel also had a strong showing of exclusives from DC, Masters of the Universe, Voltron and Ghostbusters. I was most intrigued by the Hot Wheels Back To The Future DeLorean box set depicting McFly’s jump into the future by the Hill Valley Clock Tower on that fateful evening. Mattel had my attention in regards to the Ghostbusters line. It took about 27 years, but someone finally got it right! How nice of them to release a 20-inch Stay Puft Marshmallow Man to interact with the 6” figures at SDCC!

Noteworthy: Biff Bang Pow! released a Dr. Who Tardis Bobblehead. I wasn’t sure how that would work since it’s a police box and not a being of some sort. Have no fear, it’s a Tardis on a spring with sound. Gentle Giant released a 12-inch vintage Jawa with vinyl cape from Star Wars. Sideshow had, amongst other figures, a Ninja Viper with silenced Uzi and olive drab attire and a Star Wars Clone Commander. Tonner, which deserves credit because they are the Michelangelos of Barbie dolls, came out with a picture-perfect Dark Phoenix doll.

A number of these exclusives are most likely sold out, but many of them are actually available at online retailers or auction sites.

And finally, some odds and ends from the interwebz. A number of months ago I stumbled across a site that clones humans. The Clone Factory actually takes a digital image, most likely in 3 dimensions, and transfers it to their high-resolution 3D printer that in turn manufactures an exact replica of the image. These printers sometimes extrude plastic on multiple passes into a 3-dimensional object. Clone Factory seems to produce extremely accurate digital copies of people’s faces/heads that fit onto 1/6th scale figures. My favorite was seeing the head of one of their employees on the body of a Stormtrooper. 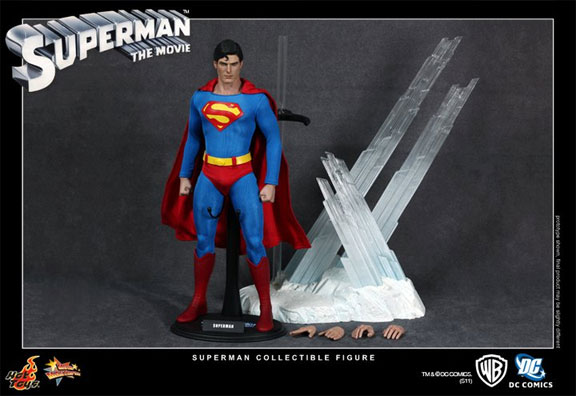 Everyone is psyched for Superman since news leaked of the new production. Hot Toys is just in time with its upcoming release of Christopher Reeve from Superman: The Movie in 1/6th form. I know I tend to float into the 1/6th scale a bit, but to me they are a nice cross between a sculpture and an action figure and this Superman is no slouch! It’s a dead-on likeness of Reeve that comes packed with a piece of the Fortress of Solitude. The limited version boasts a chunk of Kryptonite on a chain so you can play as Lex Luthor and trap Superman like a rat in a cage. For you Minecraft fans (and Chuck), how about the pixelated Minecraft foam pickaxe? You might not be able to unearth treasure or gold with this thing, but I’m sure you could impress your non-gamer friends.

That’s all for now. Be sure to tune in this fall for the fall toy report and best of New York Comic-Con.

What a Difference a Decade Makes