The awesome action figure is an elusive creature, indeed. Only rarely sighted in its natural habitat of the aisles of toy stores and comic book shops across the nation, it is easily confused with its lesser and more bountiful cousin, the peg-warmer.

This hasn’t been an fantastic year for toy hunting, but there are the few exceptional specimen that were sighted in the fields of mediocre plastic. Here is a glimpse of those rare beasts.

Best 8-Inch Line: The Venture Bros. by Biff Bang Pow!
I really have to give two thumbs up to Biff Bang Pow! They resurrected the old fashioned 8-inch market with great reproductions of classic MEGO figures. The Star Trek line looks just as good, if not better than the original 60’s counterpart and they did the same for the DC MEGOs, although the only figures I’ve seen from the DC line have been Sinestro and Lex Luthor. Recently, though, I got a chance to see some of the figures from the Venture Bros. series and they blew me away. The mix new and old style action figure (especially the addition of real clothing) is a real treat. The Monarch figure rules! 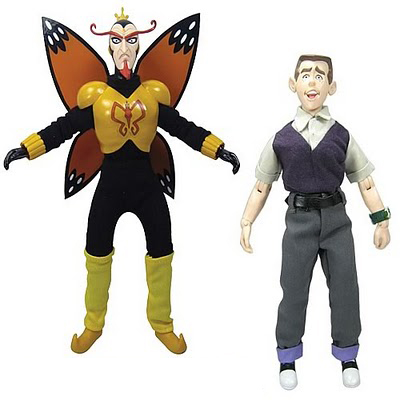 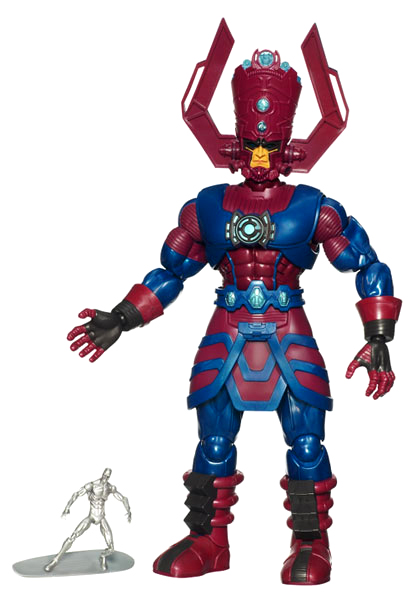 The last three years have been good to Hasbro. First off, they own the rights to the big four of toys: G.I. Joe, Transformers, Star Wars and Marvel. G.I. Joe had a big year in 2009 because of the movie tie-in and even though the movie wasn’t that great, most of the toys were cool. This year they continued with the Pursuit of Cobra line and recently redesigned classic characters like Firefly and Zartan. And that’s not even getting into the two Resolute 7-packs, featuring most of the characters from the G.I. Joe: Resolute cartoon.

I am a hardcore G.I. Joe fan. As much as I love the POC and the Resolute figures, the Marvel lines is what caught my eye this year.

Last year, Hasbro launched Marvel Universe. They moved away from the 6-inch format into a realm that was ruled solely by G.I. Joe – 3¾-inch. While they put out many versions of Iron Man and Spider-man, they have also focused on some under the radar characters like Union Jack and Absorbing Man. The real winner for me is the 14-inch Galactus with sound and lights. This figure just about gets Toy of the Year from me. He comes packed with Silver Surfer and looks ready to devour some worlds.

Best 12-Inch Figure: Sideshow Collectibles Firefly
2009 saw Sideshow release the uber-cool 12″ G.I. Joe line. Their first figure was Snake Eyes, followed by Cobra Commander, Duke and Storm Shadow. All of them were extremely detailed and extremely pricey. I remember when Sideshow sold their Hellboy figures for around $50, but I guess with the increase in cost of living, the figures now go for an average of $120. Still, they are worth it. It would cost a customizer much more to piece together a figure with as much detail as the Sideshow versions. This year we saw Flint, Beachhead and Firefly.

Firefly was controversial. Forums were ablaze with some harsh criticisms of the re-imagined Firefly. I couldn’t understand it. The figure looks similar to the original, but is more modernized. He sports his grey camouflage scheme and mask and has some new features like a camouflage hood and a single sling backpack. While it’s not like the original backpack, it still has plenty of room for his sabotage equipment. The exclusive version included an I.E.D. I guess I do have to thank those countless fans for voicing their opinions, though. The head was originally designed with just a black mask, but because of some rabble rousers, they added an extra head with matching camouflage scheme. See, some companies really do listen!

Toy of the Year Runners Up: Shocker Toys and DC Direct’s 12-Inch Jonah Hex
There needs to be an honorable mention for Shocker Toys. I have seen their figures at several cons over the last few years. The first two they released was The Maxx and Scud: the Disposable Assassin. They have since added Kabuki and Shadowhawk and now are producing indie figures as well as some old school heroes like The Phantom, Zorro and Grendel. Their focus on lesser known characters is commendable.

My second honorable mention goes to DC Direct’s 12-inch Jonah Hex. The movie might not have been all that, but the figure looks beautiful. While last year’s Heath Ledger Joker figure looks good (not as good as the Hot Toys version), this Jonah Hex figure blows it out of the water.

Toy of the Year: Hot Toys Ghost Rider
Hot Toys is a Hong Kong based action figure company that creates astounding 12-inch figures based on a variety of licenses. This year they produced some of the best Predator figures ever! Their Predator figures stand at about 14 inches and the level of detail is amazing, from light up helmets to retractable arm blades. They also produced figures from Iron Man 2, The Expendables, Inglorious Basterds and Platoon.

The figure that has set everything on fire is the 12-inch Ghost Rider figure. If I had $250 laying around, I would have surely picked up this bad boy. Styled like the Dan Ketch Ghost Rider (black leather and spikes), Ghosty features a light up head, extra Nick Cage head, shotgun and chain whip. And that’s not all. He comes with the Hell Cycle! This thing is massive. Measuring at about 24 inches long, the Hell Cycle leaps off of the comic book page and lights up, leaving a trail of fire in its wake. 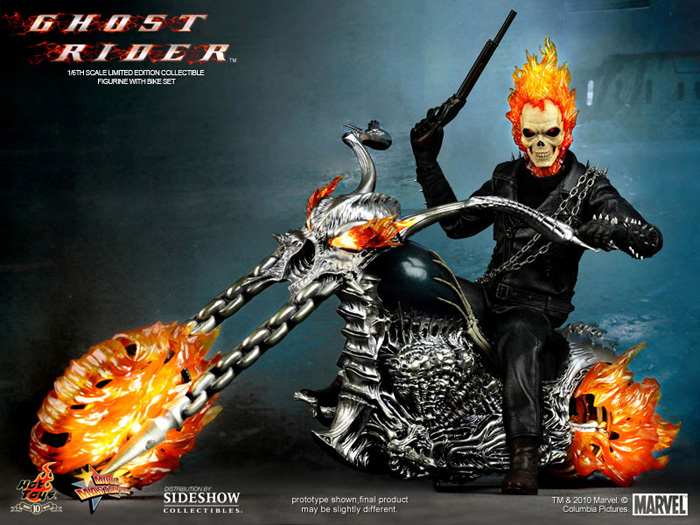 While it might not be kid friendly, it certainly is geek friendly. The figure and bike are so beautiful that a passerby would almost think it’s a statue – that is until they saw it again in a different pose. Hot Toys’ Whiplash figure almost beat out Ghosty, for the simple fact that it is an action figure of Mickey Rourke. The last Mickey Rourke figure was the heavily stylized Marv from Sin City, but this figure is undeniably Mickey Rourke.

And who doesn’t want a Mickey Rourke action figure?

That’s a wrap for 2010. Here’s hoping 2011 brings my fellow toy collectors some really great and inventive stuff that will blow the doors off of Toy Fair. Happy toy hunting!