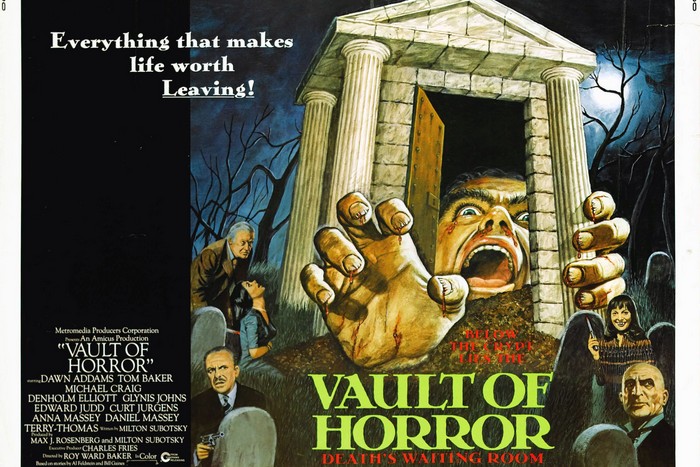 When most people think of Tales From The Crypt I’m sure they think of the zany Crypt Keeper puppet that frightened throngs of “kiddies” staying up past their bedtimes through the ’90s, or maybe they think of that Billy Zane movie that followed the memorable HBO show in which the aforementioned puppet hosted. However you “slice” it “boils and ghouls,” Tales has had many incarnations over the years after its initial horror comic existence that started the franchise.  Before the series was brought to television, another EC Comics series curdled the blood of moviegoers. That film was Vault of Horror. 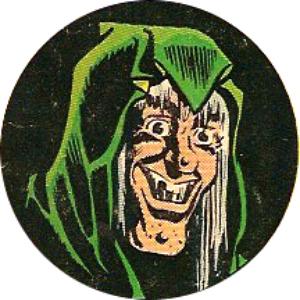 In 1950, William Gaines kick started the witty, pun-driven horror-comics with Vault of Horror, Tales from the Crypt, and Haunt of Fear. The stories were often brutal and the characters were usually driven by malice. However, the gore, guts and humor were all part of a well thought out formula that worked to draw a slew of post WWII readers in. Since their creation, the comics attracted a following with their oddly generated charm; demented and twisted as they were, fans loved them so much that thirty years later, the kids that read them under bedsheets by flashlight grew up and adapted the stories for the big (and small) screen.

Other than writing here to ask, “where the hell has Tales From the Crypt been in the last 12 years or so?” and “While we’re on the subject, where’s Creepshow 3 dammit,” I’m here to bring to light a personal favorite, a lost classic; an irreverent, goofy, and surprisingly enjoyable adaptation lost in the annuls of cinema – Vault of Horror.

Made in 1973, six unlucky men meet through nothing other than serendipity and exchange their gory tales while enjoying some brandy in a lounge. It’s enough to impress Rod Serling. In typical Tales From the Crypt fashion, the stories involve revenge and unfortunate twists for the protagonists; so if this adaptation is so predictable and ordinary, why does this particular rendition strike such strong chords with me? The answer is easy… kind of.

Firstly, there is just something about the way horror movies used to be filmed, especially in England (see Hammer Films) back in the 70s. They had Grade-A star power (Christopher Lee and Peter Cushing are Hammer alums) and felt almost like proper stage adaptations. Denholm Elliott (Marcus Brody from the Indiana Jones movies) may be the only face I recognized in Vault, but the other actors were seasoned English character actors. Allow me put it into perspective; it would be like seeing Harrison Ford, Robert DiNero and Morgan Freeman star in a Broadway play titled Dracula’s Brain with no musical numbers and a 5 star review… or something. Secondly, there’s a certain charm to seeing obviously fake eyeballs in a jar, a man suspended upside down with a bar tap in the side of his neck pumping blood-wine for vampires (I promise it happens and it’s unreal), and an awesomely-bad hammer to the head that just isn’t present in modern horror. Because these films didn’t have any digital technology to ride the reels to the bank, they had to rely on things movies should rely on; acting and storytelling. 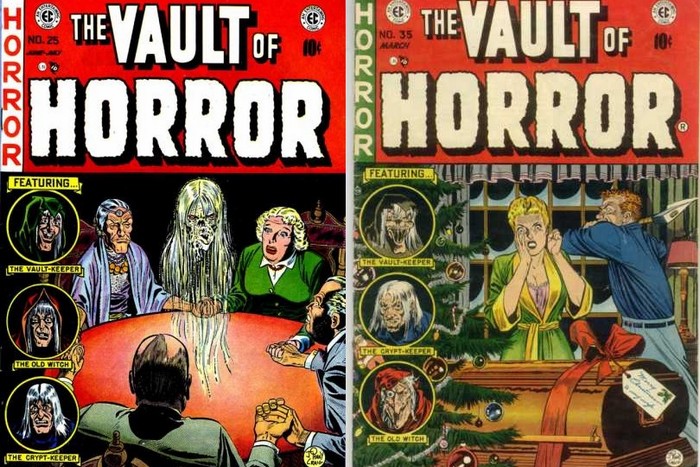 EC Comics, Tales From the Crypt, Vault of Horror