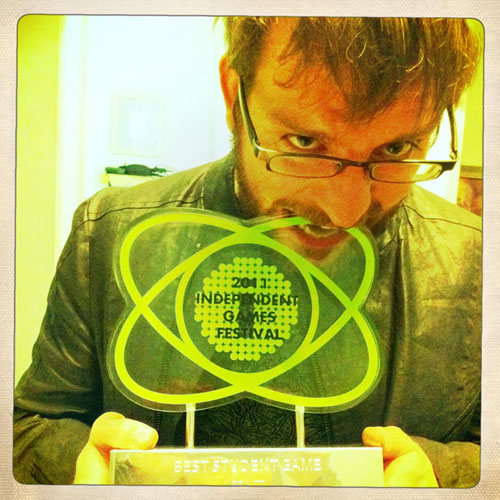 GDC is a conference built on passion. There is love for all aspects of gaming on display, in the panels, in the booths, in the people lingering in the halls chatting. On the third day, the Independent Game Festival Awards and the Game Developer’s Choice Awards formally celebrate that love.

The very first award was given to the Best Student Game, FRACT, and the acceptance speech by designer Richard Flanagan was a distillation of all the dedication and brilliance and craziness that is required to jump into the game industry.

“I’d like to start by saying thank you to everyone here,” he said in a voice shaky with emotion. “I took a bit of a chance. I decided at 28 I wanted to go back to school and I wanted to learn about game design. And the fact that the community has been so engrossing and so friendly is just mind-blowing to me. I need to thank my family and friends that supported me at this age and this level of career when I said, ‘You know what? Screw it. I’m going to start making games.’”

Unwinnable had the opportunity to sit down with Richard to talk about his loves of games, his vision for FRACT, the struggles of being an indie developer and his hopes for the future.

Unwinnable: Let’s start off with your history as a gamer. How long have you been playing and what kinds of games do you gravitate towards? When did you fall in love with games?

Richard Flanagan: I was pretty lucky to have a computer in the house when I was quite little (we’re talking the mid-eighties here) and I cut my teeth on titles like Reader Rabbit and Bill Budge’s very formative Pinball Construction Set. My most vivid gaming memories from those early years, however, come from having our whole family huddled around a 12-inch CRT while playing through the classic Sierra and LucasArts titles. Consoles were strictly forbidden in our house growing up, as they would no doubt ‘rot our brains,’ so this naturally provided an environment where adventure, real-time strategy and, perhaps to my parents’ chagrin, even first person shooter’s reigned as my most played games.

I still recall playing Space Quest 3 as a revelatory experience; from the visuals (EGA, no joke) to the narrative, it was clear to me (even then) that there was something truly amazing about video games as a medium. It took me quite a few years to begin to understand what that magic is, but I feel like that 1989 Roger Wilco adventure was the catalyst to seeing games as a truly unique method for communicating experience.

Unwinnable: Your acceptance speech at the Independent Games Festival was one of my favorite moments of GDC 2011 and certainly the most heartfelt. How did you come to the decision to start over as a game designer? Was it a difficult one?

R.F.: It was a remarkably easy decision, but largely due to a very ideal set of circumstances, timing and luck. The initial stages of the recession was making an impact on the industry I was working in at the time and clients were tightening their purse strings when it came to investing in more creative, interesting projects. Also, the Ubisoft Campus (which I had looked into in the past) was accepting applicants to their postgraduate game design program, which at eight months long seemed pretty appealing. Most importantly though, I had an immensely supportive girlfriend (now wife) who, along with my family, gave me the push I needed. That and she was likely sick of my talking about games all the time, but not doing anything about it. 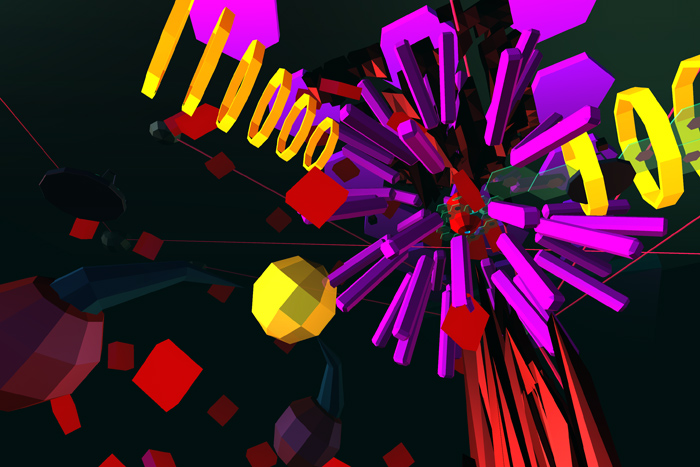 Unwinnable: You have quite a bit of experience working outside of the videogame industry. Did you find that to be an advantage or a disadvantage coming into a new field? More broadly, can you give me an overview of your experience with the program at Universite de Montreal?

R.F.: My previous experience as a graphic designer and art director in print, web and advertising has been a double-edged sword.

On one hand, it gave me the opportunity to learn a bit about a lot of the skills that can go into developing a game including, project management, art direction, sound design, 3D modeling & animation, scripting and basic programming. While I could never claim to be an expert at any of these skills, I had enough of a grasp to either implement them at a basic level, or communicate with someone who could.

On the flip side though, it also feels like my experience might be a bit of a hindrance in terms of employment. Since I have no experience in the games industry, I’m starting from scratch again – so I can understand why a studio might be hesitant to hire someone like myself for a design position. And to be honest, I think there is a lot of value to working your way up. At the same time, it may be that some of my prior work experience makes me overqualified for some of the entry-level positions, I’m not sure. One thing I do know is that I can’t even seem to get an interview as a tester in the bigger studios. Job-hunting has been a humbling experience.

The program at Univeriste de Montreal was good for what I was looking for – less focused on techniques and tools, and more on theory. It had a more academic approach to thinking about games, which was a nice complement to my design background. There was a strike in the middle of my program, which disrupted things considerably. But in the end, my professors gave me total freedom and autonomy to develop FRACT as I liked, which suited me well. 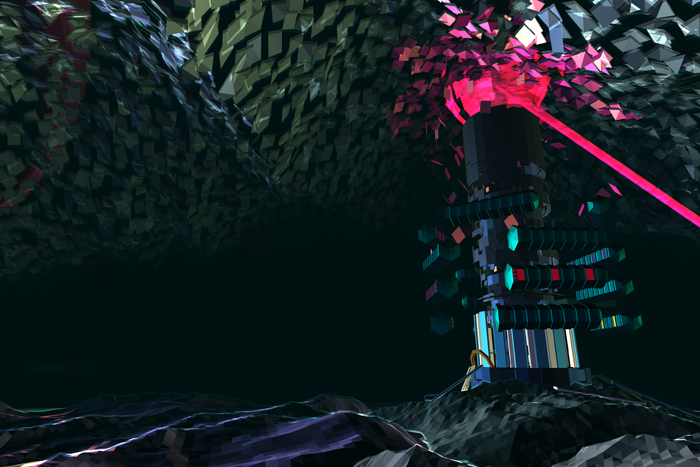 Unwinnable: I imagine switching careers has been harrowing at times. Are there any hurdles you had to overcome that stand out particularly?

R.F.: To be honest, up until the announcement that FRACT had made it into the Independent Games Festival student showcase, I was starting to get worried about the future and feeling pretty downtrodden. I had taken a pretty big risk leaving my job to go back to school for games, but in the fall found myself struggling to find work in the industry. Though my wife and family were very supportive, I was beginning to doubt myself and the decision I had made. So when the news about getting into the showcase came out, it was reinvigorating. The funny thing is that it was my lack of employment that allowed me to finish FRACT and submit it to the Independent Games Festival – funny how things turn out sometimes! Even with the Independent Games Festival win, it’s not to say it’s resolved all my worries about moving forward in the industry, but at least it’s reaffirmed that I was right to take a risk to pursue my love for games.

But wait, just what is FRACT? Come back tomorrow as Richard Flanagan talks about his award-winning game.

What the FRACT? Part 3