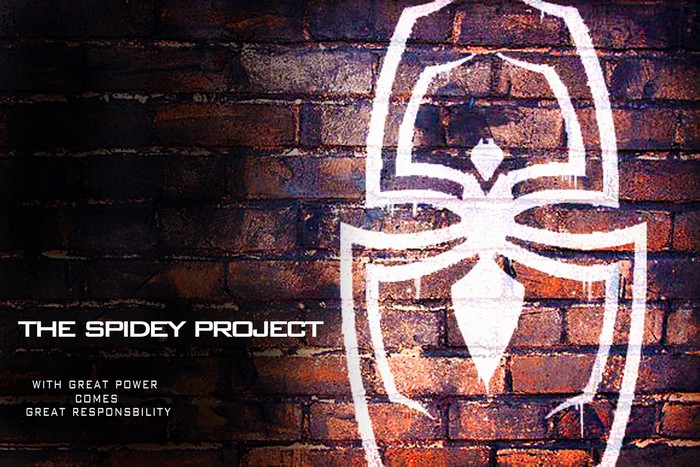 When I first heard about The Spidey Project, I was reading an e-mail from an old improv pal of mine, Louie Pearlman.  He was cast in the project as everyone’s favorite cantankerous newspaper publisher, J. Jonah Jameson.  One Google search later and I found Justin Moran’s blog about the project and his Spiderman Smackdown videos.  As a lifelong Spider-Man fan, I was excited for my friend, but I was also nervous.  I mean, there’s already one disastrous Spidey musical out there, I didn’t want to see the wall crawler suffer a second!

Unwinnable spoke with Beth Gold, the project’s press representative, and her attitude immediately alleviated my fears. “People won’t be seeing a horde of dancing spider-women in shoes..trust me on that one.”

I saw the show last night and I have to say, Mr. Moran and his extremely talented cast and crew put together one of the most entertaining shows I’ve seen in some time.  The Spidey Project is not perfect, but it is a faithful adaptation and 100% loyal to the Web Head’s spirit. 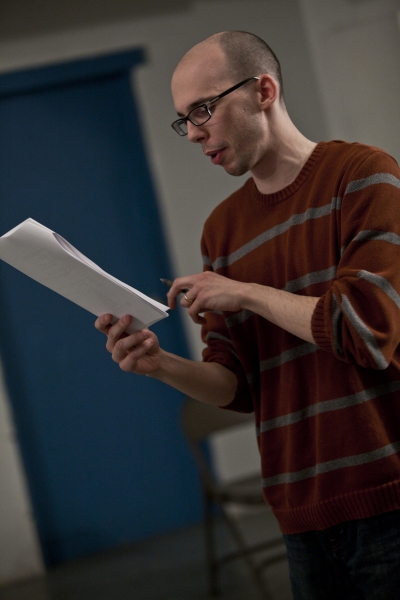 Mr. Moran, the award winning author behind POPE! An Epic Musical, said “[t]he idea came after the last…round of delays were announced for Turn Off The Dark.”  He went on to say, “it was frustrating to watch enough resources poured into one show that could have easily supported several shows for an entire season.”  And so began Mr. Moran’s quest to make a Spider-Man musical for zero dollars in thirty days, one day before the premiere of Spider-Man: Turn off the Dark (which has since been pushed back again).  He posted his first Spiderman Smackdown video.

The video hit the Internet went viral almost immediately.  “Due to Justin’s network in the improv/comedy/musical theater world, so many talented and smart people saw these videos 5 minutes after they were posted and immediately got behind him. Then their friends caught on and they re- posted and their friends re-posted; by time I jumped on board to assist with press Justin had already done most of the work by getting fans,” observed Ms. Gold.

When Peter Parker gained his powers in the comics, the first thing he did was make a costume and get himself on TV. He hit the media with a splash, appearing on variety shows and wrestling events. If the character was created today, he would probably be a viral video superstar, not too dissimilar to Mr. Moran and his series Smackdown videos.  The parallels between this musical’s history and attitude to that of Peter Parker’s story are amazing.

You see, Peter is the underdog. He was the kid that got picked on all through high school. Thanks to fate (and an irradiated spider), he gains spectacular abilities and a chance to make some money for himself and his family. This, of course, went to Peter’s head and his beloved Uncle Ben died as a result of teenage hubris. Now, the team behind The Spidey Project are certainly underdogs. They have no budget, a cast, crew and venue made up entirely of volunteers and donations and the use of parody on their side.  They’re up against a $65 million behemoth based on an intellectual property owned by Disney. No small odds. 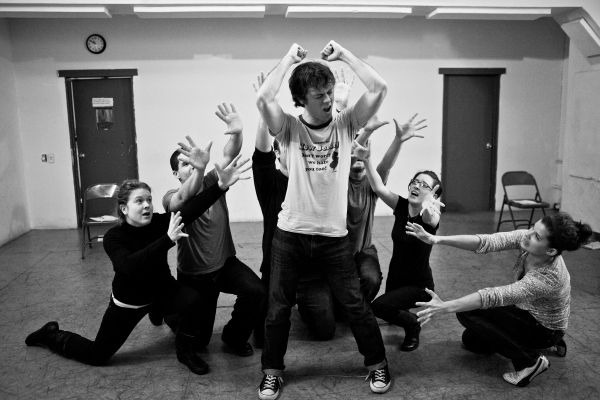 However, unlike Turn off the Dark and Spider-Man himself, their opening night avoided tragedy. 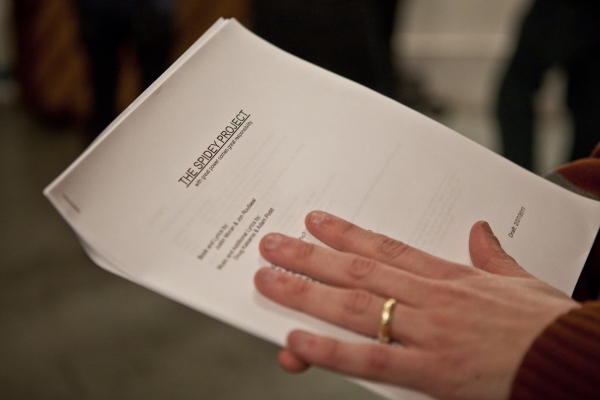 Last night, that thirty days of grueling work paid off.  “Since the time was such an issue,” Ms. Gold told Unwinnable, “everything kind of got set up quickly and we didn’t have much time to look back. It all unraveled and gained speed in a blink.” The cast and the Friendly Neighborhood Spidey-Band really brought their A-Game to the table. Starting with a tune entitled “Peter Who,” the team immediately establish Peter Parker’s character as well as life in Midtown High. It’s a real economical piece of storytelling. In one song, they laughed at the very real plight of high school midterms and identified with Peter Parker’s plight for acceptance.

The story and songs fleshed out Spidey’s early days and even hit the audience with a surprise or two. One moment that blindsided me was Uncle Ben’s death. Poking fun at at the mess Turn off the Dark made of Ben’s demise, writers Justin Moran and Jon Roufaeal had ER doctor describe increasingly complicated and unlikely possible causes of death. They also got Ms. Taymor’s script good with “When I Look At You/Villain Song,” a number that showcases some if Spidey’s sinister foes including Electro and Rhino. There wasn’t a fashion show in sight and, for a project with no budget, the characters were instantly recognizable.

“This is entirely a one-shot deal,” said Mr. Moran, “one smack-down, one night.  Once we prove that it can be done (and done well) for $0 the point is made, and thanks to the process being immortalized on the internet, there’s no need to do it again.”

Well, they proved their point. The show sold out in less than one minute and it ended with a standing ovation. The crowd loved the show. For one night, there was a friendly neighborhood Spider-Man in New York, and judging from the video cameras I saw in front of the stage, he’ll probably be slinging and swinging on the Internet for a long time to come. 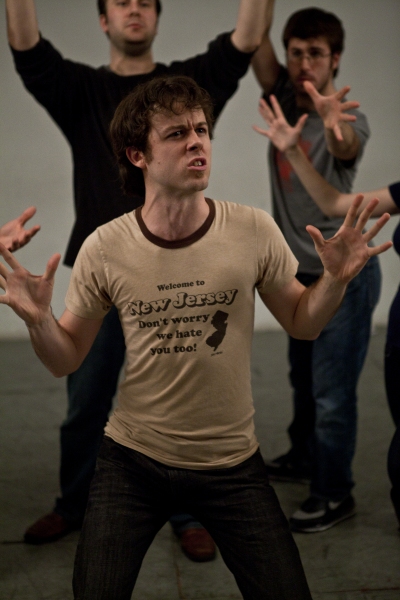 Spider-man, Spider-Man Turn Off The Dark, The Spidey Project