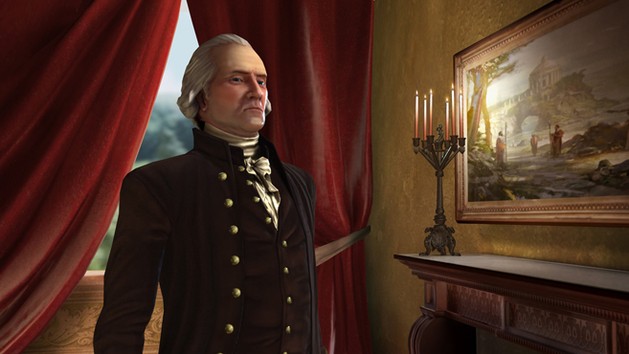 Every day a war is waged on my Facebook wall between my right wing friends and my left wing friends. It’s cyclical and seems to really get heated around the time of an election or a full moon and it seems like the only thing that people are more passionate about than rampant political discourse is their hatred of snow. I see both sides of the coin and realize that political ideologies are just that – Ideas. It’s like if the exact conditions are perfect and every member of society prescribes to a specific world view, then you have created a utopia. For instance, the left believes that social policies should aid people and help the whole herd since the herd is only as strong as the weakest calf. The right, on the other hand, believes that you are fundamentally alone and have only yourself to ensure success in the world. The failing of the left is that some people seek to exploit any system that they are placed in, and the failing of the right is that not everyone begins on a level playing field. The Tea Party, an extreme right political group, believe in the original constitution as a blueprint and that only the smallest amount of governmental interference will lead to a utopia.

But this isn’t a political site! It’s a gaming and geek culture site. I’m not going to talk about political theory, because at the end of the day it doesn’t really exist.

Therefore, here’s my review of Civilization V, which I played using strictly Tea Party politics, in an effort to see if it would lead me to a win in the game or if it would make the entire world a blazing cinder. 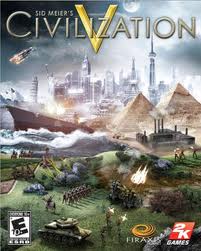 Now that I have explained the political theory a little, let me fill in the second half of the equation and explain Civilization V to you.  Civilization V is a turn based strategy game wherein you pick a world leader from any time period and pitted against other world leaders each of whom have different AI and ways they play. For example, Ghengis Khan is a ruthless killer, and Ghandi is a peaceful and beloved leader. There are also multiple ways to win, such as a scientific victory, a diplomatic victory, total conquest or having the highest score.

So let me start my game.

When creating my campaign I chose General George Washington as my leader. He’s a founding father and the truest iconic representation of our country. The game allows you to pick a few social policies that basically govern the way your country is shaped and I picked Freedom and a Constitution.  I set the beginning era to renaissance period and for my map, I have picked the whole earth. As my first fledgling cities, I have made New York and Washington D.C – a Tea bagger’s wet dream.

Within my first few moves, I have found Napoleon the Wise of France, I see that he is currently not at war with any other nation states, so I don’t know if he would sell me any territory to help fulfill my manifest destiny, but I know that rascal from my history books so I doubt he’ll be able to stop himself from getting into a ruckus.

Slowly over the course of the next few turns, I have discovered Alexander of Macedonia, Ghengis Khan, Elizabeth of England and Otto Von Bismark, all of which inhabit the same continent as I do. One thing about Civilization is that it was never intended to be in any way historically or geographically accurate.

When I first encountered Elizabeth she had already begun a war with the entire world.  And one of the most surreal moments was Ghengis Khan asking me for an allegiance.

But I stuck with a Monroe Doctrine style of isolationism and did not get involved with foreign affairs. The Monroe Doctrine, a term coined by President James Monroe, pretty much says “don’t bother us or colonize near us and we won’t have any trouble.” I concentrated all of my resources on maintaining a strong army and building a sound fiscal infrastructure and for the first 100 years, I was amazed that all my citizens were amazingly happy, which is a feature measured in the game by an emoticon in the upper left hand corner. If you maintain a high happiness of your citizens they increase their productivity and fiscal output. I was truly in a golden age and my green emoticon smiled a huge grin. The only real threats that seemed to be affecting me were the occasional native barbarian horde that would sprout within my borders, but they were easily taken care of.

My ratings as leader went through the roof as other countries squabbled and fought each other. Isolationism as a policy definitely yielded a great first hundred years.

Then something interesting happened close to my bicentennial celebration. Within one round and also without provocation, every country in the world, including ones way across the ocean, declared war on me. Et tu Khan?

It was an interesting turn of events and to be honest my country was definitely not prepared to fend off the naval fleets of England, the horsemen of Genghis Khan or the vicious blood thirsty foreign legion of my direct neighbor, Napoleon.