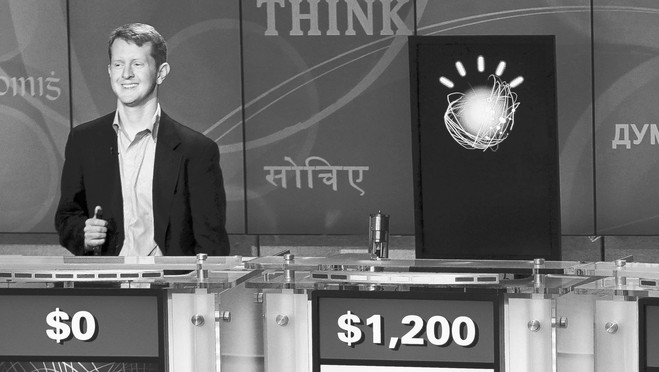 HAL is real, and it plays Jeopardy! In an interesting competitive twist, the legendary quiz show featured “Watson,” an IBM supercomputer possessing the ability to understand and process natural language, facing off against past Jeopardy! icons Brad Rutter and Ken Jennings. The computer won.

Although this is by no means a sign of the end times, Ken Jennings was closer to the truth than he may believe when he joked “I for one welcome our new computer overlords.”

Perhaps he shouldn’t be so hasty.

To witness artificial intelligence at work, to watch an oversized iPhone comprehend natural language and communicate back bridges the comfortable gap between man and machine. I believe that most people ironically view AI from a distance, preferring it to be more the property of science fiction than of technocultural advancement – although one look at our dependence on computers betrays quite the contrary. In many ways, the world is ready for AI. Yet it is much more than simply accepting science fiction as science fact. In turning to it as a crutch, our culture has thoroughly undermined its psychological need to dominate technology – and we are yet to come to terms with that.

And now the jig is up. IBM has presented Watson to the world as an entrée into a future when “computers start to interact in natural human terms across a range of applications and processes, understanding the questions that humans ask and providing answers that humans can understand and justify.” Daily we are becoming more attached to our machines and it seems only logical that our technological future lies with AI. But here’s the rub – Our dependence on computers, smartphones, etc. is still categorized by something of a master/slave relationship, yet that distinction is steadily graying and demands a remedy before there can be any moving forward. The technology is, as IBM hopes, justified. Now, on the heels of Watson, the question begs to be asked – how much are we willing to cede to a machine, and at what cost to ourselves?

Join Peter’s Artificial Intelligentsia by following him on Twitter @PeterLangCrime

A Chronicle of Rage and Frustration